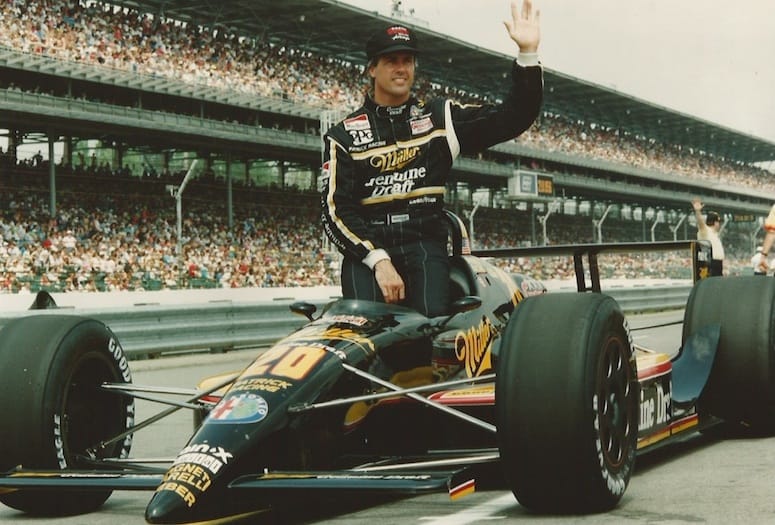 Traveling the globe to partake in historic rallies and races is a fantasy for many sports car enthusiasts.

Legendary racecar driver Danny Sullivan is living this dream as a Formula One Driving Steward… a driver who rotates through the Grand Prix circuit to consult on the tracks and mitigate potential problems in a race. This year, Sullivan plans to travel to Italy, Austria, and Singapore to share his experience and passion for motorsports.

The former Indy 500 winner, inducted into the Motorsports Walk of Fame, no longer acts as a racing commentator on television, but currently, lends his expertise to the Nissan GT Academy and takes the opportunity to see the world traversing Formula One tracks.

Sullivan will lend his expertise to a great cause here in the desert as special guest speaker and honoree at the Inaugural Petersen Invitational, Feb. 21-22, at the private Thermal Motorsports Club. Photo courtesy of The Thermal Club

An overview of the concourse at the private Thermal Motorsports Club.

The Inaugural Petersen Invitational is a fundraiser to benefit the Petersen Automotive Museum’s $120 million renovation project with an anticipated unveiling scheduled for December 2015. The Petersen Museum in Los Angeles is one of Southern California’s preeminent motorsport organizations dedicated to exploring and preserving the history of the automobile and its impact on American life and culture.

The weekend will include Thermal concourse drives, cocktails, and dinner where guests can listen to Sullivan speak about his racing experiences. He will also host a special question and answer segment for current drivers to pick his brain before testing the pavement of the concept raceway in their own cars or from one of the available cars provided by sponsors. Exterior of the Petersen Automotive Museum in Los Angeles.

Sage Lotus of Palm Springs, O’Gara Lamborghini of Beverly Hills, BMW, and Tesla will supply participant ride/drive cars. Rare cars being brought out by participants include a Lotus 19 and a Lister Jaguar. In addition to Corvettes, Porsches and a McLaren, a Ferrari Dino will also be on hand.

“I want to drive around the track,” says Sullivan. “My wife and I always like coming down to the desert. We golf and have friends here. I’m excited about going to Thermal to see what they have done.”

Driving seems to be in Danny Sullivan’s blood. When he’s not looping around a racecar track, he’s often rippin’ up fairways, enjoying a good game of golf.

• "I’m a big golf fan… I love playing the Palmer and Nicklaus Private courses…the Madison Club, The Reserve, The Hideaway.

• My wife and I are big on our dogs…all rescue dogs. We fundraise for the SPCA."