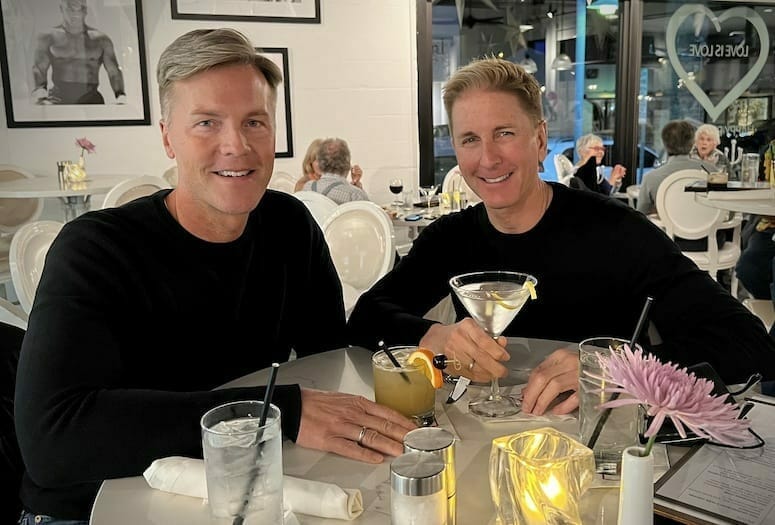 While much of the country celebrates Pride month in June, the summer heat in the desert makes that virtually impossible. October begins the buildup to Greater Palm Springs Pride celebrations in early November when the LGBTQ+ community proudly shows off its diversity.

Since its inception two years ago, Racquet Club Spirits has never shied away from identifying itself as an LGBTQ-owned business. Owners Brian Harke and Matthew Winks, who have been together more than 30 years, wouldn’t have it any other way. For them, showing their pride all year long is as important as the handcrafted liquors they bottle.

“And it gives us a point of differentiation from a lot of other companies and for us, it's not just a June thing,” says Winks. “It’s not just Pride month. That’s a great time to be out there in the world talking about us, but it’s 365 days a year for us. We’re really proud of that.”

Adds Brian, “And I think we’re kind of very much entrepreneurs in that area (liquor industry) because it’s not an area that a lot of LGBTQ people would go into.” 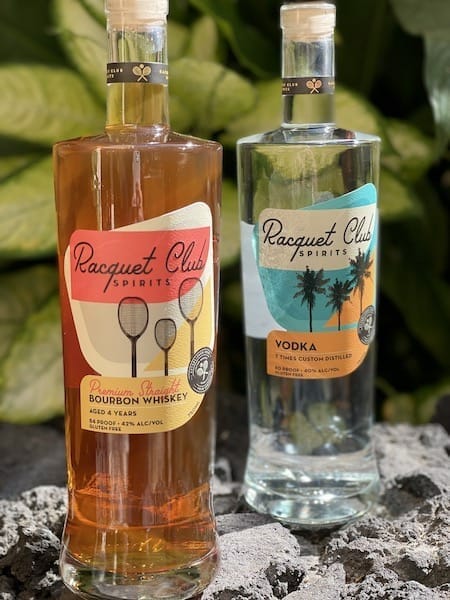 In their conversation with Palm Springs Life, Harke and Winks chat more about bringing a startup business into their relationship, how Palm Springs was the perfect location to start their business, and why Racquet Club Spirits is making inroads not only in the LGBTQ+ community, but across Southern California.

Was there any hesitation of whether you should start a business together?

Winks: I think if you're not asking those questions, you probably are missing something. So, we went in pretty carefully, but there wasn’t any hesitation about working together. We’ve been together for 31 years as a couple, so we know what the other person is good at and what the other person isn’t good at. I think we balance each other pretty well in that regard.

What do each of you bring to the business?

Harke: Matthew is a producer in mindset, so everything is organized and there’s a schedule and accountability. I’m more the “Let's just do it. It feels right.” I trust my gut. I've been through quite a few careers, and they’ve all worked out and led me to a good place, and I’m so much more of a gut-oriented person.

What does it mean to you to identify your business as LGBTQ+ owned?

Winks: That’s who we are, and we’ve always been kind of open about that and the community is so important to us. We know there are a lot of other companies out there that will put a Pride flag on their bottle, but they're not LGBTQ owned and that's all well and good and they do good work, and we appreciate that. But I think being LGBTQ owned is something special about us. 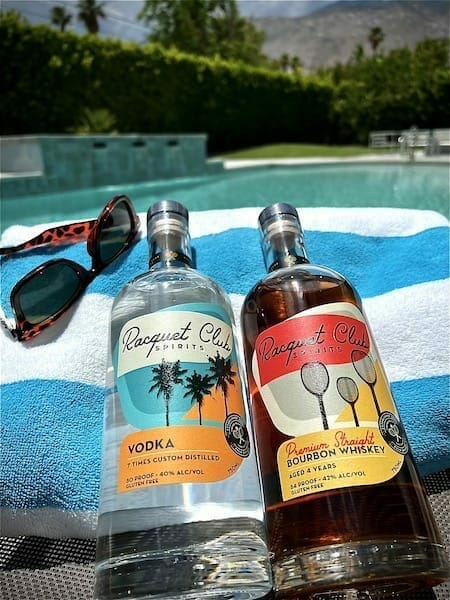 How does your relationship support your business?

Winks: We definitely want this to work out. We’re giving it a ton of focus, energy, and time, and we’re super excited about it, but we know we're going to have to course correct along the way. And so, change is something we’re just expecting, right?

Harke: We’re still learning how to navigate the industry. We’re not from the liquor industry. So, we’ve found some good mentors, which is very helpful, and they’ve been straightforward and honest with us about what we can do, what we can’t do.

Why was Palm Springs an important element to your product?

Winks: I think the Racquet Club story is so well known in Palm Springs, this kind of legendary place where Hollywood stars gathered. And as soon as you tell that story to anybody outside of the Coachella Valley, their eyes light up and their heads explode and they had no idea that this was going down in the desert, back in the 1940s, ‘50s, and ‘60s. It’s such an interesting story. I think that’s been the most fun part to help us just pitch, and watch people connect to Frank Sinatra, Marilyn Monroe, Rock Hudson and Lucille Ball. I think we knew we were onto the right thing when we started focusing on that story.

Harke: We also focused on the idea that at the Racquet Club you could be yourself and they were. They were out here, and the paparazzi couldn’t come out this far. And we wanted to make sure that within our liquor and our brand, that it was something that is as accessible for everybody. That’s why we looked at taste profile so much. Let’s make something that tastes good, that most people will enjoy instead of something harsh and hard and heavy. It’s just a lighter approach to things. 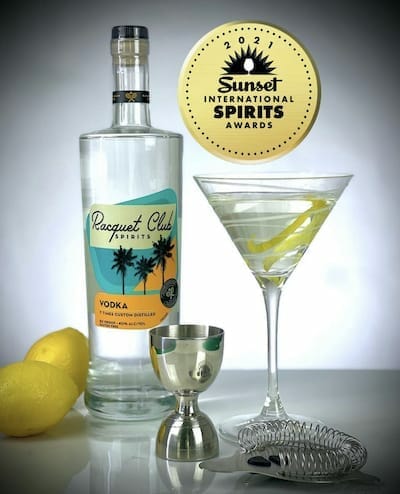 How do your products become part of the whole Palm Springs experience?

Winks: The connection to Palm Springs is a bigger brand because Palm Springs is such a destination for so many people all over the country. So that’s really been helpful too. And I think the bigger and more present we become that idea of this little piece of Palm Springs that you can get in the Bay Area and San Diego, people will search that out and want that connection even if they can't come out for the weekend.

Racquet Club Spirits has been recently certified by the National Gay and Lesbian Chamber of Commerce.