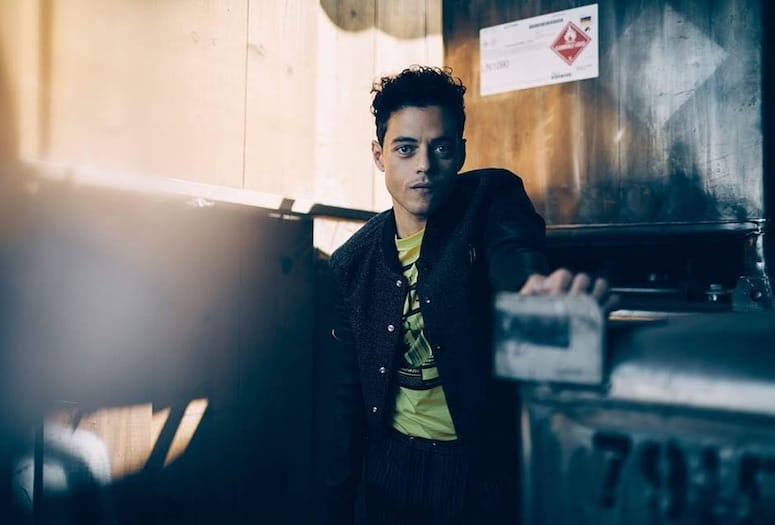 Rami Malek will receive the Breakthrough Performance Award for his role in Bohemian Rhapsody at the 30th annual Palm Springs International Film Festival Awards Gala.  The Film Awards Gala, hosted by Mary Hart and Entertainment Tonight, and presented by American Express, will be held Jan. 3 at the Palm Springs Convention Center. The Festival runs Jan. 3-14.

“In the film Bohemian Rhapsody, Rami Malek fully brings to life and embodies musical legend Freddie Mercury, in what is truly an outstanding performance for this fine actor,” said Festival Chairman Harold Matzner.

Twentieth Century Fox and Regency Enterprises’ Bohemian Rhapsody is a celebration of rock band Queen and its incendiary lead singer Freddie Mercury. With an original screenplay by Anthony McCarten (The Darkest Hour, The Theory of Everything), and story by McCarten and Peter Morgan (The Queen, The Crown), the film traces the rise of the group and its frontman, who so brazenly defied stereotypes and shattered convention.

Though Queen reached staggering global success through their iconic songs (including "We Are The Champions", "Somebody to Love", "Don’t Stop Me Now" and "We Will Rock You") and their revolutionary sound and style, it was not without its obstacles.  Mercury – amidst personal struggles – famously chose to abandon the group in pursuit of a solo career. His eventual reunion with the band at Live Aid 1985 went on to be considered one of the greatest performances in the history of rock music, though this time in Mercury’s life also was marked by his tragic battle with AIDS.