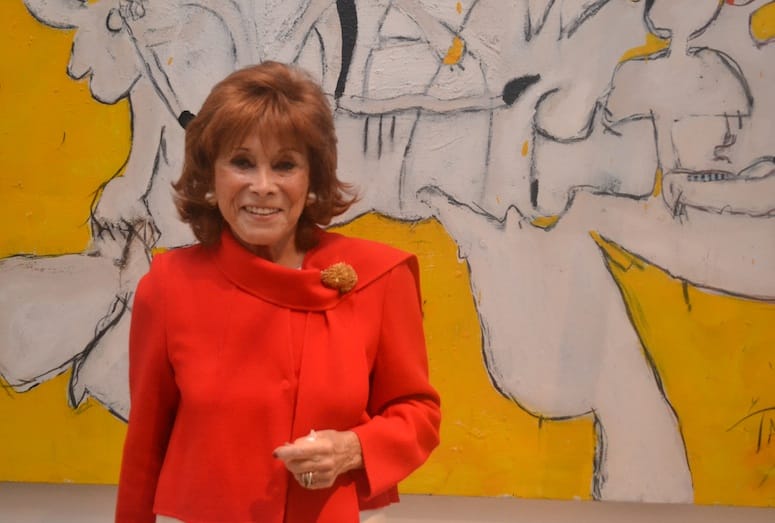 In an age where practically every artist is posting images via social media, TAIRA (she only goes by her first name) has remained refreshingly nonpromotional despite having her work shown in galleries and museums all over the globe.

Starting Jan. 11, TAIRA’s large abstract expressionist paintings and drawings will be on display at the Colin Fisher Studios in Cathedral City. A cocktail reception will be held from 6-9 p.m. Jan. 10.

“TAIRA began painting decades ago, before the onset of the Internet,” says gallery owner Colin Fisher, who met TAIRA via her daughter two years ago. “She’s a well established artist, but you would never know it by looking for her online.”

The mystery surrounding TAIRA begins with her name, which is pronounced, “tie-ERA” and written in all caps. She was born in Russia, raised in Montréal and educated at the L’Academie Julian in Paris, where painter Robert Motherwell also attended.

“Her work has a distinctly European look to it,” says Fisher. “There’s a definite sophistication and depth.”

She was named after her Russian grandmothers, Tatiana and Irina. Her father combined the first letters of each to come up with TAIRA.

“I only sign my paintings with ‘TAIRA’ because my last name belonged to my husband, who was not an artist,” she notes.

TAIRA has enjoyed a lifelong interest in finding others with the same name. Most times, it’s by happenstance. In Tokyo, TAIRA was researching images for her series of butterfly sculptures that were later shown at the Neuberger Museum of Art in New York.

“I asked the gallery owner to search any clan in Japan that used a butterfly image on the inside of their kimono sleeves,” she says. “There was only one clan, from the 10th Century, who were Suma warriors. And wouldn’t you know it, their name was Taira.”

She ended up buying a woodblock print that depicted the Taira clan’s destruction. It hangs in her Connecticut home.

One of her paintings in her Rancho Mirage home was featured in the 1998 film, “Meet Joe Black,” starring Brad Pitt and Anthony Hopkins (pictured above right).

“It was another one of those happy coincidences. The painting was being framed when someone from Universal Studios walked by and wanted it for the movie,” TAIRA explains. “Since I wasn’t a union member, I didn’t get onscreen credit, but they paid me and it was shown in a love scene with Brad Pitt.”

Random objects often end up in TAIRA’s sculptures and paintings.

At the top of one of the paintings in the upcoming show, there’s a distressed piece of wood.

“A couple who was interested in buying the painting asked me to have removed since it didn’t match their modern décor,” recalls Fisher. “TAIRA refused saying that it was an important piece of wood that she had been saving for 20 years.”

VIDEO: Listen to TAIRA describe how the idea for her "Urban Butterfly" painting originated.