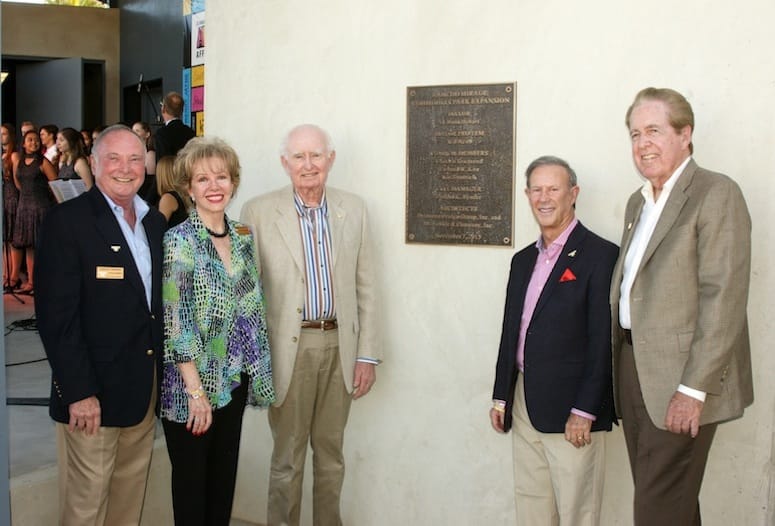 The band played, choirs sang, and Rancho Mirage's new amphitheater opened Nov. 7 with the Rancho Mirage Art Affaire in the backdrop at the city's community park.

The fanfare provided a true sense of community collaboration that went into building this new structure, which is part of the park's expansion by nearly three acres to the west.

The new amphitheater will seat up to 600 guests, and the staged is dwarfed by an impressive cover that includes backstage facilities for performers and the public.

Additional changes to the park will include upgraded equipment to the children's play area, exercise stations, and pickle ball courts.

VIDEO: Watch the highlights of the opening of the Rancho Mirage amphitheater. Saxophonist Eric Darius does a sound check prior to his Nov. 7 concert at the new amphitheater. Eric Darius became the first professional musician to perform at the new amphitheater.