Pete Petitto's Italian Restaurant was at this location in the late 1960s and early 1970s. The building was later used as the Snooty Fox, Rincon Norteno Cafe, and the House of Bamboo in the mid 1970s to early 1980s. The building was razed in 2014 and and is now Audi Rancho Mirage (formerly Desert European Audi).
PHOTOGRAPHS COURTESY LEO MALETTE

There are several fancy names for collectors. Some of the more common lexicons are philatelists (stamps) and numismatics (coins), but did you know people who collect beach sand are called arenophiles, or tie collectors are grabatologists? Leo Mallett is a phillumenist. Contrary to its misleading name, this is not the hobby of collecting guys named Phil. Instead, phillumeny refers to collecting that tiny advertising book found on every table in every nightclub, restaurant, hotel and gin joint. It is no coincidence that, like a pack of cigarettes, matchbooks contain 20 fiery sticks. The brainstorm behind the matchbook was that every time you lit a cigarette with that pack of matches, you were subliminally reminded of the services provided by the proprietor of that branded matchbook.

The advertising gimmick was slowly snuffed out beginning with the 1995 smoking ban in California. Those little matchbooks today are cultural artifacts that document forgotten places, as well as the evolution of existing businesses that passed the test of time.

Mallette, who has owned three Rancho Mirage homes over the past 20 years, has been collecting matchbooks for at least 10 years. However, it was through researching for his first book detailing the history of Rancho Mirage, Images of America Rancho Mirage, published in 2011 that led to his next three published books on matchbooks.

Estimated date is 1955, the original in Washington State, is the State's oldest seafood restaurant. The Rancho Mirage restaurant was located at 71-693 Highway 111.

This was created for Eisenhower's campaign and estimated to be from 1952. Bob and Dolores Hope purchased the 300 acre Anderson Ranch and donated 80 of those acres for the Eisenhower Medical Center. Ground broke in 1969, the dedication was in 1971, and Rancho Mirage was incorporated in 1973.

Currently in its third edition with a fourth on the way, the Rancho Mirage Matchbook Company: A Quirky History Book contains a photo, a brief history, often with apropos newspaper clippings or other memorabilia documenting the year. The book contains over 140 matchbooks with some dating back to the mid-to-late 1940s.

Mallette, an actual rocket scientist who worked at Hughes Aircraft for 30 years before retiring and teaching classes at Pepperdine and the University of Phoenix, says his taste for publishing began with writing bedtime story for his daughter. "It's a 12-page book," he says. "Outside her bedroom was an avocado tree, and I looked out there, and I said, ‘This is the story of Princess Avocado,’ and I started from there."

It was actually a series, but only one was published. “Kids didn't really like them, so I never tried to publish [the rest of the series],” Mallette intones wryly.

His next book was about his mother’s quilts called, appropriately, My Mother’s Quilts. Published in 1995, it's a history woven from 29 (known) quilts Mallette's mother made from 1948 to 1989, with photos of the quilts, and the history that goes along with his mother and the quilt’s recipient. 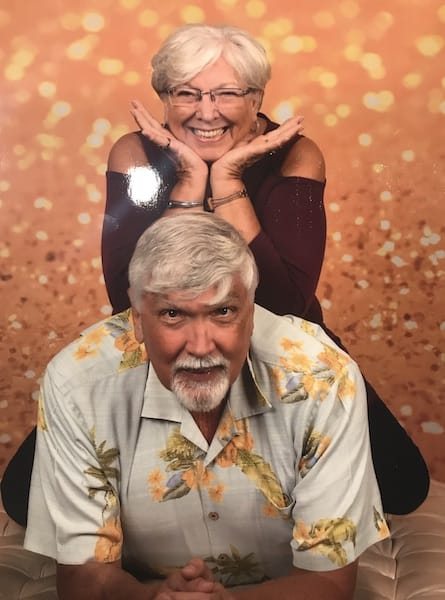 “I started collecting postcards,” the new deltiologist confesses. “I'm up to 150 now.” Mallette’s wife, Kathy, always up for an adventure, chimes in, “I believe in the next book!”