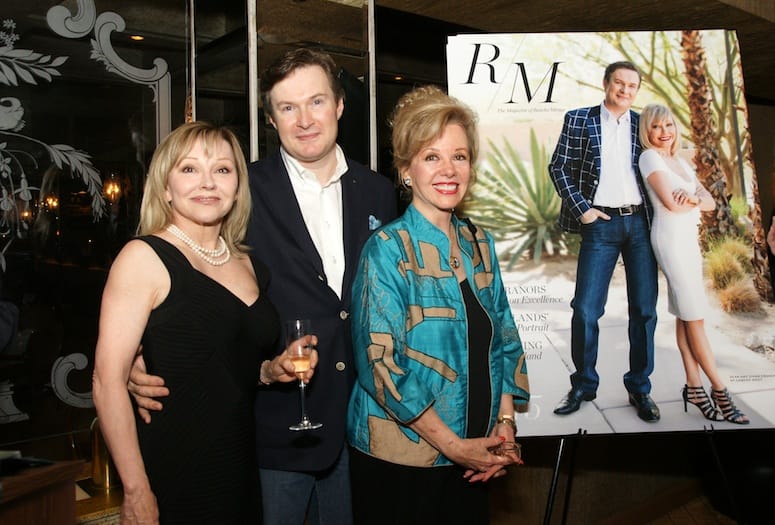 VIDEO: See the unveiling of the cover of R/M Magazine during the Launch Party at Wally's Desert Turtle.

The city of Rancho Mirage celebrated the second issue of R/M Magazine with a Launch Party on Jan. 8 at Wally's Desert Turtle in Rancho Mirage.

Rancho Mirage Mayor Iris Smotrich unveiled the cover featuring Diana and Sean Kranor, who opened a Rancho Mirage location of the successful Camera West in 2010 to put the desert on the map as a place for camera aficionados.

"The magazine is elegant, it's beautiful, it's friendly and its warm and inviting to all its readers," says Smotrich.

The free magazine was distributed to Rancho Mirage residents in January.

Added Frank Jones, publisher of Desert Publications Inc., which produces the publication, "When you see this issue of Rancho Mirage magazine and really how stellar it is, and there are some great stories in there with some amazing art, you will be extremely proud that you live here, the leadership you have, and the vision it has. It's incredible and unique."