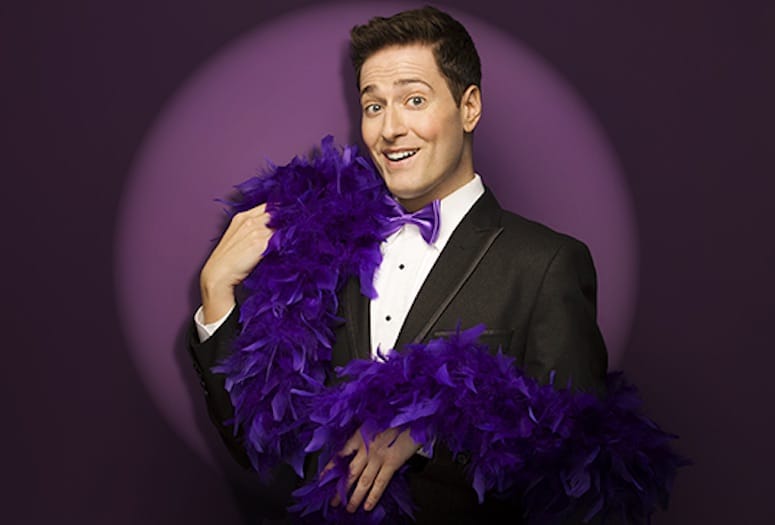 Randy Rainbow: "I trust my instincts. I try not to be too creepy. I’ve always enjoyed the most absurd and irreverent comedy.”
PHOTOGRAPHS COURTESY RANDY RAINBOW

There are those who walk the walk and those who just … well, talk. While President Donald Trump tweets endlessly about “fake news,” Randy Rainbow actually lives it. Or at least pretends to.

It all began nine years ago with a self-made YouTube video titled “Randy Rainbow Is Dating Mel Gibson.” Using the audio of Gibson’s very public, very profane telephone rants with Oksana Grigorieva, Rainbow — yes, that is his real name — created a four-and-a-half-minute clip of him having “phone conversations” with his verbally abusive paramour. The video went viral, and a do-it-yourself star was born.

Since then, Rainbow has become an internet sensation, creating uproarious videos depicting him “interacting” with celebrities like Robert Downey Jr., John Travolta, and Barbra Streisand. (He even did a Christmas special “with” Bill Cosby.) His clever musical parodies and hilariously stinging dialogue reflect all that’s good and hideous about society.

“I just went where the conversation was,” he tells Palm Springs Life. “I automatically gravitated toward the hot button issues — what was on everyone’s Facebook feed and what people were talking about on Twitter.”

And then came President Trump. “When the shit hit the fan in 2016, there was no choice for me,” Rainbow says. “It gave what I was doing even more of a purpose.” 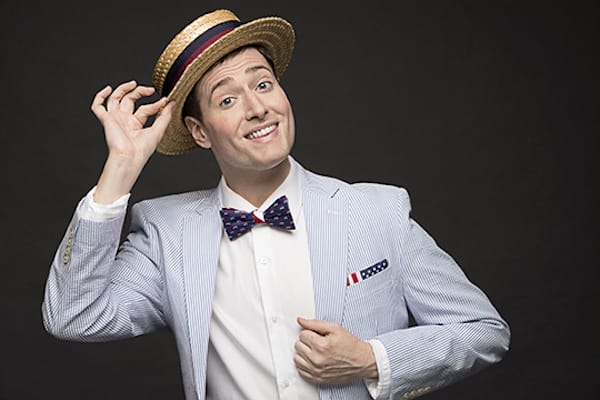 One of his most recent videos, which is aimed at our commander in chief (and as of this writing has been viewed more than 750,000 times), is called “If You Ever Got Impeached” (sung to the tune of “If I Only Had a Brain”) and features such biting lyrics as “With the crimes you’ve been fixin’ / You could be another Nixon / If you only got impeached.”

Rainbow doesn’t worry about going too far. “I trust my instincts. I try not to be too creepy. I’ve always enjoyed the most absurd and irreverent comedy. But we do have to think and be a bit more responsible these days because we’re, unfortunately, in a place where you have to be more sensitive to certain things. That said, I think there is an angle to find and come at every subject — you just have to be a little bit more careful about navigating it.

“And I try to make myself the butt of the joke,” he continues. “As much as I make fun of Donald Trump or Kellyanne Conway, I also poke fun at myself. Which I think makes it a little more palatable for both sides. While I try not to be on a soapbox, my videos now [tackle] more important issues. I’ve developed a more a political voice.”

It’s this voice and talent that Rainbow will bring to Palm Springs Nov. 16—18. Randy Rainbow Live will be presented at the Palm Springs Cultural Center as part of the Outlandish performance series. Though initially only two dates were planned, they quickly sold out and a third show was added, which also sold out.

Rainbow says his upcoming live show is all about the music. “My most popular videos are [song] parodies, so I’m doing all the hits live with a little bit of stand-up woven in and some cheap costumes.” 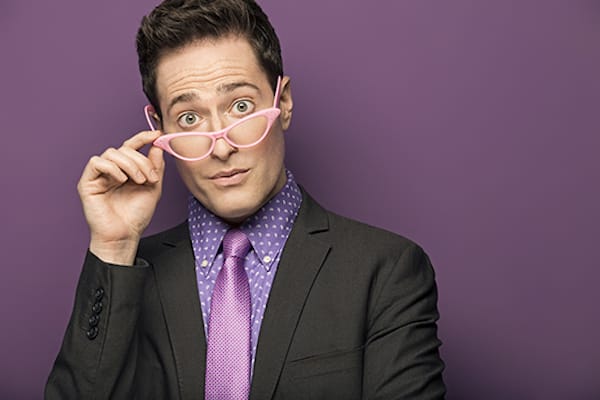 “Yes,” he says, not missing a beat. “Amazon Prime is my costume mistress.”

Despite the slick, professional look of his recent videos, Rainbow is a one-man operation who works out of his apartment in New York City. “It’s just me, a green screen, and a couple of editing programs,” he says. “I taught myself Final Cut Pro and Adobe After Effects. I try to make it look nice, but I have no formal training in that area.”

While his subjects may not appreciate his editorial manipulations, Randy strongly believes in the importance of humor. “I hear from people all the time who say, ‘Thank you so much for helping me cope with this stuff.’ As a comedian, it’s the best thing you can really hear.”

As for President Trump, who has a tendency to publicly respond to those who chide him, Rainbow says he’s gotten no response. “Not yet,” he says. “It’s my goal to at least be blocked on Twitter, but it hasn’t happened yet. I’m trying every day.”

For information on the Outlandish performance series, visit outlandishps.com.