In the upcoming documentary, Who You Gonna Call?, which shines light on the creative and personal life of Ray Parker Jr., the award-winning performer says, “Playing the guitar was my ticket out of Detroit.”

Ultimately, that musical skill elevated Parker onto the national stage, a topic that is bound to be shared in conversation with audiences when the performer hits Westin Mission Hills Golf Resort and Spa’s “Smooth Jazz in the Valley” on Jan. 18. Parker will be joined by his childhood friend and pianist, Kevin Toney (of the Blackbyrds) and bass legend Freddie Washington Jr., best known for writing and playing on the song “Forget Me Nots,” sung by Patrice Rushen.

Parker’s guitar skills may have turned heads, but his own singing and writing are noteworthy. He wrote songs with Marvin Gaye when he was a teen before moving onto to A-listers of the 1970s and 1980s, such as The Carpenters, Chaka Khan, Aretha Franklin, and Bill Withers. When he was asked to compose material for the 1984 film Ghostbusters, which just celebrated its 35th anniversary, even Parker was surprised by its success.

What’s your favorite thing to do in Palm Springs?

I’ve been there many times and one of my most favorite things is the BNP Paribas Open matches. I go every year. A lot of people prefer to go to the New York Open, but I prefer to go right here in Palm Springs. I love tennis. The facility is beautiful. 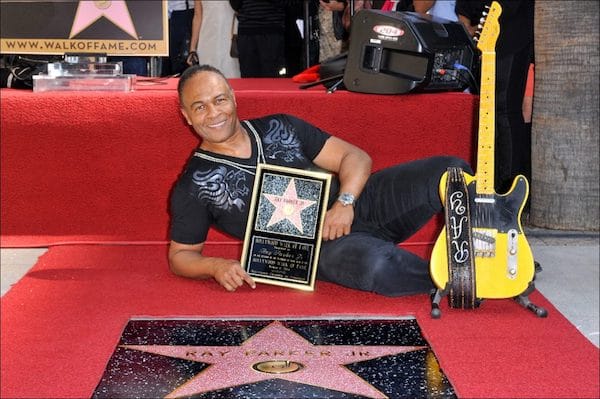 Ray Parker Jr. enjoy his place on the Hollywood Walk of Stars.

What can we expect from this wonderful convergence of talent at Grooves at The Westin?

First of all, it’s going to be fun. I make happy music. I’m not making political statements or anything like that. We have a great cast of musicians. We’ve been playing for years. When we play, the energy changes from song to song and we can make it whatever we want.

In what ways did growing up in Detroit influence you because that was Ground Zero for music and talent and it no doubt informed some of your later hits like “A Woman Needs Love,” “You Got the Love,” “The Other Woman,” and “Jack and Jill?”

I absolutely wouldn’t be playing music today if I didn’t grow up in Detroit, 10 blocks from Motown. Most neighborhoods, kids played baseball or basketball. In our neighborhood, nobody did that. Everybody was trying to play music. That was our football and that’s what everybody worked on. There are so many people from my neighborhood who made it, that it makes you wonder was there more talent or more hard work.

The song “Ghostbusters” is epic to this day. Another movie version will come out next year. Are surprised by the song’s longevity?

We’ve all been surprised about the song “Ghostbusters” ever since the day I wrote it. I thought it was a nice song. It fit the movie. But nobody thought that 35 years later, all the kids were still going to know the song. It’s unlike no other song I’ve known before.

What was going through your mind when you wrote it?

I only had two or three days to do it. The director [Ivan Reitman] told me what he wanted. It wasn’t going to be a whole record so I cut only about a minute of it, just an idea and it would play over the library scene in the movie. It wasn’t a big deal. I didn’t call home and go, “Hey mom, guess what I am doing?” Nobody thought much more of it and then the director talked about stretching it out and it kind of exploded from there.

Tell us more about the upcoming documentary, Who You Gonna Call?

That’s really exciting for me. All of my friends are in it — from Clive Davis to Stevie Wonder, and Bozz Scaggs. It’s a nice thing to have. A hundred years from now, my great, great, great grandkids will watch this movie and say, “Look, somebody in the family did something.”

Speaking of the younger generation … what do you hope to instill in them?

I tell people not to be afraid to live their lives. Don’t have a back-up plan —meaning, don’t learn how to be a secretary in case something else doesn’t work because you’ll just end up being a secretary. I don’t think people shouldn’t be afraid of what’s going to happen. Do what you want to do. And if it doesn’t work, you’re in America, you won’t starve. You can take up at 30 and learn how to be architect or something. But nothing’s worse than not trying. 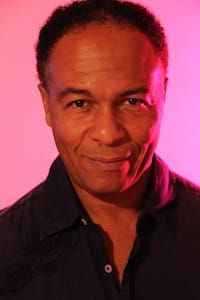 "It’s (Ghostbusters) unlike no other song I’ve known before."