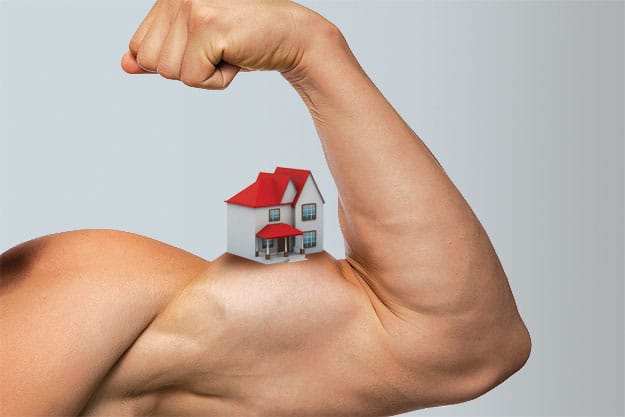 As the Coachella Valley housing recovery continues to evolve, the area’s median price per square foot declined slightly in February. Of the nine desert cities, six grew and three declined.

We see a similar change in home sales. While Palm Springs has generally led Palm Desert in total sales for three years, numbers over the last six months show Palm Desert leading all the cities. This change is primarily the result of “normalization” — the changes in supply and demand that narrows price differences in two similar nearby cities or regions. We think this will continue for a while.

The valley’s 12-month average in home sales in February was 793 units (see graph). This is slightly less than the average last February (812). However, a deeper look into the numbers shows an important change. While total sales were slightly less, the number of normal (non-distressed) sales rose 20 percent year over year. However, the increase didn’t offset the decline in distressed sales, which is why the total slightly declined.

In just over a year, distressed sales have fallen from 50 percent of total sales to only 25 percent. We expect the decline to continue for the whole year. Investors looking for bargains have heavily dominated distressed sales. This change reflects a slow transition of the desert housing market from one heavily influenced by investors to one driven more by individual homeowners. Housing inventory for the Coachella Valley remains fairly low at 3,685 units. It is important that it doesn’t increase much as we move into and through the highest part of the sales year. This will help keep supply in check as demand increases this spring, hopefully fueling price increases.

When we measure months of supply by city (inventory divided by the sales rate), except for high-priced areas like Indian Wells and Rancho Mirage, we like supplies close to four months. As shown in the chart, eight cities are currently under six months. The most noticeable change in months of supply is in Palm Desert. A year ago, months of supply in Palm Desert was 8.7. Now, it’s 5.7. We think this is one important reason why prices in that city have started to increase at a faster rate.