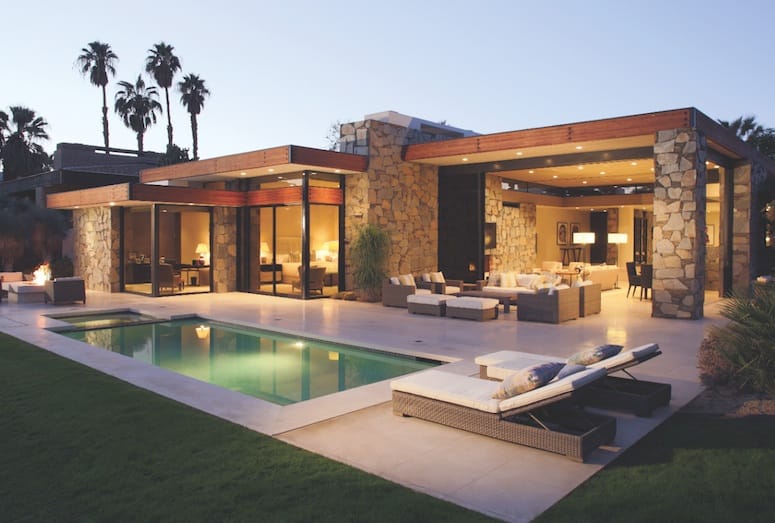 Trailblazers aren’t known for resting on their laurels, and The Vintage Club is no exception.

Witness last summer’s completion of the four-year remodel of the Mountain Course, resulting in a virtually brand-new course built from scratch. Also the $24 million renovation of The Vintage Clubhouse, set for completion at the start of the 2015-2016 season. Complementing these momentous upgrades is the newly launched real estate incentive program. Designed to attract the next generation of buyers, the program—a cooperative effort between The Vintage Club and Vintage Club Sales—is the brainchild of Alan Boeckmann, a longtime Member who plays an active role on The Club’s Buildings and Grounds Committee. Motivated by a 2014 remodel of the Vintage home he shares with his wife, Lisa, Boeckmann encouraged a process that would support updating older houses within The Club to meet today’s standards and styles, lending an extra degree of value to not just the home but to The Vintage Club community as a whole.

While many Members are inspired by this new spirit of home renewal, the thrust of the program is geared toward nonmember investors. To sweeten the deal, these buyers are allowed to purchase property under special terms that reduce membership initiation costs as well as annual membership dues for up to 18 months. The terms allow for greater profit margins for buy-in, remodel, and reselling.

“The program reduces the carrying costs,” says Kevin Chandler, partner and owner of The Vintage Club Sales Office. “It’s designed for investors who recognize the value and premier status of The Club.” Tom Lathrop, president of Lathrop Development & Construction, is one such investor. Since 2000, he has been reworking properties in The Vintage Club, so far fully renovating approximately 20 homes.

“Many of these properties were built with a contemporary aesthetic that went out of favor and is now coming back around again—but in a different form,” Lathrop says. Indeed, preserving some of the past is part and parcel with many remodels, which is why Lathrop often salvages a home’s original stonework—including some that were special imports or from quarries that are no longer active. In many instances, he’ll reinvent the original work by carefully removing the stones and reinstalling them in new areas. In some places, he may expand the look by working in new stone that closely matches the original. In his redesigns, Tom Lathrop seeks to preserve the home’s original stonework, many imports from quarries that are no longer active.

Lathrop has also observed that the needs of many vacation-home buyers have changed in recent years. One frequent request is a distinct space, such as a detached casita with private kitchen, for visiting family and guests so they can be self-sufficient and come and go as they please. Lathrop often finds additional square footage in the oversized closets that were favored in the ’80s. “By reducing the size of a walk-in closet, we can make room for a separate cottage that can fit a king-sized bed,” he says.

Rediscovering the view can also be part of the process. In one recent remodel, Lathrop uncovered a panoramic mountain vista that had become obscured by vegetation, prompting the previous owner to comment that he might not have sold the property had he known what a great view he had. Lathrop also frequently removes architectural elements that may cut into the natural scenery. “We try to create rooms that open up fully to the outdoors,” he says, “and provide an outdoor living arrangement." In transforming a Vintage Club home into a 21st century desert look, Stefan Vogel and Valentina Reutow, who own Von Dassel Group, Inc. in Rancho Mirage, also opened up spaces inside the house to bring the outdoors inside. The single-family home fits into a unique niche of Vintage Club offerings priced in the $2 million to $4 million range. The couple's changes brought in more natural light and created open looks between areas, such as the kitchen to the dining room, and tablet computers bring cutting edge technology to running the home.

Photo at left by Jim bartsch; photo at right by george gutenberg

Stefan Vogel and Valentina Reutow gave the kitchen a makeover, connecting it to the dining area while adding new design elements.

Elizabeth Benton is another investor making waves at The Vintage. Since joining The Club in June 2011, Benton, a former stockbroker, has bought, renovated, and sold five Vintage Club properties and currently has four more in the works.

“I try to create something that will bear the test of time,” she says, “something not easily labeled as a certain period.”

Indeed, the way we enjoy our homes has changed from generation to generation. While most of the early Vintage Club houses were built with formal dining rooms and elaborate living rooms, along with staffed kitchens tucked away out of sight, today’s sense of luxury is more open and relaxed. In her renovations, Benton likes to orient the kitchen to the view and expand that space to include a family area with a large flat-screen TV, an oversized fireplace, and pocket sliders that open to the outdoors. This open layout encourages a more informal lifestyle that begins in the kitchen, where families tend to gather and socialize. Benton also likes to incorporate sophisticated materials, such as stone, wood, and glass, replacing the Tuscan-style stucco and stiff formality of the past. Elizabeth Benton’s redesigns favor generous outdoor living spaces. Inside, the white-on-white décor is accented with organic materials such as stone, wood, and glass.

Beyond just minimizing the distinction between indoors and out, current remodels invariably involve the creation of generous outdoor living spaces with areas for shade, a fire pit, and al fresco dining. The result is a well-planned exterior that becomes part of the home’s interior—perfect for entertaining and a relaxed living experience. That sense of ease extends to prevailing color palettes as well. Favored by most buyers, Benton’s neutral white-on-white palette is enlivened by bursts of color in pillows and fabrics that can be easily personalized. Most homes are sold fully furnished, right down to bedding, towels, and artwork on consignment: buyers can choose to purchase the package of artwork or work with the gallery to swap some pieces out.

“People buying a second, third, or fourth house typically don’t want to spend the time remodeling at a place where they just want to relax, vacation, and play golf,” Benton says. “Because they prefer to see what they’re going to get, we furnish the homes so buyers just have to bring clothes and a toothbrush.”

Streamlined living is also part of a trend dubbed “the Internet of things.” State-of-the-art technology can now control and monitor everything from lighting and blinds to entertainment and security. Energy efficiency, including solar power, is another benefit of the redos.

“This program is great for The Club,” says Benton. “I’m a Member and I do this for a living, but I have the best interests of The Club in mind. It’s the most beautiful development and wonderful membership I’ve ever been affiliated with.”