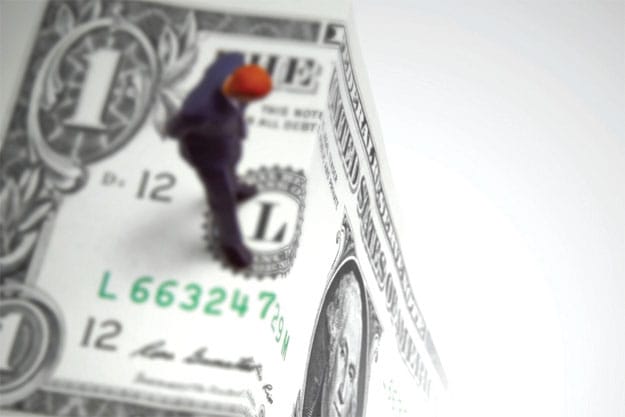 As of Nov. 1, the Coachella Valley’s median home price per square foot was up 20 percent year over year, as values maintained double-digits price gains earned earlier in the year. This is opposite to what happened in 2010 and 2011 when, during the off-season in both years, prices declined about 10 percent. This change in the price pattern is very positive.

We forecast a further double-digit gain in 2013, based on the same three factors we used last year to forecast this year’s gain:

• A continuation of the all-time high in the affordability index as the Federal Reserve keeps mortgage rates at record lows.

• The very low inventory of homes for sale should continue to push prices higher.

The valley’s housing market continues the long healing process from a disrupted market back to a normal one, with the “normal one” calculated to be here sometime later this year — that is, unless some negative event or a recession drastically changes things.

The “fiscal cliff” is one of those major economic events big enough to stop the housing recovery, yet many Americans don’t really understand it; and very few really know what it says about the national economy. They do know, however, that there is strong political disagreement on how to deal with it.

The fiscal cliff takes place on Jan. 2, when scheduled tax increases, along with specific spending cuts in government programs, automatically take place. It was created by Congress and the president as a mechanism to delay decisions about the deficit until after the election, but also force a resolution before the end of the year. It would immediately cut deficit spending from $1.3 trillion a year down to about $600 billion.

Both the International Monetary Fund and the Congressional Budget Office project this sudden drop in spending would produce a mild recession in 2013 and push unemployment back over 9 percent. Since we believe neither party wants to be held responsible for causing a recession, Market Watch feels Congress and the president will agree to replace the cliff with something smaller: a “mini cliff” with smaller tax increases and small spending cuts. It would leave deficit spending high, but possibly maintain current levels of employment. Essentially, they will buy more time for the economy to grow.

However, America is really between a rock and a hard place on this. The rock is both a recession and higher unemployment if we stop going into debt; the hard place is death by too much debt if we don’t.

We are currently adding more than $1 trillion a year to the U.S. debt, which is now more than $16 trillion. At that rate of increase, America will have a debt to gross domestic product of 160 percent in eight years, which is the same ratio as in Greece. Remember, preventing America from becoming Greece in economic terms is what the fiscal cliff was designed to prevent. A mini cliff would save more jobs and keep the housing recovery going, but it would continue America on its path to debt Armageddon — just at a slightly slower rate. It’s a difficult problem and reminds us why we never wanted to be politicians.