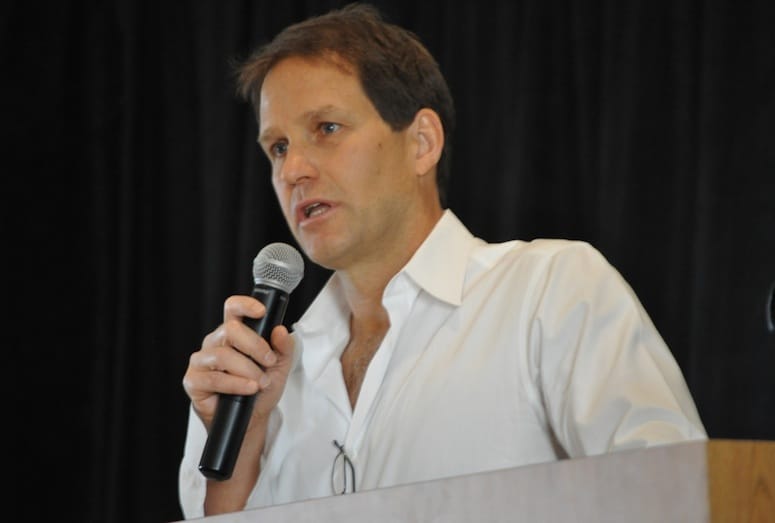 Frank Jones described his father as giving in relation to being a legacy.
Photo by Jim Powers

Of the hundreds of cards, emails and phone calls that came in following the passing of his father, Frank Jones kept seeing one word repeat itself in describing Milt Jones, publisher and owner of Palm Springs Life.

"It was used in so many different ways, I had to get the dictionary out," said Frank. "The word that resonated most of legacy was the word, gift."

Frank Jones was one of five speakers to share their thoughts June 4 before a full ballroom at a reception honoring Milt at the Hilton Palm Springs. Milt Jones passed away May 21 at the age of 84.

"The one thing that Milt did was that he was giving," Frank said. "The gift that he was giving was your self determination, your own unique promise. There was a profound intimacy to that. I think that intimacy is what we responded to. That is what was filling us. That's where I think the legacy lies."

The remaining four speakers- Gloria Greer, Kyle Radke, Jim Doyle and Sheila Grattan – spoke of their relationship with Milt through Palm Springs Life or the Jones Agency. In each case, they noted the attention being paid to Milt this day would have been the last thing he would have wanted, and yet was so deserving.

VIDEO: View the remarks of five speakers at a reception honoring the late Milt Jones.