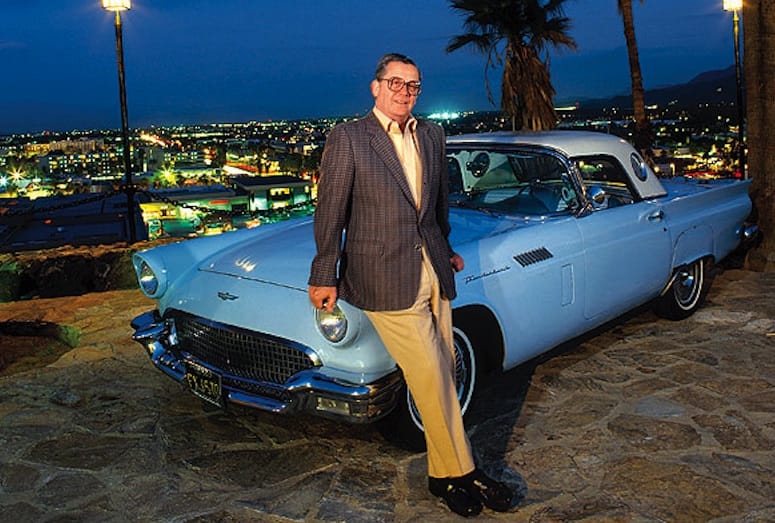 A reception celebrating the life of Milton W. Jones will be held at the Hilton Palm Springs at 12:30 p.m. June 4.

Jones, publisher of Palm Springs Life, owner of Desert Publications Inc., and president of the Jones Agency, passed away May 21 in his Palm Springs home. He was 84.

Jones was born in Los Angeles and moved to Palm Springs from Newport Beach in 1957 to open Center Pharmacy in Cathedral City. After becoming disenchanted with the pharmacy business, he went on to sell ads for local radio station KDES. There, based on client requests, his role grew to include providing additional media services, such as writing news releases, taking publicity photos, and planning advertising budgets. This experience led Jones to open his own advertising agency. By 1959, he and partner Bud Taylor launched the Taylor/Jones Agency.

It was during this time Jones met and married the love of his life, Rita — a native Vancouverite who relocated to Palm Springs in 1946. Their son, Franklin W. Jones, was born in 1962.

Milt Jones is credited with pioneering sports marketing and special events in the desert. In 1963, the Taylor/Jones Agency handled the Frank Sinatra Celebrity Invitational and Bob Hope Classic programs. He also marketed and merchandised the Colgate Dinah Shore, becoming friends with Dinah along the way. (It has been said that Jones golfed with Dinah, dined with Lucy, photographed Marilyn, and partied with Frank.) Through the years, Jones has owned magazines, restaurants, radio stations, bus shelter systems, airport displays, and several other related businesses. He has shared deep and meaningful relationships with most of the area’s key business leaders and has served as a marketing liaison for many of the valley’s cities and hospitals.

He was also publisher of San Francisco, the city’s premier monthly magazine, from 1970 to 1978, and played a leading role in the formation of the national City and Regional Magazine Association. In 2002, the organization presented Jones with its Lifetime Achievement Award. Jones was honored this past February with “A Legend in Advertising Award” by the American Advertising Federation. Jones has built Desert Publications Inc. into what it has become today, including the Jones Agency (an evolution of the Taylor/Jones Agency) — which handles advertising, public relations, and marketing for numerous clients throughout the Coachella Valley, California, Arizona, and Mexico — and a host of publications: Palm Springs Life magazine; Palm Springs Life’s The Guide; GuestLife, a series of in-room guidebooks in Monterey/Carmel, Albuquerque/Santa Fe/Taos, and El Paso; the McCallum Theatre program, a series of guides for Newport Beach, and Pebble Beach: The Magazine. Desert Publications Inc. is also a partner in publishing the monthly San Diego magazine and annually produces Food + Wine Festival Palm Desert and Fashion Week El Paseo.

A stalwart promoter of Palm Springs and the Coachella Valley, he has spent his life highlighting the area as the world’s greatest in which to live, work, play, and visit.

In lieu of flowers, the family requests that donations be made in Milt’s memory to your favorite charity.