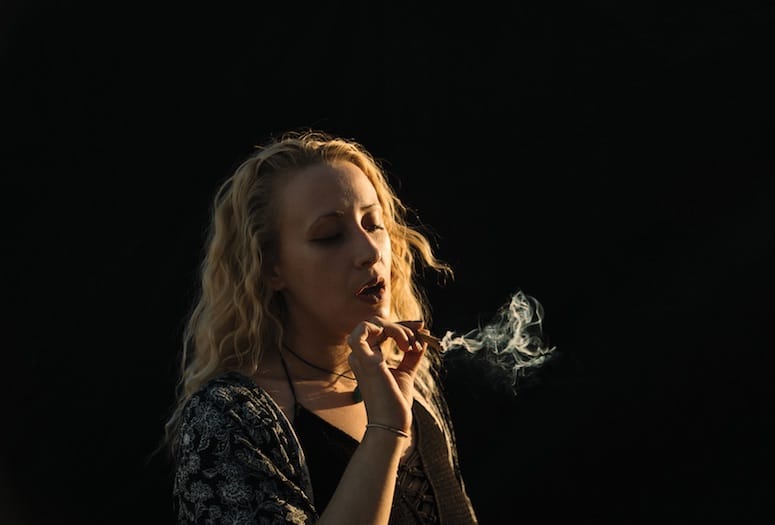 A long time ago, decades and decades, I wrote a song called “Reefer Blues.” I was 19, a freshman in college, although it would be a stretch to say I was studying anything. Later, at the start of winter, I’d meet the woman I would come to marry; after our first night together, she showered, put on fresh clothes.

What are you doing? I asked.
Getting ready for class, she told me.
You go to class? I said.

In the fall, however, before our paths crossed, I was most often alone. I shared a room with a rugby player from suburban Boston; each night he drank while I smoked weed. I was trying to write an album: 10 songs, a mix of rockers and ballads, music and lyrics intertwined like a set of road maps to a country I wasn’t sure existed, beyond the borders of the world in which I lived. There was something about my lack of expertise that I found freeing; I could play, but I was limited. The lyrics, too, their structure, their requirements (verse/chorus, verse/chorus, middle eight, verse/chorus), relieved me of my ambitions, my pretensions; if nothing else, I had to work within the bounds of rhyme. Can anybody here get me stoned / Turn me on, let me buy a bone, “Reefer Blues” begins, the second line emerging like a tapeworm, as if it had been pulled out of the belly of the first. 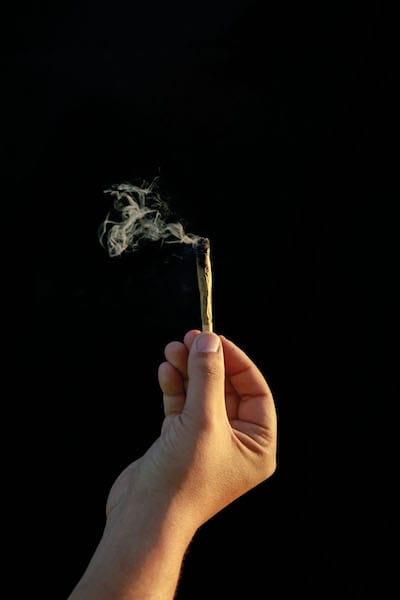 It was sonic, this connection, rhythm as driver of meaning, expression of the body, not the head. That was the appeal of smoking also, the fuzz it flowed into my bloodstream, softening the edges of … well … everything. I was a wake-and-bake stoner, joint first thing in the morning, joint last thing at night. Still, even then, I want to say, I was aware of the flip side: I’ve got the reefer blues, reefer blues, I sang in the chorus, to get a few joints, I’d sell my shoes. Four years later, when I recorded the song, I laid down an acoustic guitar track — dirge-like, minor key for the most part: A minor, D minor, E minor, G — then dubbed harmonica on top of it, finishing with lead and backing vocals, the former sung in a voice that cracked under the weight, the desolation, of the lyrics, which was (how could it not be?) by turns real and utterly contrived.

“Reefer Blues,” of course, was an appropriated title, sort of, a riff on countless songs, going back to the 1920s: “Reefer Man,” “Blue Reefer Blues,” “Reefer Song.” I both knew and didn’t know this music, or perhaps it is most accurate to say I recognized the milieu. I had seen a midnight showing of Reefer Madness, the 1936 exploitation film (“Women Cry for It — Men Die for It!” read the title card) in which a brother and sister, both high school students, are seduced into sex and murder once they start to get high. My favorite scene involved a character named Ralph, pushed over the edge by his addiction: “Play faster,” he demanded maniacally of a young pianist as marijuana smoke leaked out of his mouth. Reefer Madness was a joke, identifiable because the message it was pressing was not so different from the one expressed by many adults I knew. In 11th grade, after being caught on school grounds with a hash pipe,  I listened to an administrator’s lecture on the difference between that and pot; Hash, as you know, is addictive, he informed me across the square desk in his office, and  I understood, with something of a physical impact, that I should never trust an authority figure again. Hash, I almost said, it’s nothing. Have you ever tried it? But  I knew this would implicate me on a level I did not, in this setting, wish to be implicated, that it would mark me in some public way. 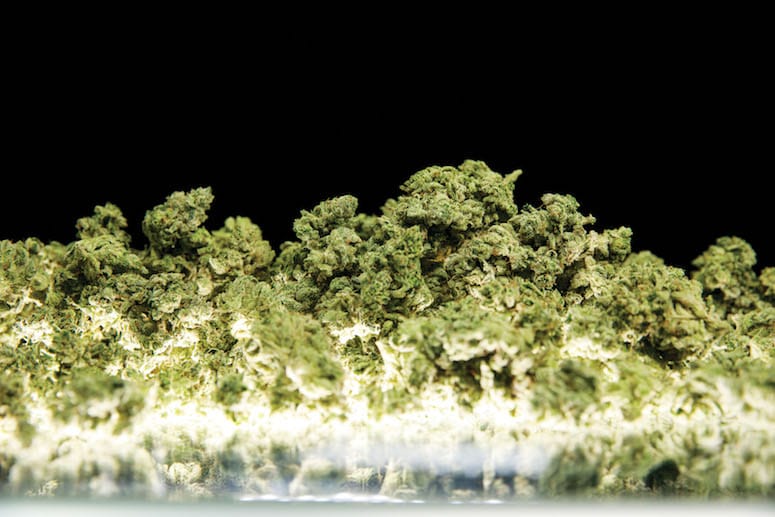 In some public way. For that was the thing of it, wasn’t it, the idea of weed, of reefer culture, as a kind of secret language, a code by which to read the world? Such an intention was only appropriate; what is adolescence, after all, but the search for a way of living, a way to make all the randomness, the arbitrary rules and regulations, cohere? I don’t mean only human regulation, human randomness, but also existential — I took drugs to see the face of God as much as anything. As a teenager, I was all about peeling back the surfaces, trying to see the hidden patterns, from the Kennedy assassination, which I investigated with a vigor I rarely brought to schoolwork, to the counterculture, which I fetishized with the zeal of one who had just missed out. My touchstones were the Beats, the Grateful Dead, Abbie Hoffman, Haight-Ashbury, and rock ’n’ roll. Weed was an aspect, perhaps the most important aspect, because it felt present, and thus indisputably real. I didn’t have to imagine what it would be like to be there; all I had to do was smoke and I’d arrived. The adults, they were clueless — a little Visine, some mints, and I could go to class or student council meetings, pretend that I was on their side.

This pretending was important, not as a game or a get-over, although that too, but also as something serious, a pursuit or posture, political and personal, a strategy to stand apart. It was both knowing and ironic … nudge, nudge, wink, wink, as Eric Idle said. Once you were aware, you saw it everywhere, those hints and references, on TV and at the movies, in songs such as “Willin’ ” or “Panama Red.” Then, there were the writers, among them Terry Southern, who defined a hipster style with his novels Candy, The Magic Christian, Flash and Filigree. In the latter, a detective doses his physician client (“ ‘Hashish?’ said the doctor in evident surprise. ‘Did I understand you to say hashish?’ ”); the effect is that of a put-on, implicating both characters and readers until the line between satire and reality — always thin with Southern to begin with — is erased. Indeed, the hash makes everything unravel, until meaning, narrative even, evaporates. “My point,” the doctor argues, high without realizing it, “is this: our general perspective, our sense of — of values, so to speak, may undergo a change — a decided change which we might fail to take into account — to calibrate — unless, this is my point, we are prepared to take this, or such a change, into account!”

Part of the appeal here was the hash, which offered a whisper of my own experience. Yet even more, it was being on the inside of the joke. There’s no way to write such dialogue if you haven’t gotten high yourself, nor is it possible to read and get the point. Circularity is the whole idea, stoned logic masquerading as profundity. The gag is not just on the doctor, on the straight world, but on us. I loved that, humor that made fun of itself. I loved that nothing was off limits, that at the end of the road, after we gathered the context clues, where we found ourselves was with … ourselves. I want to be careful what I say about this; I am older now — as old, at least, as that high school administrator — and I have seen the ravages. 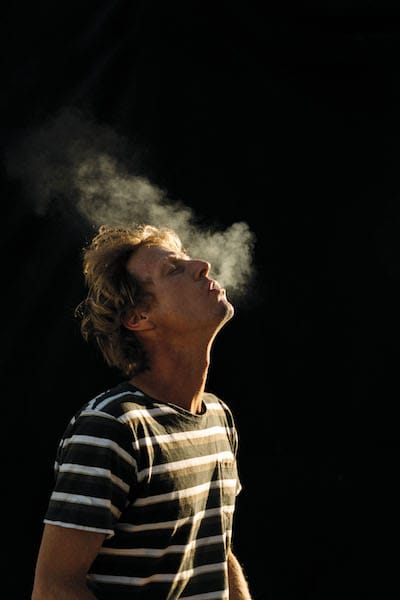 Weed for me, it was a gateway, just as the abstinence mongers warn. And yet, what does it mean that I still smoke it, long after walking away from other drugs? Although it’s tempting to frame through such a filter, I claim neither perseverance nor defeat. Instead, I prefer a different frame of reference, not unlike the process of writing music, a frame for decentering oneself. The road of excess leads to the palace of wisdom, William Blake wrote in The Marriage of Heaven and Hell nearly two centuries before I was born. For many years, I held that proverb like a promise, a set of operating instructions, a psychic Get out of Jail Free card. I used it to justify everything, and I’m not sorry, neither for the heights nor for the depths. My ashtray’s full of roaches and my head is full of haze / And surely this is less than the full measure of my days: This, from another song, the last I ever composed, a decade after “Reefer Blues.”

Now I live in a state where cannabis is legal, where you can get it any time you like. Just head on over to the dispensary; there are three within walking distance of my house. I stand on the street and smell it, all hours, every neighborhood, see great vape clouds expelled through drivers’ windows when I stop at traffic lights. I am not complaining — I believe strongly that all drugs should be legal, as a matter of both public policy and liberty — and yet I’d be lying if I told you that I didn’t feel the slightest bit displaced. Reefer, after all, was once a symbol or a signifier … or at least we allowed ourselves to believe it was. It was a gateway, not only for other drugs but also for a sensibility, a set of experiences; simply to figure out where and how to buy it was something of an initiation rite. That was what I hated most about marijuana culture: the endless shortages, the ridiculous small talk when the only purpose of the exercise was commerce: First thing you learn, Lou Reed sang, is that you always got to wait. All the same, you never lose the muscle memory, just as you never quite forget how to wrap your fingers on the fretboard into the shape of chords.

As it happens, I did give up on music, not long after I wrote that final song. It was a country that ceased, in some sense, to exist for me, although the maps that I created lingered, like the echoes of some distant myth.

I still own instruments; they sit in a corner of the living room: my old Yamaha acoustic, same guitar on which  I recorded “Reefer Blues,” out of tune, dusty, one string missing, propped against the upright piano that I also rarely play. Earlier, while writing this, I ventured out  to make sure I remembered the progression, then ran through a couple of verses, singing to myself in a low voice as I strummed the hollow chords. Here’s one couplet I sang: I like the escape if you know what I mean / Spaces me out — kills that ambitious scene. Here’s another: Just let me turn you on to my reefer blues /  It’ll cure you of boredom — something to do. I hesitate to quote my 19-year-old self; no good can come of it, and yet at the same time, I see something of the sensibility to which I aspired, in which the joke I am telling is also being told on me. What I didn’t realize — alley oop,  I’m afraid — is that I was also telling the truth. I did like the escape and I still do; there remain moments when I’d rather smoke than anything. It may be cannabis, in other words, an industry with lobbyists and a connoisseur culture and a tax base and a million different strains, each with its own therapeutic purpose, but, for better and for worse, it will always be reefer to me.

David L. Ulin is a 2015 Guggenheim Fellow and the author, most recently, of Sidewalking: Coming to Terms With Los Angeles, which was shortlisted for the PEN/Diamonstein-Spielvogel Award for the Art of the Essay.