With 10,000 square feet to play with, Reforma Palm Springs is going big. The lounge and supper club, slated to open in the fall of 2022, aims to energize its historic building in downtown Palm Springs.
Originally a J.W. Robinson’s department store, the recognizable fixture was designed by Charles Luckman and William L. Pereira and completed in 1958. “Our intention is to bring an active nightlife to that part of Palm Springs,” says co-owner Rob Giesecke about Reforma’s location at the intersection of South Palm Canyon Drive and West Baristo Road. “It will be a great block for people to discover at night.” 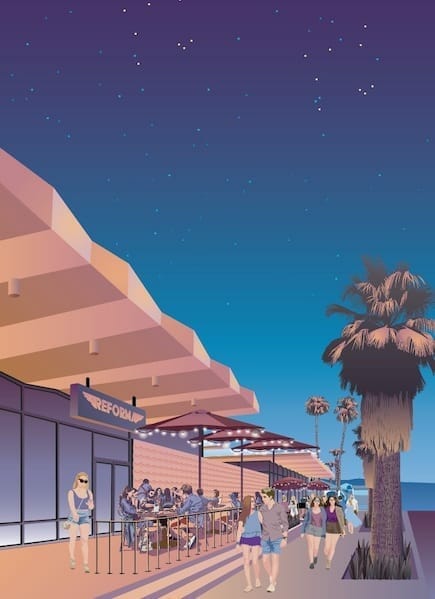 Giesecke, who also operates Chill Bar in Palm Springs, describes the menu as “being inspired by Latin America, from Mexico to Chile and Argentina.” The interior evokes what Giesecke describes as “metropolitan Latin America and the capital cities,” with a setting enhanced by a striking site-specific mural by artist Ricardo Ruiz, whose work can also be found in Riverside’s Cheech Marin Center for Chicano Art & Culture.

Patrons can savor executive chef Erick Hernandez’s creations in the main dining room until later hours, when the space is transformed into what Giesecke says is poised be the valley’s largest dance floor, rocking a state-of-the-art Pioneer sound system to complement lighting and visual effects by Steve Lieberman and Ben Rehm of SJ Lighting. 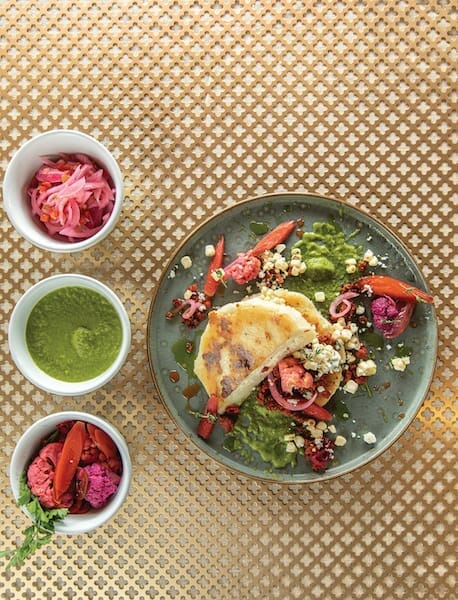 DJs will get the party started on Friday and Saturday nights, with programming designed to evolve. Those who prefer a relatively quieter evening will be able to enjoy food and drinks in lounge areas away from the dance floor, as well as outdoors beneath the building’s signature concrete canopy.