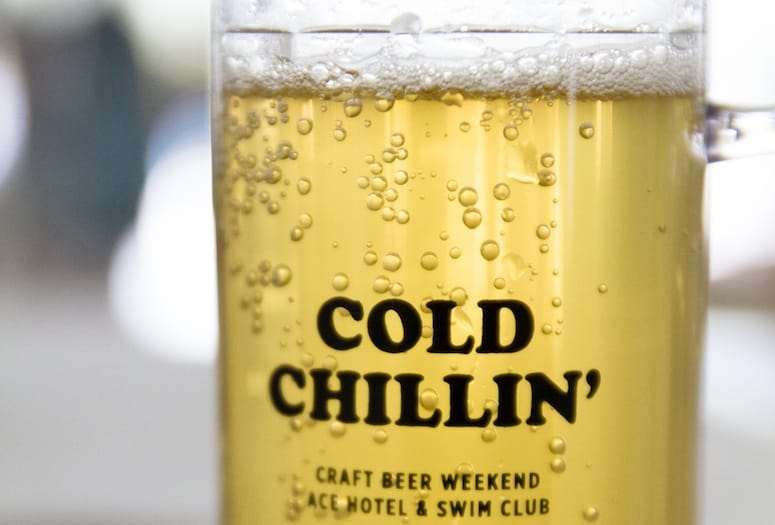 And arguably, there’s nothing like the first sip of an ice-cold beer to bring you a thirst-quenching chill.

Events are scheduled over the two days, and include a pool party with craft beer vendors from across Southern California. La Quinta Brewing, Hangar 24, and Modern Times Beer, to name a few, will be on hand for tastings from 3-10 p.m. Aug. 29. Live musical poolside acts will include Butch Walker, Brian Whelan, The Drowning Men and some additional special guests.

Calderin is excited about this particular beer tasting extravaganza. “It’s a great event. This year will be awesome,” he says. Calderin and his staff will team with Stone Brewing Co, based out of Escondido, which will provide select beers for each course. Stone Brewing’s year ‘round releases include Palm Ale, Delicious IPA, Go To IPA, Stone Cali-Belgique IPA and their bottled Stone Ruination Double IPA —  all potential contenders to be enjoyed with Calderin’s menu.

Calderin’s favorite Stone product: “The Stone Smoked Porter because the flavor is unique and it will blend well with my dessert choice.”