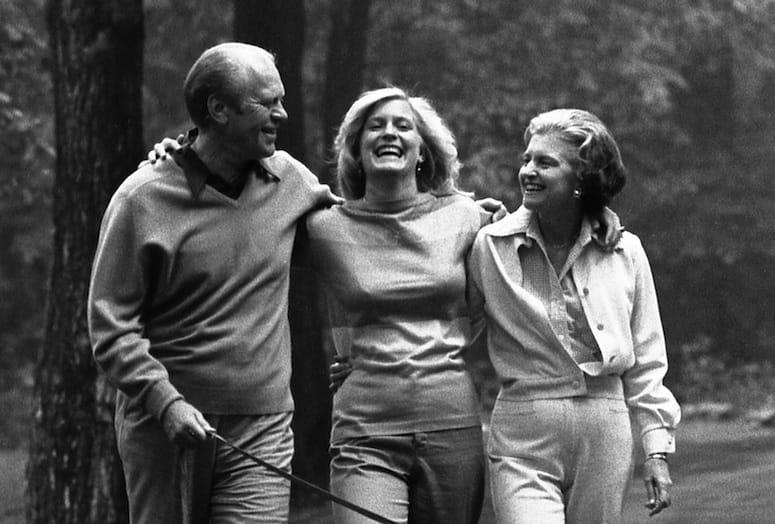 If President Gerald Ford, a former house minority leader and the man who pardoned President Richard Nixon after Watergate, were alive today, his daughter says he would probably tell Americans, “People need to learn to get along and work for the best of our country. Bipartisanship does exist and can work.”

Susan Ford Bales says there were relationships across the aisle during her father’s tenure in Washington, D.C.

“People need to learn to disagree without being disagreeable,” Bales says. “You could look at my dad’s relationship with Tip O’Neill (speaker of the house from 1977-87). Carl Albert [speaker of the house from 1971-77]was one of the people who told President Nixon, ‘Gerry Ford is the person you’re going to get, through the House and Senate, as vice president.’ President Nixon had other people in mind. Carl was from the other side of the fence but he had worked with my dad for years.” Ford became vice president after Spiro Agnew resigned, following the Watergate investigation.

Bales, 59, was in the desert late January to speak about her parents at the Rancho Mirage Writers Festival. The Fords made Rancho Mirage their home during their post–White House years, and Bales will reflect on those times during a second presentation, “President Gerald and Betty Ford: Their Lives & Legacies,” March 6 at the Annenberg Center for Health Sciences at Eisenhower Medical Center in Rancho Mirage. Her talk is part of a JFS of the Desert series, Desert Icons, hosted by Patrick Evans of CBS Local 2, following a 6 p.m. VIP reception. 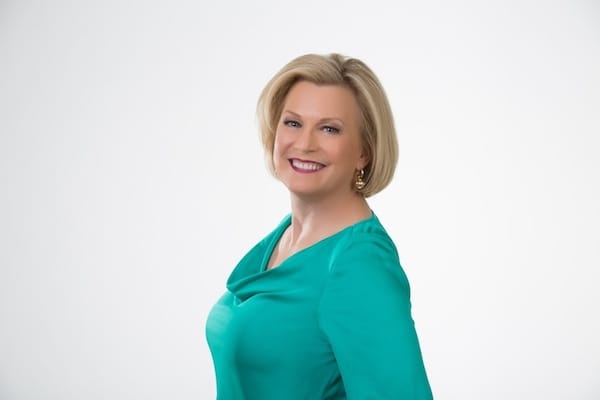 PHOTO COURTESY OF SUSAN FORD BALES
Susan Ford Bales says her mother would have supported the Women’s March on Washington, D.C. in January: “She would have reminded women why they should feel empowered to express their views, no matter what the political way is…”

Bales says Rancho Mirage was the perfect place for her dad to enjoy golf and for her mom to relieve her arthritis pain. Her parents stayed here until their deaths in 2006 and 2011, respectively.

“My parents had been going to the desert for many years on vacation before they lived there,” Bales says. “Mother could go shopping and not be bothered by people. They could go to restaurants and people would let them eat in peace. They were supporters of many things in the desert: Betty Ford Center, Rancho Mirage Library, McCallum Theatre, and many events.” The Fords also had a home in Colorado.

The former first lady co-founded the Betty Ford Center for the treatment of drug and alcohol addiction after her daughter led a family intervention. Bales recalls her mother’s pill and alcohol problems had increased while her dad was out of town on the speaking circuit during retirement. The nonprofit has since merged with another national pioneering organization to become the Hazelden Betty Ford Foundation, for which Bales serves as a board member.

Betty Ford inspired a nation of women when she went public after surviving breast cancer with details about her addiction and recovery. She and Gerald Ford helped launch National Breast Cancer Awareness Week in 1984. Bales says her own upcoming talk will look at the “highlights and lowlights” of her parents’ journey. Her mother was an outspoken advocate for the Equal Rights Amendment and for abortion rights. If Betty Ford were here today, she would encourage women to continue to pursue equality, says Bales, noting that one of her own daughters attended a rally the weekend after President Trump’s inauguration.

“Mother would have cheered on the women, especially as long as they were in a peaceful manner,” she says. “She would have reminded women why they should feel empowered to express their views, no matter what the political way is, Republican or Democrat or Independent or whatever. If you look at health care for example, it’s divided into two different things — before Betty and after Betty — because of what she and Rosalynn Carter did for health care. They went up on the Hill to lobby [for legislation] so that depression and alcoholism would get covered under insurance.”

Bales says the Carters were some of her parents best friends, along with President George and Barbara Bush, whom they had known for many years before Ford became president in 1974.

Following Nixon’s resignation, Ford said in his presidential inauguration, “This is an hour of history that troubles our minds and hurts our hearts.” President Carter honored Ford in his own inauguration speech in 1977 by thanking him for “healing our land.” Bales says her dad cherished that moment for the rest of his life. She says Carter’s mention of her father in his opening remarks “is a shining example of what many politicians today should look at … look at that relationship.”

Bales, a former author and photojournalist, says being a president’s daughter caused her to “hate politics. … I have no desire to run for office,” she says. “I feel responsible to vote but politics itself is not my cup of tea.”

She is focused instead on the commissioning of the $13 billion supercarrier USS Gerald R. Ford this year. Bales says the ship was “a really important project for my dad. He found out about it six weeks before he died. He was very glad. He was a humble man and never expected things like that, so it meant a lot. I’ll be very proud to get her into the fleet, helping support America. Then I’ll continue with the Betty Ford Center and Hazelden and supporting breast cancer awareness.”