Free Webinar Looks at Impact of Renewable Energy in the Desert 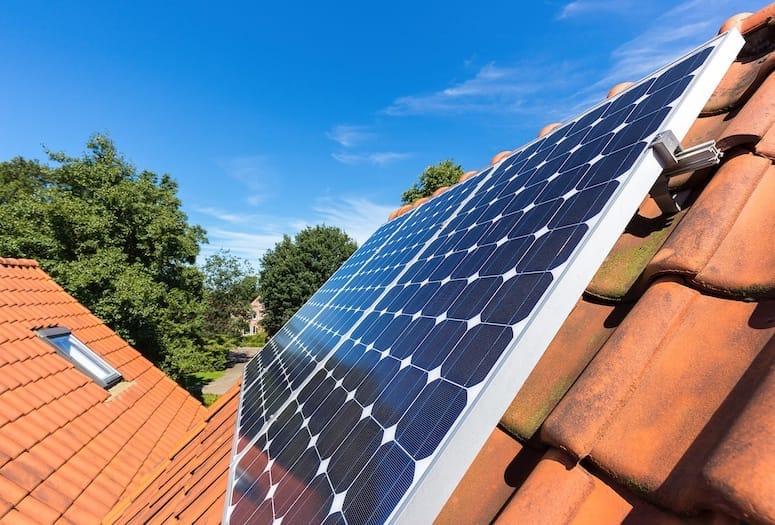 Living in Greater Palm Springs guarantees at least one thing: sunshine. And that’s a great place to start for renewable energy.

“360 days of sunshine a year really helps with solar,” says Palm Springs city council member Geoff Kors, who is chair of the nonprofit organization Desert Community Energy. “We’re one of the best places in the country, if not the world, for wind energy because of the way we’re located. And of course, the potential for geothermal in the Salton Sea. So, we’re really uniquely situated to be at the forefront of renewable energy in this area.”

Kors is one of three speakers who is part of the Hot Purple Energy “The Desert We Want” webinar at noon May 26, which kicks off a free series examining what is coming next to the Coachella Valley in a variety of areas ranging from renewable energy to new cultural and educational institutions. The rest of the panel includes Nate Otto of Hot Purple Energy on solar energy and Mikael Jakobsson of CIERCO Wind Energy. Bran Mix of Burke Mix Communications moderates the discussion.

Palm Springs is one of three desert cities to join Desert Community Energy along with Cathedral City and Palm Desert. Residents of each city are automatically enrolled, and they are given several options including discount programs or they can opt out and stay with Southern California Edison. Kors says in just the first year of Desert Community Energy, residents in the Desert Saver plan have saved more than $200,000.

Kors believes the biggest advantage of Desert Community Energy is local control. “No money is going to corporations, so it stays here,” Kors says. “And one of the benefits of that is, as we build up reserves, as other projects like this that have been around longer do, we invest that money right back into the community and into our ratepayers so we could help subsidize across the solar and commercial buildings. So, our businesses, especially our retail and restaurants, that really struggle in the summer to stay open with the huge utility bills, we can help with that. We can help do insulation. We've done some solar projects already.”

One of the major solar players in the valley has been Hot Purple Energy, which is currently confronting legislation AB 1139, which would kill "net energy metering,”, the policy that has allowed rooftop solar to continue to grow sustainably and become increasingly accessible to low-and-moderate income consumers.

“Anyone that got solar, say two years ago, on a lease or a power purchase agreement (PPA), when they were buying that power at, say, 16 cents a watt, now all of a sudden those financial metrics that they bought that solar on, that they signed a 20-year deal with, are going to be negative,” says Otto. “Some of them are just saving $50 a month. $50 a month doesn't sound like a lot but for somebody on a very tight budget, $50 a month is a very big deal. And now, with the 1139, if it went through and it passes our state legislature and the governor signs it in, they could go negative $50 a month.”

Legislation can also have its upside. In 2019, Gov. Jerry Brown signed Senate Bill 100 into law, which commits the state to 100 percent clean energy by 2045. “That's a huge step,” says Otto, who quickly adds the challenge of attaining that goal is adopting renewable energy into an “already existing machinery of how we deal with energy, how we produce it, and how we manage it.”

And what does that mean to incorporating wind energy into that picture?

“Palm Springs has been an icon and a milestone in wind development, in the history of wind, in general,” Otto says. “This was the mecca, this is where turbines came very early. And I think that heritage is something to build on, where both solar, wind, and geothermal, all these ingredients could end up being in place. The Coachella Valley could be place where we could integrate these systems, where we could have a safe self-sustainable strategy where we bring this together through this Desert Community Energy. And I think this is a great opportunity, and I would love to see that happen sooner than later.”

• COMING NEXT: Register for the Next “The Desert We Want” free webinar, The Salton Sea, on June 9.