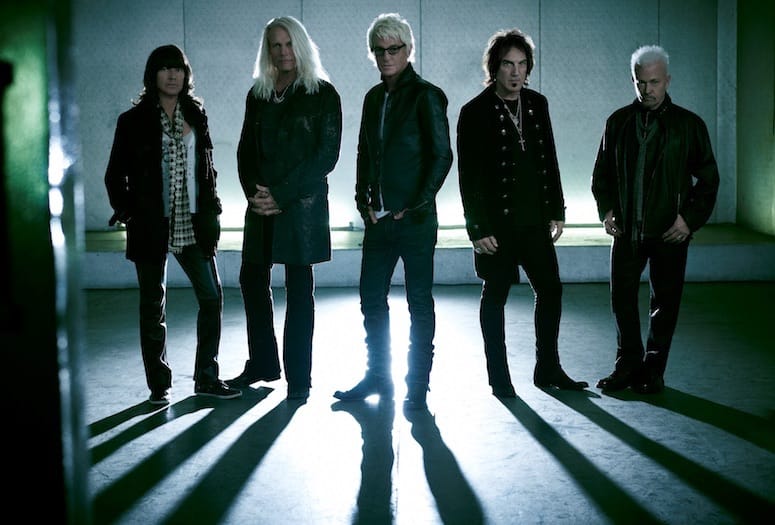 REO REO Speedwagon will perform many of its indelible classics when they headline Sept. 29 at Morongo Casino Resort in Cabazon.
PHOTO COURTESY OF REO SPEEDWAGON

Classic rock stalwarts REO Speedwagon is in the midst of its 50th year as a band, and while they are taking that milestone in stride, they have noticed the fan response of late has been among the most vocal they have ever experienced.

“Some of the audience reaction we’ve been getting has just blown me away,” admits REO frontman/chief songwriter Kevin Cronin. “Sometimes, it’s even felt like we’re in Tokyo.”

Why has the feedback been so strong? “Well, you always have to give 110 percent when you’re out there,” Cronin replies. “It’s always gotta be more than 100 percent. That’s how you conquer the stage.”

REO Speedwagon will perform many of its indelible classics such as Keep on Loving You, Can’t Fight This Feeling, Ridin’ the Storm Out, and Roll With the Changes when they headline Sept. 29 at Morongo Casino Resort in Cabazon.

VIDEO: Watch REO Speedwagon perform, Time for Me to Fly.

To a man, REO loves the view from the stage, watching the audience react as soon as they start playing songs that have topped the charts and touched so many lives. “After all, that’s why we’re still working, 40-plus years later!” founding keyboardist Neal Doughty observes with a chuckle. Notes lead guitarist Dave Amato, “We’ve just added an older song or two from 1972 or ’73 into the set, and we’ve been having fun with them. When we get to Palm Springs, we’ll also be doing new stuff like Whipping Boy mixed in with the old stuff.”

Palm Springs Life recently sat down with the members of REO backstage before the final date of their United We Rock summer package tour with Don Felder and Styx to discuss why the band gets along so well both onstage and off, their favorite songs to play night after night, and whose influence you can hear stamped onto every REO album.

PSL: REO Speedwagon has been releasing albums for 46 years. Neal, I think a lot of people don’t even realize you’re the only one in the band who has been on every single one of them.

Neal Doughty: Yeah. Actually, I’ve been in REO since 1967, so this is my 50th year with the group! As you know, REO started as a little campus band [at the University of Illinois in Champaign, Illinois]. Now, of course, we’re all veterans, and we know what we’re doing. We’re past the point of egos, and everything like that. It’s very easy to get along like we do. The traveling is never easy for anybody, but this is the most drama-free set of musicians I’ve ever worked with.

PSL: That camaraderie translates onstage, and the audience picks up on it.

Dave Amato: I think so too. We really have such a fantastic family dynamic whenever we’re all together. When we were playing out in Maine last month a few weeks before we took a break, Kevin [Cronin] came over during one of the songs and said to me, ‘Man, I’m gonna miss this!’ I knew exactly what he meant. But now we’re back out there headlining, where our shows will run like a half hour longer. I always look forward to playing longer sets.

PSL: Can you guys pinpoint your favorite REO song to play live? Neal, you go first.

Doughty: Well, I really like Roll With the Changes. I think the organ solo on that song is probably what I’ll be remembered for the most. It’s actually a pretty easy solo to do. It’s also a chance for us to show off the Hammond B3 organ, and there’s nothing like that vintage, classic B3 look onstage. Overall, REO has a lot more keyboards and keyboard solos than most of the ’70s and ’80s bands did. I’m lucky in that respect, because it means I get to show off a little bit when I’m up there! (chuckles)

Amato: My favorite REO song to play? Oh man, that’s so hard to say. I love playing them all, especially the hits, night after night. Whenever we play Can’t Fight This Feeling or Take It on the Run, people just go crazy. We’ve got a lot of hits, and I think that’s part of what it is — as Kevin has said, it’s always the best songs that people remember the most and get excited about like that.

I still love what Al played on the B3 on Bob Dylan’s Like a Rolling Stone [the band’s historic, six-minute-long single from 1965’s Highway 61 Revisited]. It was so innovative, especially for its time.

Doughty: Oh, I know, I know! Al claimed he wasn’t even a keyboard player at that point, but he stumbled onto one of the most classic licks to this day. You’ll hear me playing Al Kooper-like stuff all the time during our set — and on every album we’ve ever made, in fact.

When I told Al that, he said, ‘Thanks! That’s a real compliment.’ He even used my B3 once, when he was playing in (author) Stephen King’s band, the Rock Bottom Remainders. They did a show out in L.A., and they borrowed my B3 for it. After the gig, I said, ‘Al, you gotta sign my B3!’ And he goes, ‘Are you kidding, man?’ He’s kind of a shy, humble guy. He said he wouldn’t sign it, though. Nobody told him who I was until later, so he probably thought I was just a stalker — or some crazy man! (laughs)