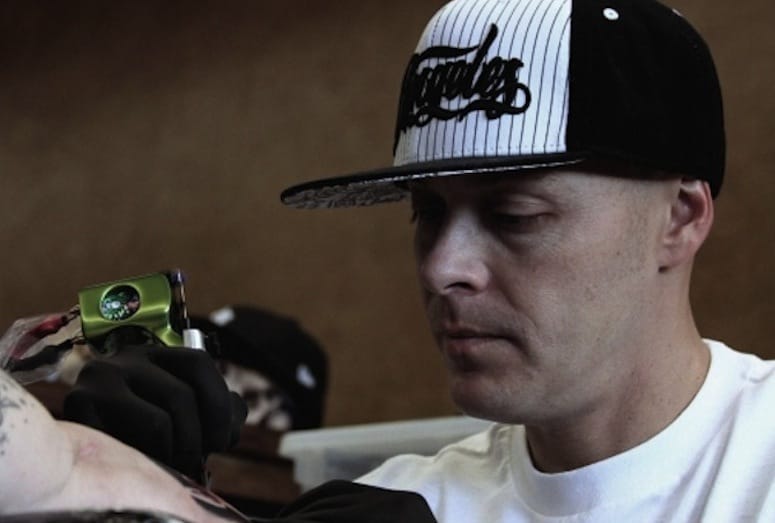 Rich Pineda has always had a love affair with body art. He says he was covered in tattoos by the time he was 20, but he paid attention to the artists who worked on him.

“I’ve been an artist all my life…everything in my life has been art since I was a little kid,” says Pineda. “I’ve always had a fascination with body art. I felt like I had been studying it as I was tattooed. It’s become my favorite of all mediums, and I’m most comfortable in this art form.”

Pineda is a true creative spirit with a passion for music, wood and metal working, painting and photography. However, his love of body art has led to a meteoric rise in the world of tattoo artistry after only entering the field five years ago. One of Rich Pineda's favorite tattoos he has done: David Bowie.

While he currently resides along the coast, Pineda began his career in ink in the Coachella Valley.  “I learned to tattoo in the desert and was able to apprentice with my friend Jeff Cooper,” he says. “Apprenticing is really the only way to get in the business and have any kind of success. Without it, it’s like raking water uphill.”

He will return to the Coachella Valley as a featured artist for the second annual Palm Springs Tattoo Convention, July 10-12, at the Hard Rock Hotel Palm Springs.

The event returns with title sponsor, Sullen Clothing, hosting roughly 20 of the world’s best tattoo artists from around the world. Dorothy from the Wizard of Øz.

• Watch the poolside crowning of the 2015 Ms. Palm Trees and Tattoos by Sullen Angels model search

• Take a crash course in screen-printing at the DIY Print Shop presented by Ryonet.

“This is more of a retreat than a traditional convention.  There will definitely be tattooing…some realistic pieces.  But I also want to see friends and have a good time.   People fly in for these things and it’s social. I’m looking forward to meeting clients, fans and old friends.” Pineda says he drew upon his natural artistic talents and finished his first tattoo within two weeks of study. Four weeks later, he says, one of his creations appeared in Ink Magazine. His tattoos are unique, elaborate, and based in realism — the style he gravitates to the most.

“There is a lot of subculture (in my work), surrealism, realism with a sense fantasy art,” he says. “But what I do has real elements. I use a real photo as a base or I’ll shoot photography. I get requests for women’s faces…I gravitate to this. I also do a ton of film characters because everyone knows I’m really into it and I’m interested in this kind of pop culture.”

Creating a likeness of David Bowie from the film, Labyrinth. “The execution, finished product, how it healed, time around it, the image itself. I immediately knew it would tattoo well and her (the client’s) skin was perfect. Plus I love David Bowie. It was my favorite experience.”