Richards Center for the Arts Benefits From "Icons & Idols" Show 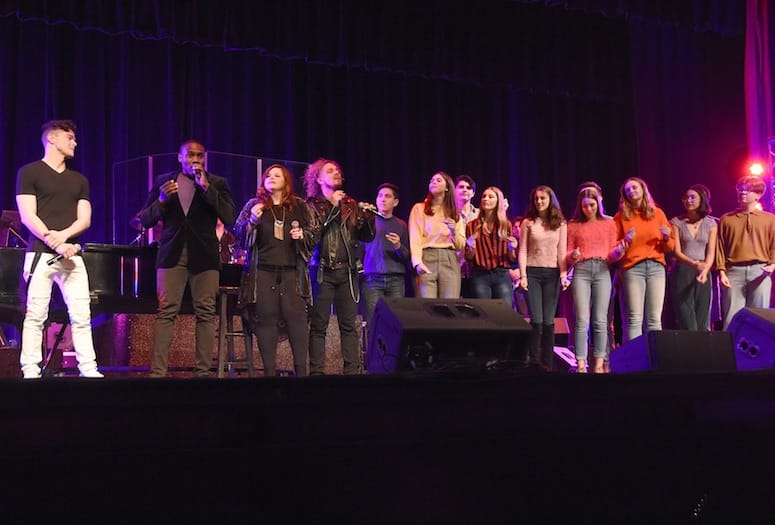 The late, great Prince, Janis Joplin, George Michael, and Freddie Mercury were celebrated onstage at the Richards Center for the Arts as part of Michael Childers and Frank Goldstin’s “Icons & Idols” show, a benefit for the Palm Springs Unified School District’s arts programs.

For the show’s finale, students from the Musical Theatre University at Rancho Mirage High School joined the performers (and the audience) in a rousing version of Michael’s anthem “Freedom.”

The concert continues the Palm Springs Unified School District’s Grab Your Seat naming initiative — enabling members of the community to name a theater seat, gallery space, or other building amenity in a loved one’s honor — which is part of an ambitious five-year fundraising campaign for arts education.