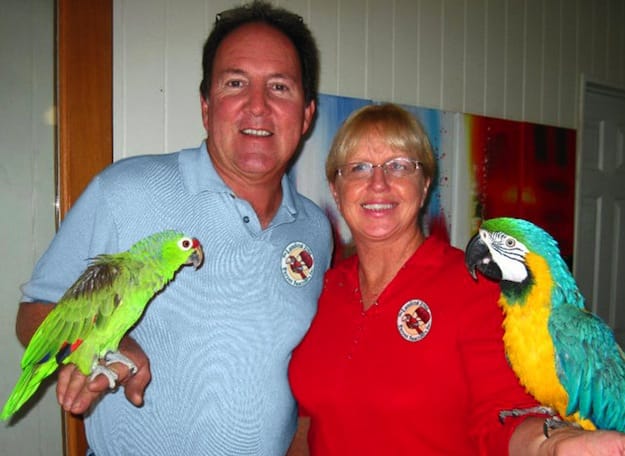 She has been pedaling around town, handing out flyers seeking support of The Landing Zone Parrot Sanctuary, founded by her parents, Catherine and Kelly Gilbert. Seeking to assist at least 150 local charities per year, the 2013 Tour looks to generate funds for close to 200 local causes.

"I made 1,000 flyers and handed those out all around downtown Palm Springs," Chelsea said of her pre-race efforts. "I went out on my bike and stopped at each place I could and talked to the store owners. It's been a fun experience."

The 15th annual Tour de Palm Springs has long established a potent mix of fitness, fun and philanthropy to make the event one of the desert's most popular charitable affairs. The event has raised more than $1 million since its inception in 1999 and attracts more than 10,000 cyclists annually. The non-competitive event offers participants options of rides ranging from 1 to 100 miles across a variety of regional terrain.

Chelsea wants to use proceeds from the race to help move The Landing Zone Parrot Sanctuary from the family residence in Palm Springs into a more permanent home.

"We hope to accomplish getting our name out there a little bit – to locals especially," said Chelsea, who added that donations raised from the ride will concurrently help to cover extensive veterinary costs.

The sanctuary has been providing a safe haven for neglected and abused parrots since early 2010. Chelsea said they began with three birds before taking on six more in their first year of operation. Today, after teaming with the U.S. Fish and Wildlife Service, the Gilbert's house 29 birds that have found their way from all over the country.

"They're like children.,” Chelsea said of the houseguests. “They're very, very smart. And they all get along really well. We have them separated with the Cockatoos in one area and the Macaws in the other.  I love it, and it's kinda cool that the Amazons actually teach each other words. It started with one bird, Cricket, that knew how to talk and it's turned into three or four with the birds that came from U.S. Fish and Wildlife."