Alan Jackson Brings "Keepin' It Country Tour" to the desert 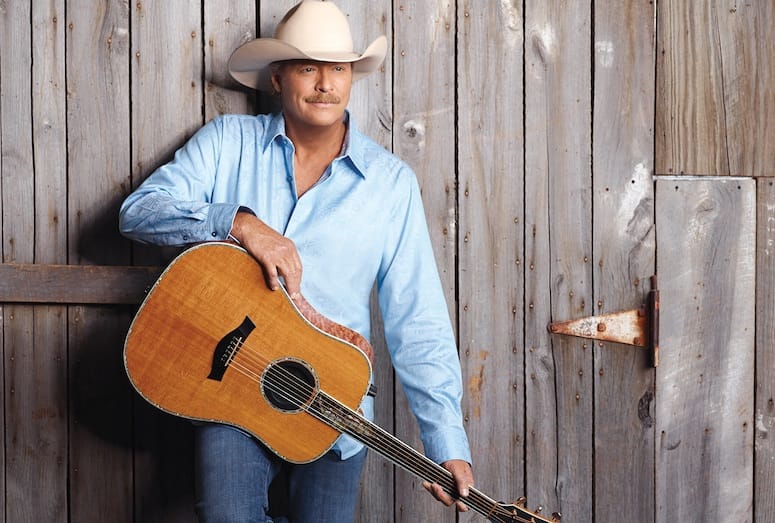 Country superstar Alan Jackson has been wowing audiences with his down-home mixture of traditional country singer-songwriter values and modern sonic sensibilities for 28 chart-topping years and counting.

The native Georgian has sold more than 80 million albums to date and has also been named the CMA Entertainer of the Year three times (he’s one of only five artists to receive this honor) — and he shows no signs of slowing down his honky-tonk roll anytime soon.

Jackson brings his massive Keepin’ It Country Tour to The Show at Agua Caliente Casino Resort Spa in Rancho Mirage on March 24 and 25, where you can expect to hear No. 1 country songs like “Chattahoochee,” “Drive,” “Gone Country,” “Here in the Real World,” “It’s Five O’Clock Somewhere,” “Good Time,” and countless other self-penned hits.

Ever the humble artist, Jackson rarely talks publicly about what he does and eschews interviews, so we reached out to a sampling of musicians from different genres and generations who were all quite willing to sing the praises of a man who, through his music alone, is able to reach across the aisles to bring listeners together from all walks of life — which, frankly, is no mean feat in this day and age.

“When I hear an Alan Jackson song, I instantly think, ‘That’s country!’” observes Tommy Shaw, longtime vocalist-guitarist for the legendary rock band Styx. Besides being a multiplatinum recording artist many times over — and no stranger to performing with Styx at The Show himself over the years — Shaw is also a native of Montgomery, Ala., and has even put out a solo bluegrass album (2011’s The Great Divide), so he very much has country music deeply embedded in his own DNA.

“That boy can sing it — there’s no two ways about it,” Shaw continues. “Alan’s music is classic country, where you can hear some of that George Jones influence flowing. And he’s always been partial to sharing the grooves with plenty of twangy six-string, baritone, and steel-guitar solos. When you’re in that kind of a mood, Alan Jackson always delivers.” 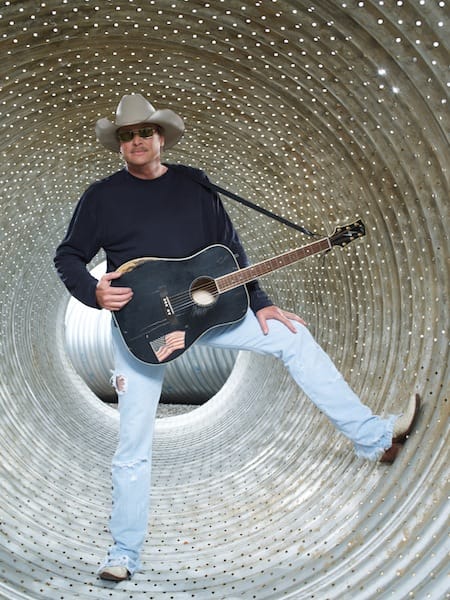 Jackson’s music has also impacted some of the recent young country artist success stories — such as William Michael Morgan, the Vicksburg, Mississippi, native who scored a No. 1 country hit of his own with “I Met a Girl” in 2016 and has since been on the road well into the new year with Lee Brice and Justin Moore on their current American Made Tour. Morgan feels Jackson is a special artist because of a singular combination of his voice, his songwriting, and his playing.

“His voice is so recognizable, along with his style,” Morgan notes. “You know it’s an Alan Jackson song as soon as it comes on the radio. He’s definitely a legend for a reason.”

Morgan, who’s worked with noted Jackson producer Scott Hendricks, adds that his personal favorite Alan Jackson song is “Here in the Real World”; he also had the honor of performing on the same bill with his hero last year. “I had the chance to open up for him a couple times during the summer festivals,” Morgan says. “Alan and his music have always had a huge influence on my music, as well as who I am as an artist. Seeing him live just made it that much better.”

Jackson’s magical musical touch also translates quite nicely to the female segment of his audience. Witness the impact he’s had on Leslie Tom, a Denver-based country singer-songwriter whose recent self-titled EP was recorded at Cinderella Sound in Nashville and produced by John Macy (who has crafted records for Nitty Gritty Dirt Band, Richie Furay, and Los Lobos).

“Alan Jackson is an artist who stayed true to traditional country sounds while the music around him was changing to ‘pop’ country,” she points out. “For an artist to stay true to his roots when the industry is demanding something different takes guts — and, for that, I appreciate Mr. Jackson.”

Tom admits many of Jackson’s songs have left “tattoos on [her] heart,” but she cites “Remember When” as being one that’s been particularly impactful on her personally.

“When I heard that song for the first time, I thought, ‘I’m so far from that place in my life. I can’t imagine feeling that way about kids or a spouse,’” she says. “At the end of the song, he sings, ‘Remember when the sound of little feet was the music we danced to week to week.’ After almost 20 years, those words have stuck in my head. Having a small child now, I understand what he’s singing about, for there is no better music than the sound of my daughter’s feet slapping the hardwood floor. I cry every time I hear that song.”

Alan Jackson is one of those rare artists who can cut across the great musical divide to touch people’s hearts and souls with just about any song he plays and sings. That’s not just keepin’ it country, y’all — that’s just keeping it real.