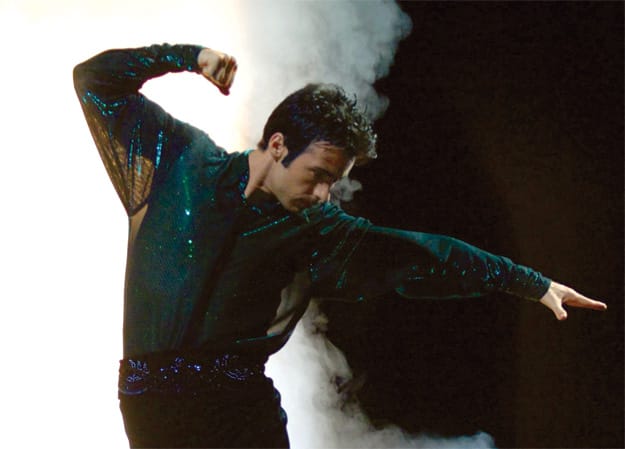 It has gone to the moon and back (in terms of miles traveled). It has entertained more than 22 million people in more than 350 venues throughout 40 countries on four continents. It has spanned all genres — rock, music, theater, and film — carrying the energy, sensuality, and spectacle of the Irish like nothing else. If you have yet to experience Riverdance, do it now, as McCallum Theatre presents Riverdance: The Farewell Tour, Nov. 25-27.

breaking box office records during its world premiere in Dublin in 1995, the innovative and exciting blend of dance, music, and song soon captured fans far beyond the Emerald Isle. When the show transferred to London in June of that year, the reaction was unparalleled, with the original 10 performances blossoming to 151 in the months that followed. Drawing on Irish traditions (and perhaps a touch of the luck o’ the Irish), the combined talents of the performers propelled Irish dancing and music into the present day, capturing the imagination of audiences across all ages and cultures. Since 1995, Riverdance has packed theaters around the globe, traveling 600,000 miles (or to the moon and back).

Currently, four productions tour the world. The North American production consists of up to 65 cast and crew members, including the Riverdance Irish Dance Troupe, the cream of Irish musicians in the Riverdance Band, and an array of talent from Spain, Russia, and America performing Bill Whelan’s magical music. Whelan, whose production and arranging credits include U2, Van Morrison, Kate Bush, Richard Harris, and The Dubliners, received the 1997 Grammy Award for Best Musical Show Album for the recording of Riverdance.