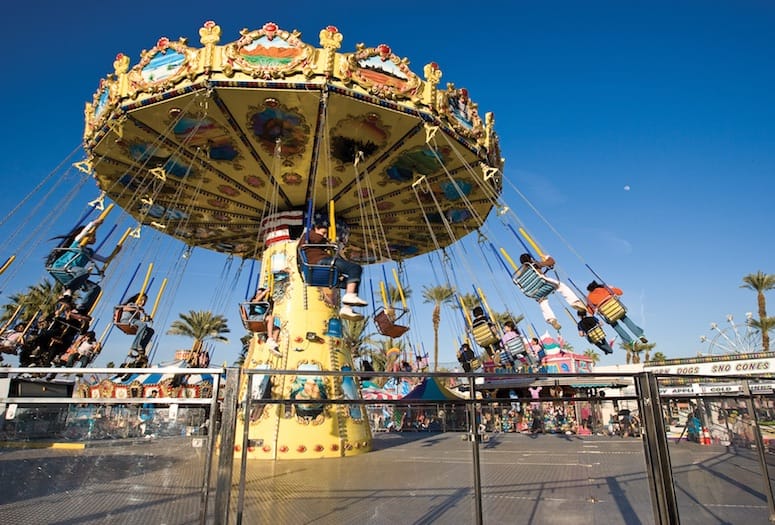 February is for fair rides and funnel cake — and the annual celebration of date harvest.

Now in its 72nd year, the Riverside County Fair & National Date Festival will bring a familiar mix of arts and agricultural exhibitions, stage productions, and carnival games to the Indio Fairgrounds with a few new attractions, including a rainforest and a futuristic family-friendly magic show.

The fair’s focus is on supporting the community; the state estimates its economic impact in the valley at more than $30 million in tourist spending per year. Revenue trickles back into outreach programs, such as a student scholarship fund. “As part of our commitment to the community,” fair manager Veronica Casper says, “the fair has almost $30,000 in scholarship opportunities available to Riverside County students to help shape our future leaders.”

The Date Festival originated nearly a century ago. In the 1920s, word of lush date groves had begun to lure tourists down valley. Growers capitalized on the fruit’s novelty with a festival celebrating the harvest of 1921. Years later, it was reinvigorated as an annual event.

There is a lot to be seen, tasted, and experienced, according to Amy Murashima, director of the fair’s Taj Mahal agricultural area, which fills with local crops during the festival. “The Coachella Valley is one of the largest crop-producing areas in the state,” Murashima notes. This year features a variety of produce from several date growers and produce companies, as well as backyard-grown vegetables, citrus, and microgreens.

A rainforest exhibit showcases projects from students throughout Riverside County. There’s a new sleight-of-hand production called Scott’s World of Magic. Adrenaline junkies will appreciate a new attraction called Speed, which lifts riders 130 feet and spins them to produce forces of 3.5 G. And there will be plenty of tunes to groove to, including live performances by Chase Rice, Los Rieleros del Norte, Foghat, Lou Gramm, and War. 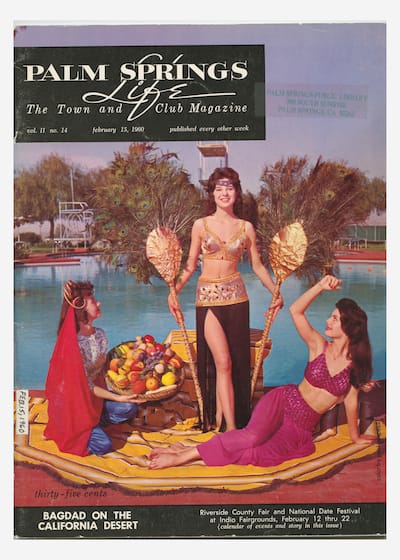 Browse the archives at palmspringslife.com/shop to buy vintage cover prints like this one from 1960, featuring an image from the Riverside  County Fair & National Date Festival.

In 1898, the U.S. Department of Agriculture established a band of “agriculture explorers” charged with searching the globe for undiscovered crops that could be transplanted to American soil. Walter Swingle studied date palms in Algeria and determined that the growing conditions were similar to those in the Coachella Valley. He shipped them over, and in 1903, the first date offshoots were rooted in the Southern California desert.