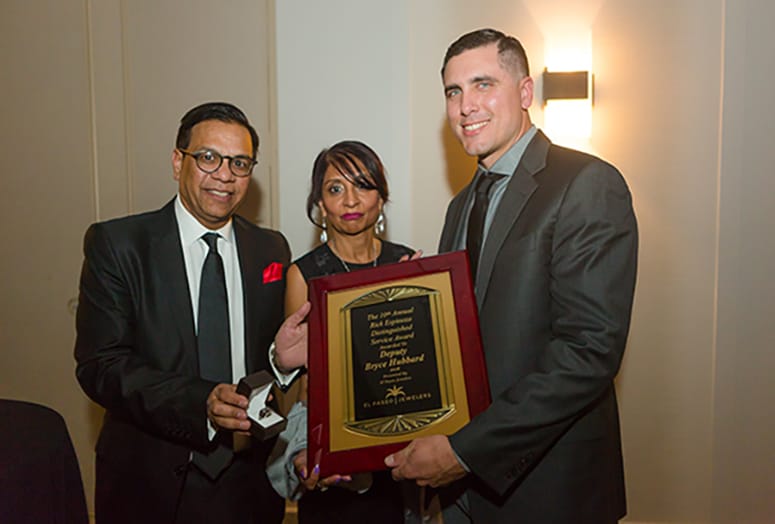 Beginning in 2006, El Paseo Jewelers has been a strong supporter of the Riverside County Sheriff’s Department. In 2008, they began the annual Rick Espinoza Distinguished Service Award named on behalf of Sgt. Espinoza, who was wounded and recovered from a shooting incident while on duty.

This year’s recipient, Sgt. Hubbard, was recognized at a dinner held at Hotel Paseo in Palm Desert.  Hubbard was recognized for his bravery and willingness to confront and pursue an armed suspect despite sustaining injuries to his head and face. His actions exemplify the dedication, heart, and courage that represent this award and the Palm Desert Police Department.