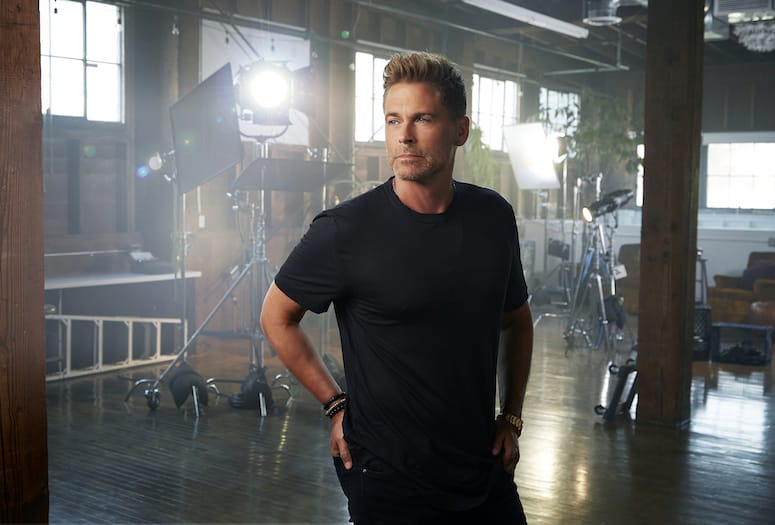 Rob Lowe on his upcoming show at the McCallum Theatre: “…the show is carefully designed. You’d never know if you watch it. I’ve literally designed it like a concert."
PHOTOGRAPHS COURTESY MCCALLUM THEATRE

When you ask Rob Lowe how he’s doing these days, he may cut the surface chatter and tell you that he’s “evolving.” That certainly comes in handy when you’re working in an industry known for its creative mood swings.

These days, Lowe’s star shines even brighter than it did in his heyday in the 1980s, when his career went nuclear thanks to starring roles in popular films such as The Outsiders, Youngblood, and St Elmo’s Fire. Scandals and other brouhaha— from sex tapes to a criticized 1989 Oscar performance — kept the Rob Lowe news cycle going. But sobriety changed things. Lowe managed to go from a member of the ’80s Brat Pack to respected player in hit NBC shows like The West Wing and Parks and Recreation.

Lowe’s turn as Liberace’s plastic surgeon in the HBO biopic Behind the Candelabra certainly turned heads and the Emmy-nominated actor’s two memoirs, Stories I Only Tell My Friends and Love Life, were critical and commercial hits, too.

Next up: A new British crime drama that finds Lowe playing a beleaguered U.S. police chief who lands in Lincolnshire with his 14 year-old daughter, hoping to escape a painful past.

“I hadn’t been doing dramatic leads on TV for a while and wanted to do something different,” Lowe says of the series. “It’s very British, which I love. It takes place right in the middle of Brexit. It’s a great character.”

No doubt that subject—and so much more— will be talked about during Lowe’s upcoming appearance on Friday, March 29 at McCallum Theatre where his — wait for it — one man-show, “Stories I Only Tell My Friends: Live!” comes to life. The outing, which has been well received in other cities, was inspired by Lowe’s two memoirs. It promises to pull back the curtain of Hollywood, fame, fatherhood, marriage, and a life lived large at the forefront of culture for more than four decades now. 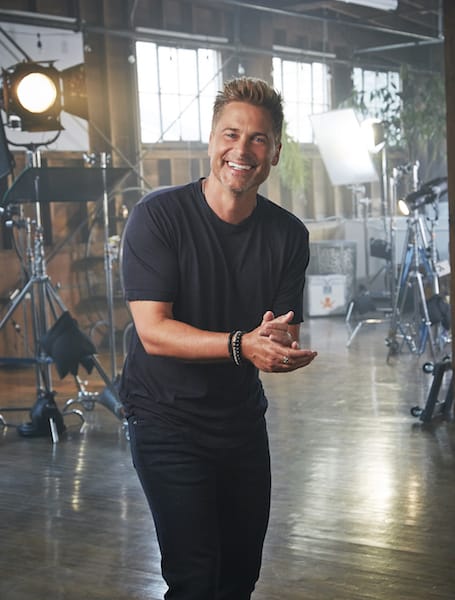 Rob Lowe on questions he is asked: "There seems to be a lot of interest in whether Demi Moore and I had sex. "

I do. I aspire to that. Evolve or die. I really do think that. The business changes everyday as does the world. You can either adapt or get left behind. That’s really why I think I’m going into my fifth decade doing this work.

We’re in an era where everything seems to be under a glaring spotlight — social media, Twitter, news cycles. Celebrities partake. They post on Twitter, later take Tweets down. How do you stay grounded amidst that swirl of activity?

Evolving is clearing the theme of this talk. My position: Evolve. Historically, I have been a massive fan of Twitter. I really loved and took it because it was a direct conduit to fans. Usually there is a gatekeeper [for Twitter], which would be you. You use this quote, not that one. For the first time ever it felt as if you could communicate freely with people who are interested. That has weaponized over the last two or three years. It’s more toxic out there. I don’t have Twitter on my phone anymore. When I tweet, I have a second person do it. I’ve moved it into a much more career-oriented thing. Every once and a while I weigh in. But there’s no upside anymore. No matter what you say, there is a mob that’s going to come after you.

What inspired you to do the stage show?

A couple of things. One, I had always been envious of my friends who were able to go out on weekends and travel the country with their own show. Ricky Gervais, Aziz Ansari, Ellen DeGeneres. When I wrote the two books and people liked them, I thought instead of doing a third book, I’m going to write my own show that I’m going to take on the road like some of my heroes do.

The reviews are great. What do you think people are responding to?

Well, you have two jobs when you’re doing something like this and it’s the same when you’re writing a memoir. No. 1: It better be honest and authentic. And then, it better take people on a journey and be entertaining. Beyond that, the show is carefully designed. You’d never know if you watch it. I’ve literally designed it like a concert. “Am I playing enough ‘hits’ or am I playing a ‘deep cut?’” I do a “deep cut” of what a zeitgeist project really means. Then I go into a “greatest hit,” which is a story about me and Tom Cruise. It’s fun that way. I also close the show with a question-and-answer period. That’s the best part of the show.

Has there been over-asked questions? Ones that are rarely asked?

There are no over-asked questions. I feel so blessed and satisfied that people can ask as much about Behind the Candelabra as they do Parks and Recreation as they do The Outsiders. On the other side of that is that there seems to be a lot of interest in whether Demi Moore and I had sex.

St. Elmo’s Fire, About Last Night. I can see that.

That’s probably the most asked question.

You’ve spoken out about fueling such things as addiction into something like exercise. How transformational has that been for you?

I’ve been in recovery now [from alcohol use] 29 years in May. This month I turn 55. All roads have led me here. I feel fortunate that I’ve been a path of growth and trying to figure out who and why I am, and it’s been a long time that I’ve been doing this. I’m starting to reap the rewards — long-term, good marriage, good kids, happy with my career, nothing to prove. Those are the rewards for doing the work.

It’s really is about the doing the inner work, isn’t it? There’s something about self-acceptance.

One hundred percent. It is exacerbated by this profession, one where you are judged by your most recent contributions. So, if you have an issue with acceptance, being in the entertainment industry is only going to make that worse. Which is why my heroes are people who truly don’t give a shit. Hopefully, I’ve fallen under their ranks. 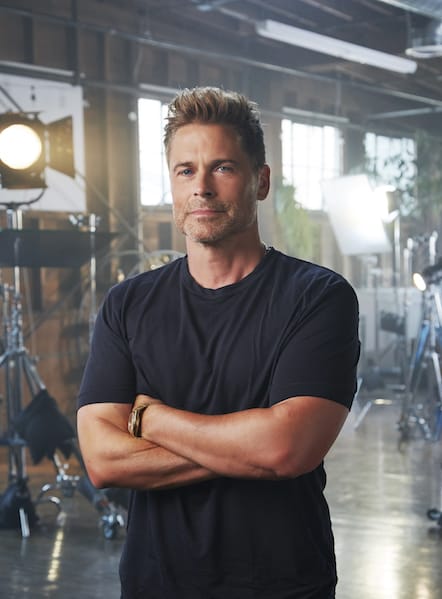 "Cary Grant told me never to eat a hot dog in public because somebody will take a picture of you and you will have hot dog in your mouth."

I have both. And in the business, too. The other day I was on the plane and saw Kurt Russell—teen star, Disney star, more. I can name 17 movies that are classics. Leading man. Long-term relationship. Good kids. Still working and notorious for not giving a flying fuck. He would be one of them.

That inner resolve is important. So, let’s finish with something fun and quick about your past and present: Best thing about St. Elmo’s Fire?

Following Clarence Clemons and the E Street Band around and learning to look cool with a saxophone.

Best thing about About Last Night?

It was the best script I had been offered at that time and I still really stand by it.

Best script I’ve ever been offered and being a part of something that was so entertaining and meant so much to people. It still has as much relevance today as it did 20 years ago. It’s one of the high points of my career.

Bleak companion piece to The West Wing and it is my key to relevance to all of the 20-somethings of the world. Probably my favorite cast of coworkers I’ve ever worked with, too.

Some of the best advice you’ve been given about life?

Cary Grant told me never to eat a hot dog in public because somebody will take a picture of you and you will have hot dog in your mouth.

How wise. Alright. One last thing. What’s the most interesting thing you’ve been learning about yourself lately?

That I really miss hot dogs.