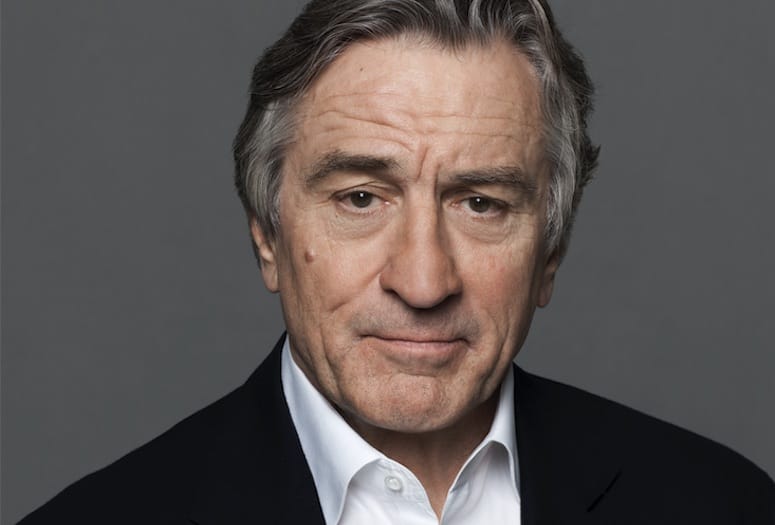 Robert De Niro is being lauded for his most recent role in The Irishman.
PHOTOGRAPHS COURTESY PALM SPRINGS INTERNATIONAL FILM FESTIVAL

Variety will honor Robert De Niro with the Creative Impact in Acting Award at the Palm Springs International Film Festival on Jan. 3 as part of the annual 10 Directors to Watch Brunch at the Parker Palm Springs. The brunch is presented by AT&T.

The two-time Academy Award winner stars as Frank Sheeran in Netflix’s The Irishman directed by Martin Scorsese. De Niro will be honored with the highly prestigious Screen Actors Guild's Life Achievement Award in addition to being nominated for Best Ensemble on Jan. 19. The film has been nominated for four Golden Globes and was named the Best Film of the year by the National Board of Review, New York Film Critics Circle, and was named one of the 10 best films of the year by AFI.

"Robert De Niro is one of cinema's greatest actors and his recent collaboration with Martin Scorsese in The Irishman is a career-best," says Claudia Eller, Variety editor-In-chief. "De Niro embodies Frank Sheeran from a 20 something-year-old man to an elderly man in a nuanced performance that has resonated with audiences and critics alike. We are so glad to be giving him this award at our event."

The Irishman marks the greatly anticipated reunion of Scorsese and De Niro for the first time in 24 years. The film is their ninth collaboration following such work together on Taxi Driver, Raging Bull, and Goodfellas.

De Niro, Al Pacino and Joe Pesci star in Martin Scorsese’s The Irishman, an epic saga of organized crime in post-war America told through the eyes of World War II veteran Sheeran, a hustler and hitman who worked alongside some of the most notorious figures of the 20th century. Spanning decades, the film chronicles one of the greatest unsolved mysteries in American history, the disappearance of legendary union boss Jimmy Hoffa, and offers a monumental journey through the hidden corridors of organized crime: its inner workings, rivalries and connections to mainstream politics.