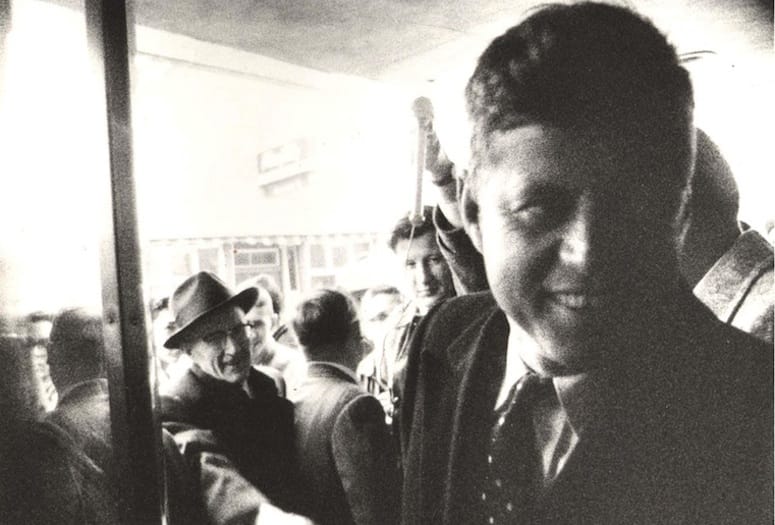 Back in the day, as they say, the world was viewed from a very narrow lens.

Documentary film technology was limited by the size of the cameras (very large and cumbersome) as well as portability in order to follow a character. Most documentary films were presented in what’s known today as “B-Reel” accompanied by a lecture or similar to a continuous video with commentary.

Innovator Robert Drew changed the world with his vision for a “portable camera with sync-sound,” allowing a filmmaker to follow a character and capture moments as they happened. The final product was an edited story featuring live film footage. John F. Kennedy greeting people during his 1960 campaign caught in the documentary, Primary.

His vision, and his pioneering film, Primary, has become a landmark for Cinema Verite or “direct cinema,” and his work has become the basis for current documentary film processes.

“There is no good or evil theme. It’s ambiguous. It’s real life,” says Jill Drew, the late Robert Drew’s daughter–in-law. “It is non-fiction. You are following someone for a given period of time and viewers gain insight into those moments or times from an intimate perspective but at once removed. A special award has been named in honor of Robert Drew.

Primary will be screened at 5 p.m. March 29 during the 2015 American Documentary Film Festival at Camelot Theatres in Palm Springs as a posthumous tribute to Robert Drew, who passed away last summer. The film focuses on the campaign trail of a young John F. Kennedy as he seeks the 1960 presidential nomination.

Kennedy gave Drew unique access to this relatively unknown “behind the scenes” world, and the film gives a true account of Kennedy’s campaign trail including scenes from Kennedy’s hotel room on election night.

A special Cinema Verite Award, honoring Robert Drew’s legacy, will be given to a filmmaker that according to Jill Drew, “captures the spirit of candid filmmaking, not directed, not staged so that viewers get to witness what it’s like in someone else’s experience as it unfolds in front of the lens.”