To be sure, the last two years sound like something plucked out of an episode of The Twilight Zone. But that’s not the reason why Anne Serling is making a rare appearance during Modernism Week on Feb. 22 at the Annenberg Theater in Palm Springs.

Serling, who’s famous father, Rod Serling, created and hosted The Twilight Zone for five seasons beginning in 1959 — he also penned 92 of its 156 episodes —presents “As I Knew Him: My Dad, Rod Serling”. The 90-minute event will be an homage to the Emmy-winning icon, who died at the age of 50 in 1975. Expect vintage footage, lesser-known details of the man’s legacy, context to his impact on those closest to him, and how Serling’s humanity played out on an intimate, personal level. 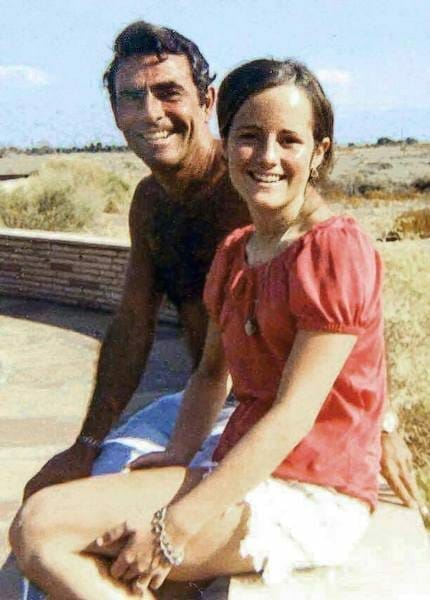 Rod Serling and Anne in her teens. "Because of his image walking across that soundstage [on the show], some people thought that he was this dark, tortured person. He wasn't," she says.

Some of that is chronicled in Anne Serling’s bestselling book, after which this event is named. “He was silly a practical joker, he had a great singing voice, he tried to give up smoking for decades, he had close friends,” she’s quick to share. “He was not this intense, serious guy all the time, which is what people saw on television.”

Chiel was among Serling’s students when he taught television writing during the last decade of his life at Ithaca College in upstate New York. A frequent Modernism Week attendee, Chiel went out on a limb and pitched an idea to event officials for two unique presentations at the Annenberg Theater — one featuring Serling’s daughter, and the other with Coachella Valley resident Ron Hicklin (“Ron Hicklin: The Most Famous Voice You’ve Never Heard Of,” on Feb. 23).

“I saw an opportunity to look at other aspects of American midcentury culture that reflects the same sensibilities that our design and architecture grew out of,” Chiel explains, noting that he discovered the breadth of Serling’s humanity after countless interactions with him — Chiel eventually became the man’s projectionist. Curiously, Chiel met Hicklin of The Ron Hicklin Singers — the group that voiced The Monkees, The Partridge Family, Gary Lewis, and the Playboys, and were the go-to group backing Frank Sinatra, Dean Martin, Sammy Davis, and Elvis, among others — at the Palm Desert Costco.

Modernism Week seemed to be the perfect opportunity to illuminate the impact of the two men. “I want people to be entertained and learn about something they didn't already know,” Chiel says of the two programs.

Clearly, The Twilight Zone reflected mid-20th century American culture. Its cautionary tales explored the deep consequences of insular thinking and the perils of granted wishes. The series inspired a movie, television revivals, books and graphic novels, even a Disney attraction and a postage stamp.

Anne Serling, who was raised in Los Angeles, frequently visited Palm Springs with her famous pop. “For years, the valley had been our family pilgrimage,” she says, adding that the clan often visited White Sun Guest Ranch in Rancho Mirage. 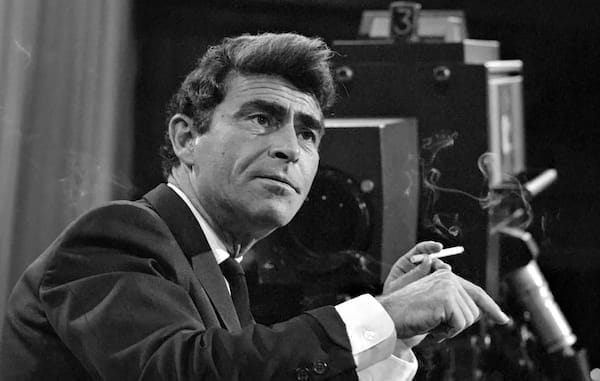 Rod Serling taught at Ithaca College in New York from the late 1960's until his death in 1975.

Why are we so fond of The Twilight Zone and your father, in particular?

My dad dealt with the human condition. Times change, but people don't change. Sadly, we're still dealing with so many of the same things that my father was battling for decades: racism, isolation, fascism, things that would just make him so deeply sad to know where still here.

In your book, you write about the misconceptions the public had about your father.

Because of his image walking across that soundstage [on the show], some people thought that he was this dark, tortured person. He wasn't. But the public was certainly intrigued by that. Since I wrote my book, I can’t tell you the number of people who’ve written me, telling me that they had difficult or tumultuous childhoods, and that they thought of my father as their father. I was stunned to hear that. He would be surprised to hear that.

I was paralyzed with grief after my father died. I’d started another book called, “I've Gone to Look for My Father,” and I didn't get through it because I hadn't even begun to process his loss. So, “As I Knew Him” took about seven years. Like my dad, I find writing cathartic. It was a healing journey and I wrote it for three reasons: To navigate that grief; to get to know more of my dad's professional side; and to dispel rumors that, as I said before, people thought he was dark or depressed. That is not remotely the dad I knew, or his family and friends knew. It was the opposite. He was funny, warm, and silly.

You write about him being a practical joker and reveal what really mattered to him.

He was passionate about prejudice, and it enraged him. He said — it's in almost everything he's written — that we [people] seem to have to dislike someone. He said it a lot more articulately than I just did, but I wanted to present who my dad was. After I wrote my book, there were many people who talked to me about their own grief. I'm not unique to losing a parent, but I guess with some people, it struck a chord. 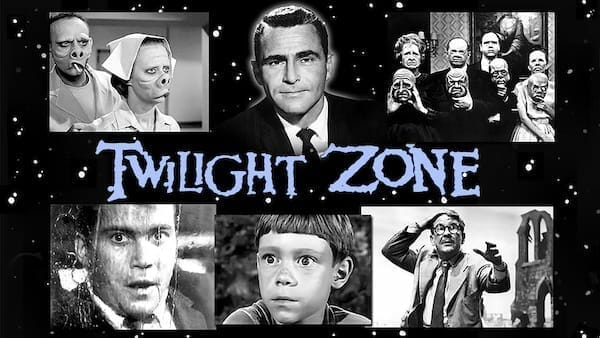 We’re not often given permission to talk about or express grief, are we?

True. It’s so tough to talk about. It's so personal and it's different for everybody. It can take decades [to move through grief]. There isn't a day that goes by that I don't think about my dad. I miss him deeply. When Betty White died, someone had written that their “mama” had died. And I thought, what a gift to this wonderful woman that so many people loved her; that she touched so many people.

My dad knew Betty White well. I remember her coming to our house. We had Irish Setters and she sat down in the living room and was so much fun with our animals. She looked at our Setter, hugged him, and called him a big, beautiful fellow. That dog went on her show, The Pet Set, with my dad. I was maybe 13 at the time.

Let’s stay in that era for a moment. There you are, a teenager, and here is your famous father. Larger than life. What bits of wisdom did he impart on you early on?

He always taught me to speak out about things that I felt passionate about, or even angry about; things I didn't think were right. That was very clear. I also learned from him to love my own kids with all I got. What was his quote? “The ties of flesh are deep and strong.” That was a valuable lesson. And humor. He taught me that things can always be funny. That's how you can get through those tough days. My dad was very funny. Even as a teenager, I thought he was funny. Most kids are rolling their eyes like, ‘Oh Jesus,’ but he just cracked me up.

I’m curious. What do you think your father would think of the times we're in now? Very Twilight Zone-ish in many ways.

Oh boy. He would be apoplectic of everything that's happened. That’s still happening. I think initially, he'd be heartbroken and then apoplectic. And yes, he would absolutely be speaking out about it.

Do you still watch The Twilight Zone occasionally?

I do. Not a whole lot. In fact, I didn't watch a lot when my dad was alive. I mostly watched it after he died, and it was more to see him than the actual episode. I was so lucky in that I could turn on the TV— and there was my dad.