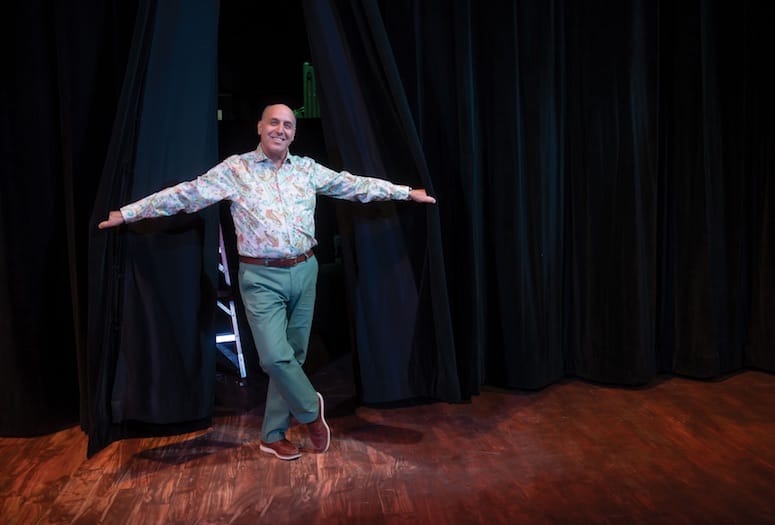 Merry bands of players performing before live audiences will be the last form of entertainment to return from the pandemic shutdown. As this edition goes to press, virtually none of the dozen or so theater companies in the Coachella Valley was ready to commit to when, where, and how it will stage its 2021 season — or what that slate might look like. One exception is Coachella Valley Repertory, aka CVRep, which has announced a diverse (jazz, Latinx, classical, Broadway) series of outdoor, Saturday-evening concerts at the Cathedral City Community Amphitheater to begin in January, as well as a two-play, three-night Shakespeare in the Park festival in March. And, pending state and county restrictions and approval of safety protocols, CVRep’s season will close in mid-April with Karen Zacarias’ comedy Native Gardens inside the playhouse. Visit cvrep.org for updates. Meanwhile, we asked Ron Celona, the theater’s founding artistic director, about overcoming the challenges of presenting live entertainment during a pandemic.

You’ve scheduled no plays among the outdoor programs planned for this winter. Why is that?

We’d need trailers as dressing rooms and storage units for sets and costumes. Then there’s the expense of testing every member of the cast and crew, per Actors’ Equity Association mandates. The ratio of cost to revenue is also an issue. At our playhouse, the price of a ticket averages $50. In the amphitheater, our cap is $25, in line with the national average for similar venues. Add the need to hire security guards, and it’s all out of reach for us — as it is for most other companies here. 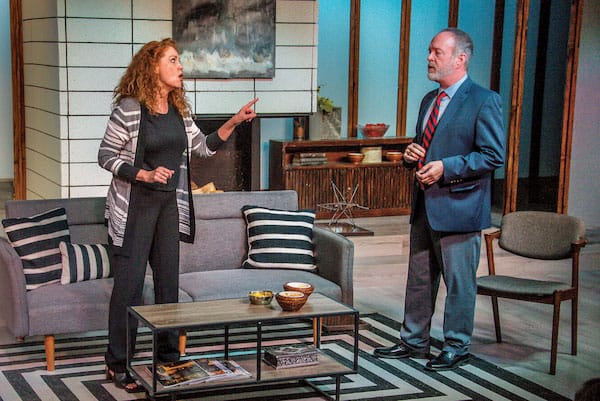 A CVRep work, The Goat, or Who is Sylvia? by  Edward Albee.

How will you protect performers, crew, volunteers, and audiences?

We’ve developed a 23-page safety manual that includes practices such as taking every audience member’s temperature before admission. Every volunteer, crewmember, and performer will also be pre-screened. Patrons will be taken to their designated two- or four-person pod near the stage; the pods will be 10 feet apart. Behind this section — which holds about 120 people at tables and chairs — are circular pods on the back lawn, where another 105 or so attendees can bring their own chairs or blankets at a reduced ticket price. Social distancing will rule, and we’ll have hand sanitizer dispensers throughout the venue. We’ll open the doors 90 minutes prior to performances to give people the opportunity to eat and drink before show time. No one will be allowed to roam the grounds, and masks will be worn at all times, except when eating and drinking. There will be clear signage. Patrons who don’t follow the rules will be escorted out. As for performers on stage, they will be few and spaced far between.

How are you appealing to donors since closing the theater last March?

In the beginning, we sent a letter to every one of our patrons and donors, soliciting gifts. That was literally a lifesaver because there are two things we’re trying to sustain: one is a theater company with an annual budget, and the other’s a physical building with a mortgage and maintenance expenses. In September, we started a new program called The Drama Club, where supporters donate at least $25 — but in some cases much more — per month. So far, so good.

Thankfully, we’re still supported by the Newman’s Own Foundation, but at 50 percent of their usual amount. Our two biggest benefactors have been the Barbara Fremont Foundation and the Peggy Jacobs and Bob Howard Family Foundation. They’re giving us big bucks simply because they believe in CVRep’s mission. They love and want to help save us.

CVRep was quick to offer virtual programs. Theatre Thursdays are actually expanding your audience. Will these continue?

Absolutely. Theatre Thursdays is all about diverse programming. One week could be a virtual cabaret show. The next could be an interview between two celebrities, which we call Luminary Matchup. It’s like Variety Studio’s Actors on Actors. That’s been a lot of fun. We’ve also done Monologue Mania, where a lineup of actors performs monologues from different plays. All this is free of charge, but there’s a suggested donation. Some weeks, we get nothing. Then suddenly, we raise $1,000.

Are you exhausted or optimistic?

It’s definitely a bit of both. I’m the eternal optimist. I’ve seen the glass as half-full from day one. That’s just my personality. Emotionally, I have good days and bad days. All the rules keep changing. I’m getting used to having to alter plans. Unless you’re going to throw in the towel — which I refuse to do — you keep moving forward and hope for the best. 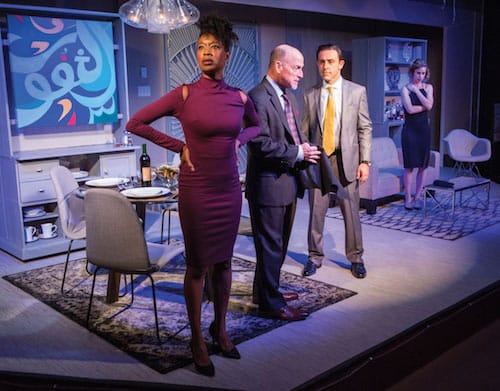 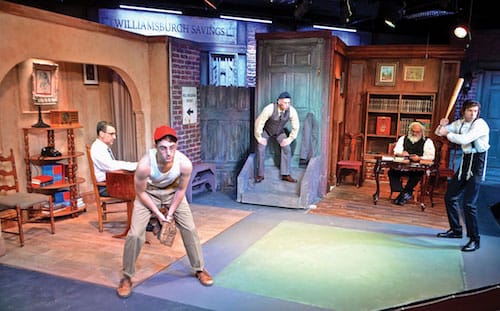 Views from Disgraced by Ayad Akhtar and The Chosen by Aaron Posner.