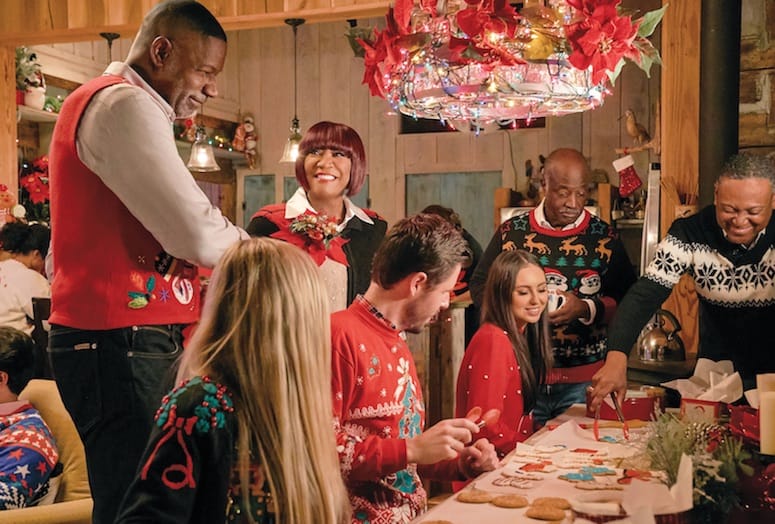 Ron Oliver enters the room, and everyone knows it.

It’s a Sunday afternoon in the lounge at Melvyn’s in Palm Springs, and the place is sardined with well-heeled regulars, gawking tourists, dancing couples. Oliver, tall and polished, wearing a trim gray suit, strides in, and the crowd immediately parts down the middle, like a dress being unzipped. These folks have no idea this is the man who regularly conjures holiday magic for millions of Hallmark Channel viewers — he takes a bit of nostalgia, wraps it in romance, and creates visions of the perfect Christmas — but they know he’s someone.

He makes his way to a round lounge table, marked with a placard that says it’s reserved for Ron Oliver’s party.

“I don’t do this for everyone, you know,” the maître d’ says with a wink and a stage whisper as he removes the sign. “Only Ron.”

Oliver, a prolific screenwriter and movie director, has just returned from shooting his most recent Hallmark holiday film Christmas at the Plaza. He doesn’t have much time to relax though. The film wrapped Thursday in New York. By Friday, he was in Hollywood, celebrating the 100th anniversary of Musso & Frank Grill, then it was over to Palm Springs for a yacht rock party at The Reef on Saturday. On Monday, he has a 6 a.m. flight to Vancouver, where he’ll be directing Picture Perfect Mysteries for Hallmark.

Oliver orders a Hendrick’s martini with a twist and bitters. His husband, Eric Bowes, orders the same, sans bitters. Behind Oliver, squeezed around a small bistro table, are a half-dozen women visiting Palm Springs from Canada. 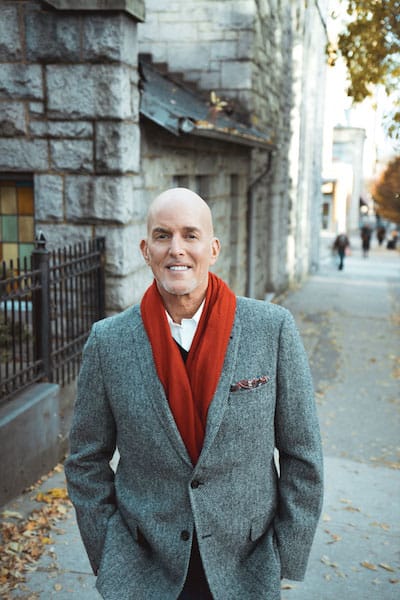 “You can see the band, right?” Oliver leans over to ask. He doesn’t want his enjoyment to take away from the experience of others.

“You’re fine,” a woman assures him. “I can see around your head.”

“It’s a good thing I’m shallow,” he jokes, and the ladies laugh appreciatively.

Between songs, the piano player Mikael Healey makes an announcement that the legendary Ron Oliver has made a triumphant return to Palm Springs.

“I’m delighted to have you back here where the sun actually shines,” Healy says.

Oliver has been coming to Melvyn’s for 19 years, almost as long as he’s lived in Palm Springs, and during that period the old Rat Pack hangout has served as the backdrop for almost all of Oliver’s milestones. It’s where he toasted his career achievements, like a job writing and directing for Universal Studios. He celebrated his 50th birthday quietly at the bar with Bowes. The couple actually lived in a casita on the property for 11 weeks when the bathroom in their Racquet Club home was being renovated. Now, they always celebrate the holidays at Melvyn’s with their relatives and closest friends.

“I can remember coming in here feeling like crap when the work wasn’t consistent and things weren’t working out,” Oliver says. “But places like this, they embrace you. They make you feel good.”

• READ NEXT: Anne Ramsay Reprises Her Role in Mad About You.

Making people feel good is what Oliver knows well; in fact, it has become the hallmark of his work.

The Canadian-born Oliver — who “grew up in a place where, if you laced up your work boots, you got beat up,” he says — always showed a proclivity toward the entertainment world, working as a magician and host on Canada’s YTV before he made the leap to Hollywood and found consistent work as a screenwriter, director, and producer.

His early career was rooted in the horror genre, like the cult film Prom Night II, the Goosebumps television series, and Are You Afraid of the Dark? But as time passed, Oliver began making movies that are less scary, more saccharine. Like The Christmas Train, starring Danny Glover and Dermot Mulroney, based on the David Baldacci bestseller, or Christmas Everlasting, with Tatyana Ali, Patti LaBelle, and Dondré Whitfield.

“The constant is that it was always about telling stories,” Oliver says. Only now his stories are packed with skating rinks, chestnuts, and gobs of Christmas cheer. “No matter what kind of film, I’ve always wanted to give people something magical outside of the realm of their own lives.” 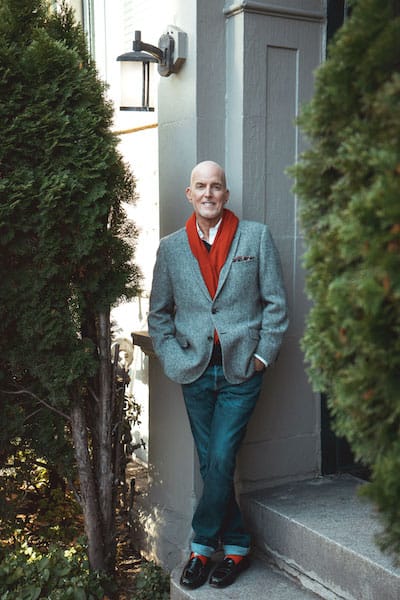 Oliver is doing exactly that, and he’s doing it for millions of people as Hallmark’s popularity has surged. According to Crown Media, the parent company of the Hallmark Channel, the network’s 2018 holiday movies attracted an average audience of 3.5 million viewers. The channel wrapped up the year as the highest-rated and most-watched cable network among women ages 18 to 49 and 25 to 54.

“As one matures, you look for the stuff that makes you feel good, and I’ve learned the value of making people feel good,” he says. “Making people scream is easy to do, but provoking an emotional reaction is a lot harder.”

• READ NEXT: Barbara Eden Keeps Us Dreaming of Jeannie. 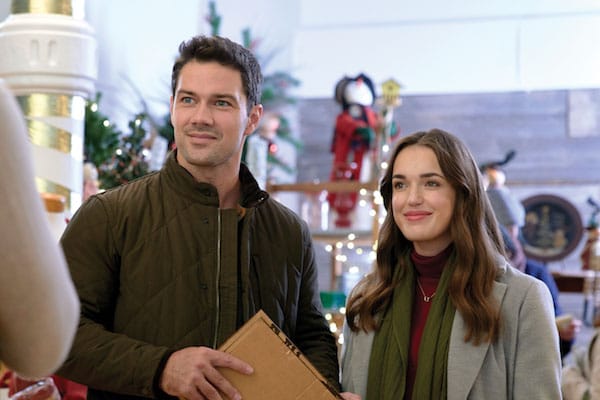 A scene from Christmas Everlasting.

“I’ve always wanted to give people something magical outside the realm of their own lives.”

That trajectory parallels his life with Bowes, whom he initially met through friends and then ran into again at a bar. They left Toucans Tiki Lounge together on a Thursday; the date ended on Monday. They’ve been together ever since.

“I had just gotten over a relationship that ended rather dramatically, and I wasn’t looking for anything. But when you don’t want love in your life, that’s when the perfect man walks in,” Oliver says. (And every protagonist in a rom-com agrees.) 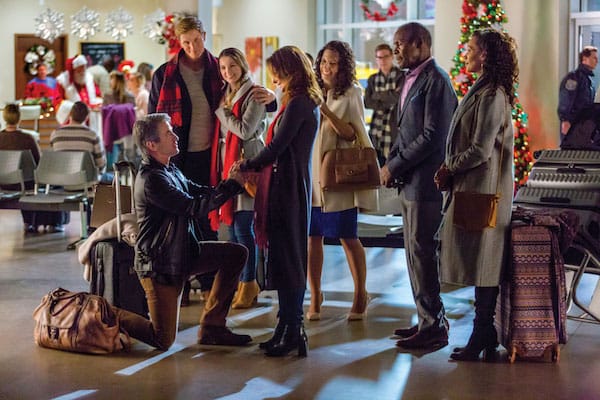 A scene from Christmas at the Plaza.

Oliver proposed to Bowes on the top of the Empire State Building. They enjoyed a long stay at the Plaza, and picked out their rings from Tiffany. The gentlemen were married on Christmas. It almost sounds like something that could be … in a  movie. Almost like Christmas at the Plaza, airing right now on the Hallmark Channel.

“The whole thing with the Plaza and New York and that swell of romance, that’s us. A part of our story is in every movie I make,” Oliver says. “You know, they say to write what you know.”

“Exactly,” Bowes intones. “That romance wouldn’t be there if he wasn’t so romantic.”

“Well,” Oliver says and takes his husband’s hand. “I wouldn’t be this romantic if I wasn’t married to you.”