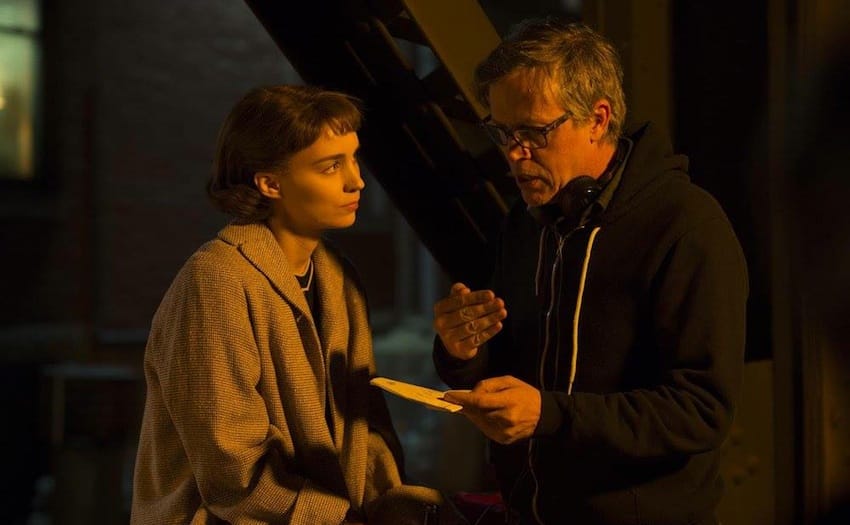 Rooney Mara will join fellow cast member Cate Blanchett from the movie, Carol, at next month's 27th annual Palm Springs International Film Festival after being picked to receive the Spotlight Award at the Jan. 2 annual Awards Gala at the Palm Springs Convention Center.

Past recipients of the Spotlight Award include J.K. Simmons, Julia Roberts, Jessica Chastain, Amy Adams and Helen Hunt. All recipients received Academy Award nominations in the year they were honored, with Simmons receiving the Oscar for Best Supporting Actor.

Carol, an adaptation of Patricia Highsmith’s novel The Price of Salt, has already garnered five Golden Globe nominations including ones for Blanchett and Mara. Both actresses also received Screen Actor Guild award nominations.

The movie follows two women from very different backgrounds – unhappily married Carol (Blanchett) and department store clerk Therese (Mara), who find themselves in an unexpected love affair in 1950s New York.  As conventional norms challenge their undeniable attraction, an honest story emerges to reveal the resilience of the heart in the face of change.

Mara’s film credits includes The Girl with the Dragon Tattoo, Ain’t Them Bodies Saints, Side Effects, Her, Pan, Tanner Hall, The Social Network, Trash, Youth in Revolt and The Winning Season. She will next be seen in the Untitled Terrence Malick film, Jim Sheridan’s The Secret Scripture along with Vanessa Redgrave and Jeremy Irons, and A House in the Sky.