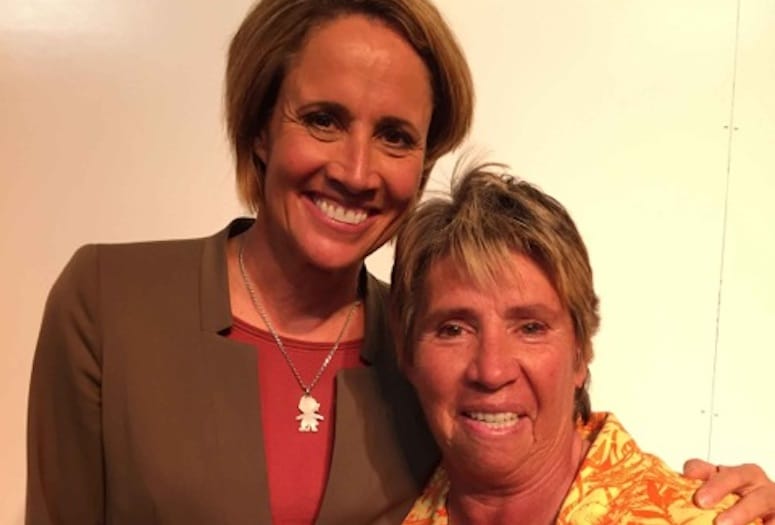 Tennis legend Rosie Casals know is the sport it to have a future in the Coachella Valley, it starts with developing junior players.

“I’ve personally helped a lot of the junior tennis players whenever possible here in the desert however I could,” says Casals. “I know from my own experience learning on public courts that supporting these boys and girls is essential to help them realize their dreams, reach their goals, and give them a strong start.”

Her company Sportswoman, Inc., will host the inaugural Rosie Casals & Jackie Cooper Invitational on April 26  to honor her friend and local tennis innovator, Jackie Cooper, who passed away in 2013. Jackie Cooper was a big proponent of junior tennis in the Coachella Valley until his passing in 2013.

Cooper was instrumental in growing tennis in the desert, and later in his life, he opened Jackie Cooper Tennis at the Palm Desert Resort Country Club, where he kept his courts free of charge for juniors. The invitational will feature local professionals and juniors playing in a Team Tennis Pro-Am with paid amateurs.

Proceeds will benefit the Tory Fretz & Jackie Cooper Junior Tennis Fund at Variety the Children’s Charity of the Desert. The event, sponsored by Esurance and presented by Star Ortho, starts at 8:30 a.m. at Indian Ridge Country Club. There will also be a special “Doubles Shoot-Out” with Billie Jean King and her World Team Tennis League joining as official sponsors. Rosei Casals was inducted into the International Tennis Hall of Fame in 1996.

Casals, who lives in Palm Desert, believes the Coachella Valley is fertile land to support a juniors tennis program. The desert climate is a huge plus, she says, for athletes seeking to train almost year round.  And,  “there is always something to do here,” Casals says, referring to the local proximity to world-class hiking, dining, shopping, theater and the natural treasures akin with living desert style.

The desert is also a tennis destination for the sports enthusiasts with the prestigious BNP Parabis Open in March, which is considered one of the top pro tennis competitions.

Rosie Casals with former tennis pro and coach Tory Fretz, and some of her junior tennis students.

Casals own tennis career is inspiring:

• She is one of the “Original 9” who established the Virginia Slims Circuit; winning the first title in 1971.

• She is a founder of the Women’s Tennis Association

• She was inducted into the International Tennis Hall of Fame in 1996.

• Her 112 doubles titles stand second only to Martina Navratilova.