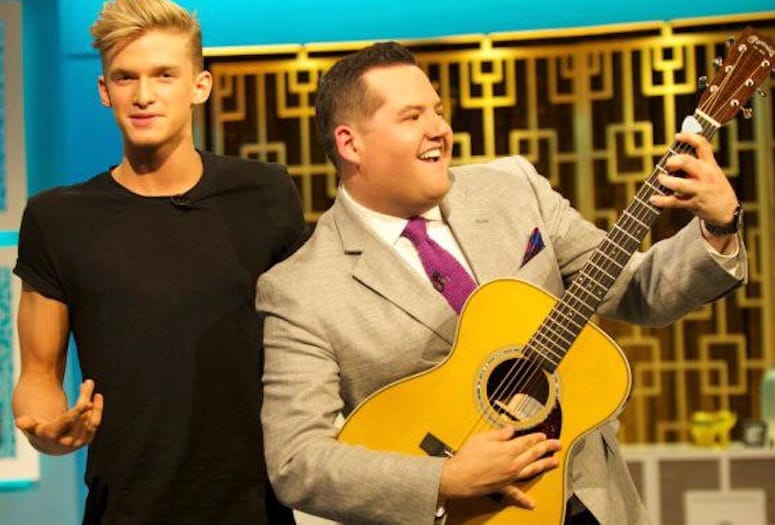 While his talk show on E! Network’s, Hello Ross, is currently on hiatus, Ross Mathews has hardly stood still.

He recently landed a guest host gig on ABC’s The View in New York City, flew back to the West coast to serve as grand marshal in the San Francisco Gay Pride parade, then back to tape The View all within a week.

Mathews remains part of the E! Network’s Red Carpet team for the rest of the year, and has more scheduled hosting appearances on The View, where he has been rumored to be in contention for a permanent spot as the show undergoes ‘creative changes’ following the retirement of Barbara Walters.

“I’ve always wanted to be on daytime TV, so you never know what’s going to happen,” Mathews says. Despite his hectic schedule, Mathews always makes time for the home he and his partner, Salvador Camerena, share in Palm Springs. This coming weekend he will mix business with pleasure as he makes a special appearance July 5 at the Copa Room Palm Springs to introduce drag superstar Jackie Beat to local audiences.

“I am a longtime fan and friend of Jackie Beat,” Mathews says of the performer pictured at right. “It is an honor to bring Jackie to the desert and I’d love to see more of Jackie as a tradition here. Jackie Beat sings live songs and does parody songs…what a talent.

"The show is not for the faint of heart, it’s a naughty, hilarious show but if you want a deep belly laugh, you will be blown away." he adds. "I believe the desert will love Jackie Beat and Jackie will love the desert.”

Mathews will enjoy the rest of the weekend in Palm Springs, a place he says he instantly connected with upon his first visit.