Allegedly, it was Socrates who first declared, “The unexamined life is not worth living.” This is advice that veteran entertainer Ruta Lee has finally followed.

The part-time Palm Springs resident (you can often catch her dining at Lulu or Trio or even thrift shopping at Revivals) is the author of a lively new memoir, memorably titled Consider Your Ass Kissed! 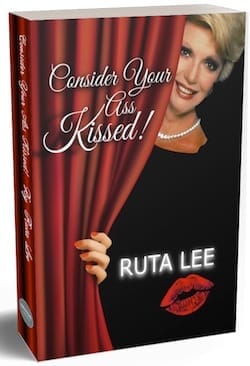 In it, she writes in vivid detail about a remarkable life that had her arriving in Hollywood from Montreal as a teenager and soon embarking on a decades-spanning acting career that had her appearing in classic films such as Seven Brides for Seven Brothers and Funny Face and on countless TV series, including The Twilight Zone and Three’s Company. She costarred opposite everyone from Fred Astaire to Elizabeth Taylor and became close friends with Lucille Ball and Frank Sinatra. Just as important to Lee, though, is her longtime fundraising work on behalf of the Thalians, which raises money and awareness for mental health issues, and which she joined at the urging of another famous pal, Debbie Reynolds.

Lee chatted with Palm Springs Life about her book, her close friendships with legendary entertainers, and what she loves about the desert.

Your book is such a fun read, but first let’s talk about that amazing title, Consider Your Ass Kissed!

[Laughs] It's an expression that I have used ever since I can remember. I have a career, but my real business, I think, has been raising funds for mental health through the Thalians. And so many people have been generous to me, not only in my life and my career, but in the fundraising efforts. I was grateful. The best way I knew to say thanks was to say, "Please consider your ass kissed."

Your very first film, Seven Brides for Seven Brothers, is also one of MGM’s greatest musicals. Recently, there’s been some controversy regarding its depiction of consent because the kidnapped women are held hostage yet fall in love with their captors. Turner Classic Movies included it in its “Reframed” series, in which the hosts look at old movies through a contemporary lens. What’s your take on this?

I think that it is all very temporary, and I cannot stand what's happened to us as human beings with what's going on in the world. And I regret that everybody forgets to have a sense of humor, about everything that you see and do. 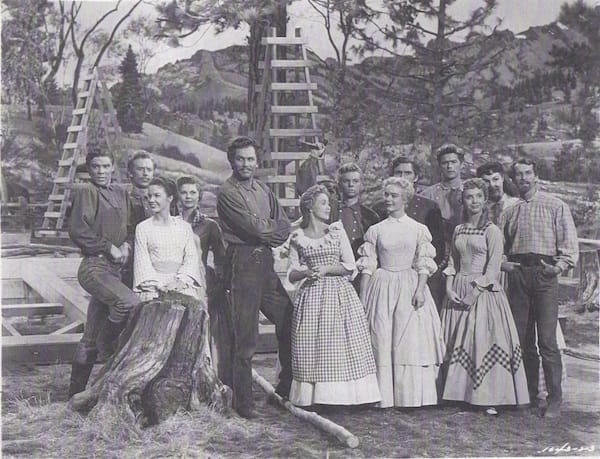 Ruta Lee with the cast of MGM's classic Seven Brides for Seven Brothers.

What frigging nonsense is that? Come on! Changing history just to suit political needs is driving me crazy. TCM should have me come on to talk about it.

You were very close friends with people who were practically considered Palm Springs royalty, such as Frank Sinatra. What did you learn from spending time with him?

Oh, I learned a great deal. Frank was probably one of the most generous human beings I've ever known in my life. He also was quick to anger, but he was just phenomenal. I spent a lot of time with him at the house. He was a person unto himself. I don't know of anybody who was more secure in who he was and what he could do. He was generous to a fault. Whether it was Thalians or somebody else, he just came out and did it and paid for the orchestra. He did all kinds of wonderful, generous things that I don't think most people are aware of. 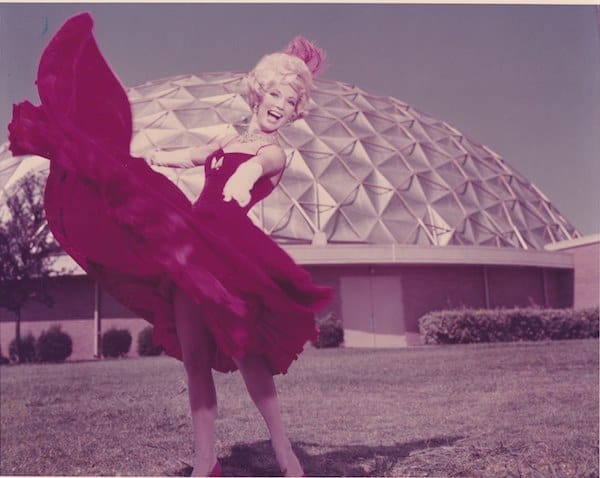 Ruta Lee in front of the Casa Manana Theatre in Ft. Worth, Texas.

You were also pals with Lucille Ball. So much has been written about her performances and work ethic. What was she like when the cameras weren’t rolling?

Lucy wound up being one of my very good friends. And again, there was somebody that I could ask and not only would she do it, but she’d also help along the way. I could ask her for anything and I did. I just found that to be another lesson in life, that you could be talented and beautiful and be generous and warm with spirit and with your time. You had to play games with her. She loved games. A group of us that were sort of the in-group would go over to play charades.

She loved charades, but then, of course, she felt madly in love with backgammon and that became the thing. It wasn't being a fly on the wall, it was being right there sitting ass to ass with Lucy and talking and drinking. Yes, God, she was fabulous. I just adored her. And those times in Palm Springs were the beginnings of my friendship with her on a personal level, rather than a work level. And they were special times with her.

You’re a renowned figure in Palm Springs yourself. I once saw you shopping in Revivals…

Oh, I have a funny story. I came home one time with a cute little dress. I said to my husband, "Look what I found at Revivals!” It had beading and everything on it. And he said, "You found it at Revivals, you idiot, because you gave it to them and bought it back.” I hadn’t even realized I’d donated it. 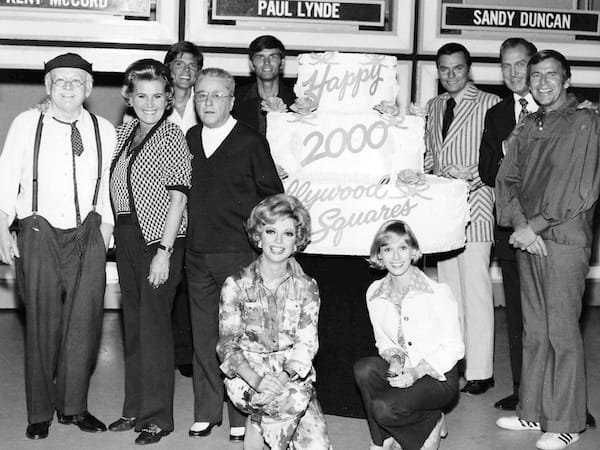 That’s amazing. When I saw you there, you were approached by so many gay men who obviously adored you and you seemed to love them right back and were so generous with your time.

I adore my gay friends, either male or female. I don't care. I love everybody of every persuasion and all I can do is say, "Thank you. Thank you. Thank you." Because it seems to me that if you have a coterie of friends that are gay, you will never be lonely in this life.

Consider Your Ass Kissed! is now available on Amazon or wherever you buy books. For more information, visit RutaLee.com.