Dr. Andrew Ordon of The Doctors, plastic surgeon with offices in Beverly Hills and Rancho Mirage 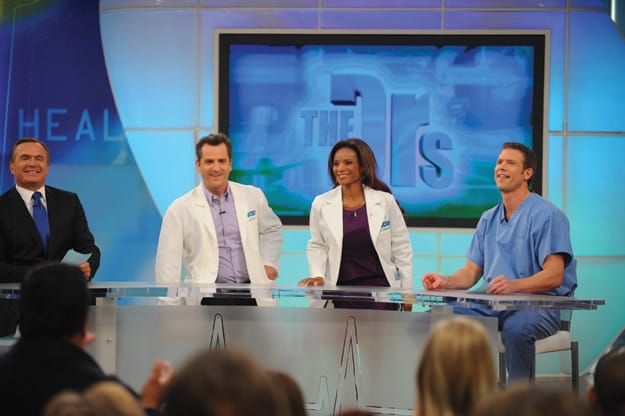 Dr. Andrew Ordon, a plastic surgeon with offices in Beverly Hills and Rancho Mirage, gets goosebumps each time he drives through the CBS Paramount Studio gates. “It’s where they filmed Gone With the Wind,” he enthuses.

As one of four stars on The Doctors, Ordon — who owns homes in the Coachella Valley and Hollywood Hills — goes through those gates every Thursday and Friday from the end of August until May to shoot up to 190 episodes of the syndicated daytime show that was nominated for an Emmy after its first season in 2008.

Ordon met Dr. Phil McGraw when their sons both attended Brentwood High School. He “auditioned” for The Doctors at McGraw’s house and for two years appeared on Dr. Phil with other potential candidates for the show’s cast of four. As “replacements” came along, Ordon knew his days could be numbered.

“Working in Hollywood, you can’t help but pick up some of those Hollywood insecurities,” he says. “The good thing is I am a doctor first and always will be.”

The exposure has been good for his practice. “We are seeing patients come from all around the world — Dubai, Canada, South America, because the show airs in all of those places,” he says.

According to Ordon, the camaraderie exhibited on air among the doctors (which also includes an ER physician, obstetrician/gynecologist, and pediatrician) is real. “We do hang out together,” he says, noting that three of them took a ski trip together this year. “Different specialties, different ages, different backgrounds — and we do sometimes have varying medical opinions, but we respect each other.” Because he’s older than his co-stars, they tease him as “the elder statesman.”

Ordon also holds Dr. Phil in high esteem. “He is a consummate pro,” he says. “I have learned so much about TV from him.”