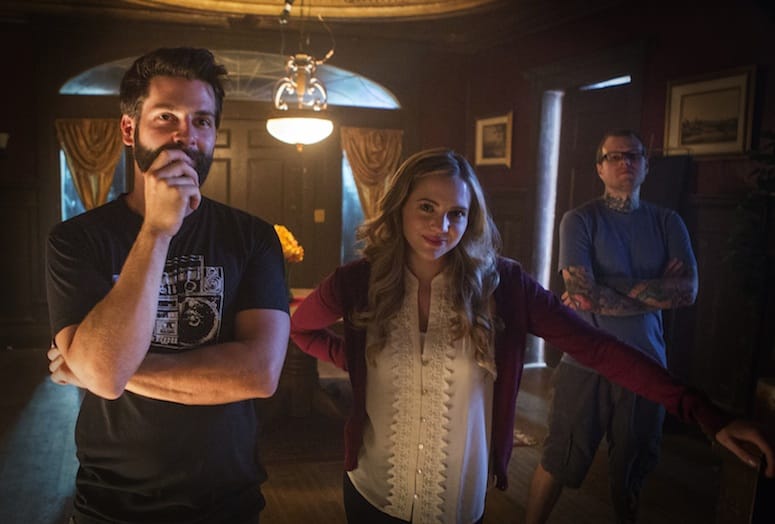 As a child, Ryan Spindell was terrified of horror movies. His mom was very “anti-horror” and, understandably, steered her child away from the genre. So how does such fear spawn one of the hottest up-and-coming horror directors?

“When I was 12 or 13, I saw Peter Jackson’s (of the Lord of the Rings trilogy) movie Dead Alive,” Spindell recalls. “It was a comic book zombie type of movie. I loved this art of filmmaking, and I love cartooning and the boundless creativity in every frame of the movie. I didn’t realize horror could be fun and cool.”

Spindell has found both in the creation of his latest film, The Babysitter Murders, which screens June 24 during this week’s Palm Springs International ShortFest, June 21-27. The film has already created quite a buzz, winning accolades and awards at various film fests including the Audience Award & Jury Award for Best Short Film at the horror industries’ prestigious 2015 Stanley Film Festival.

This is Spindell’s third award winning film following the success of Kirksdale (2007) and The Root of the Problem (2012), cementing his talent as one to watch in the future and furthering his personal goal to become a feature film director.

Spindell wrote the script and independently produced and directed “The Babysitter Murders”, spinning the audience on its head with a fun but dark, and surprisingly modern, view of the traditional “slasher” movie.

“I think the horror genre is the most cinematic,” he says. “As a horror filmmaker, I say ‘horror’ and I see their eyes glaze over. I would like people who have a locked in idea of what the genre is to watch the film to see what the genre could be. I want to show that there could be an artistry and interesting storytelling within the horror genre…hopefully, a more thought-provoking story, with good characters and just a great movie in and of itself.”

And how does Mom feel about horror films now? “I say it’s kind of her fault…she didn’t let me watch them (when I was young),” he says. “Now, I’m turning her to the dark side. She likes my movies, and this one in particular.”

Visit www.trapdoorpictures.com for more information about Ryan Spindell and his works.