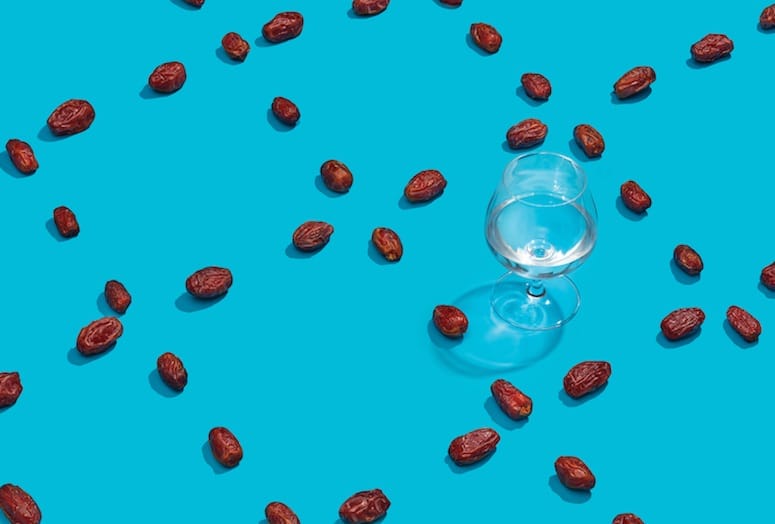 Whether you’re a longtime resident or a weekend visitor, you need not look far in the Coachella Valley to see that we love our dates — pureed into a frothy shake, pitted for a nutritious snack, wedged into glossy gift boxes, or stuffed with a stinky soft cheese. If those weren’t delicious enough, there’s now Sahara Date Brandy.

Yes, booze with the sticky, sweet fruit of the date palm.

“When I came here, I was impressed with the agriculture and the quality of the dates produced in the Coachella Valley,” says Ali Alemohammad, who, along with his parents, launched a company in 2017 to create the small-batch Sahara Date Brandy. “I did some research and found out that no one was making brandy from dates.” (Incidentally, L.A.–based Hollywood Distillery makes Oasis Vodka with dates sourced from Coachella.)

Alemohammad, who grew up in the Middle East, says dates were a meaningful part of the culture and a staple at meals. The origins of the fruit trace back to ancient Arabia. Today, Iran, Iraq, Egypt, and Saudi Arabia are among the world’s top date producers. It wasn’t until the early 1900s, when a U.S. Department of Agriculture program sought new, exotic crops, that date palms were planted in the bare Coachella Valley desert, where the climate and conditions mirrored those of the Middle East. Fast-forward a century, and the valley is now responsible for almost all of the nation’s date production.

• READ NEXT: The Sex Lives of Dates. 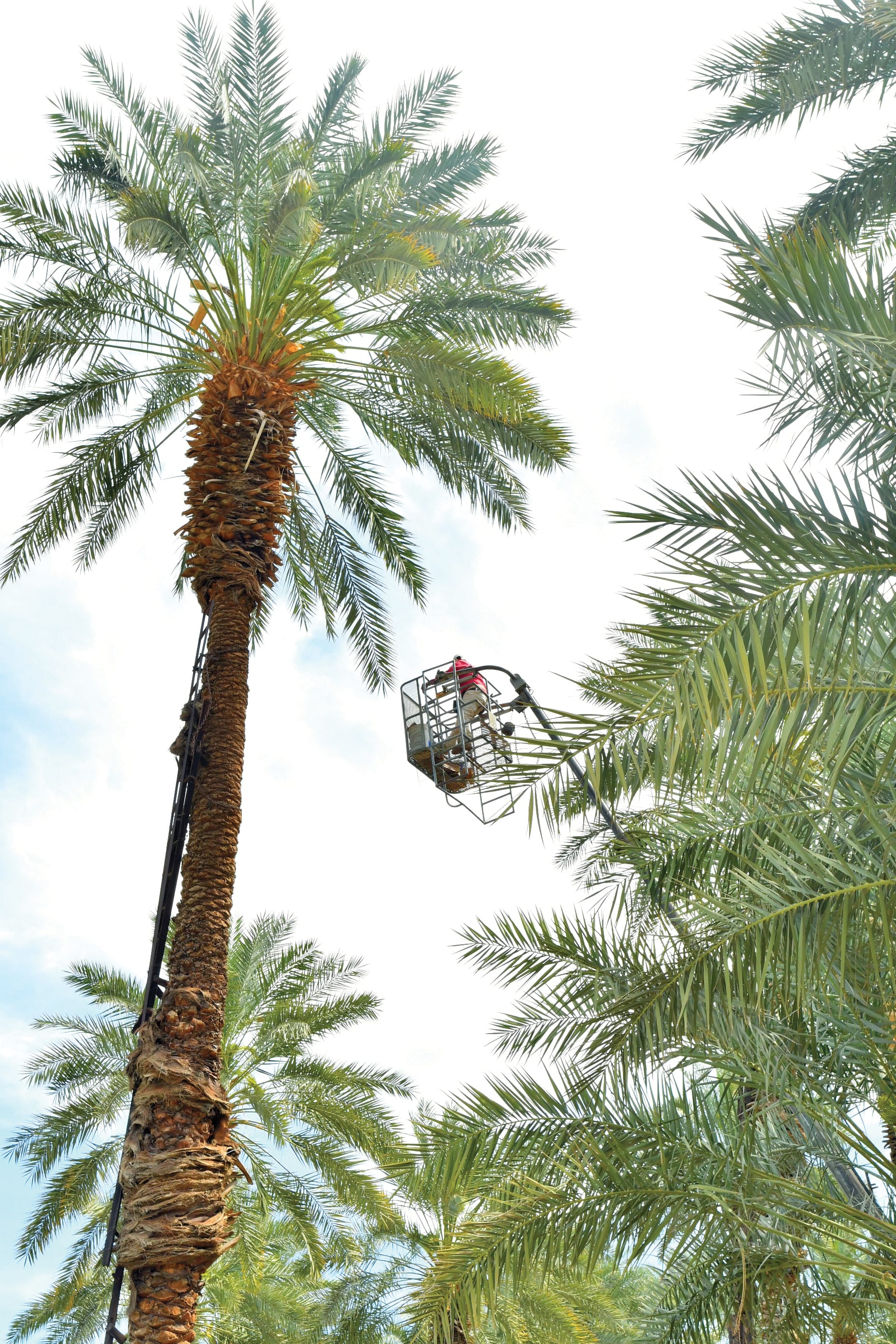 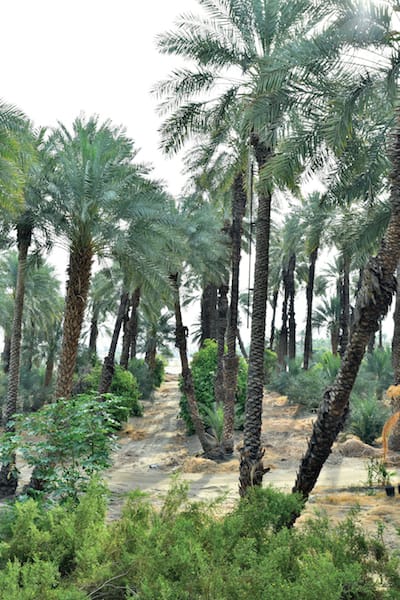 “It’s naturally smooth, so we don’t hold it in oak barrels.”

When Alemohammad, who studied chemical engineering at the University of Birmingham in the United Kingdom, moved with his family to San Diego four years ago to start a career in biotech, he found a city with a burgeoning craft spirits scene only a couple hours from America’s date capital, as well as an opportunity to merge the two worlds.

“At first, we just wanted to validate our idea,” he recounts. He approached a private label distillery in San Marcos that rents space, equipment, and services to small producers. He started experimenting with a few pounds of samples he procured from Coachella-based Woodspur Farms until he perfected the recipe and developed a production plan.

Sahara’s fermentation process converts the natural sugar from organic dates — mainly Medjool — to alcohol, then filters out the date fibers, which Alemohammad salvages and sells to farms as livestock feed. Next, the liquid is distilled 16 times before it “mellows out” before bottling into Sahara Date Brandy. The whole shebang takes around three weeks.

“It’s naturally smooth, so we don’t hold it in oak barrels,” Alemohammad explains. “Whisky or brandies that have been aged, they have to manipulate the starch in the fermentation process to activate the sugar, but with dates, we don’t need to do any of that.”

The result is a clear, 80-proof brandy that can be sipped on its own, served alongside sweets, or mixed into craft cocktails. (Alemohammad recommends using pomegranate juice or adding it to drinks with sour notes.)

Sahara hit the market in January 2018 with 600 bottles, mainly distributed to liquor stores in San Diego and Orange County, along with several in L.A. and Palm Springs. The stuff was a hit. “Our first batch was sold out,” he says. “People were very excited, and it was great motivation to do the second batch.”

The world of date-based products is booming, says Bob Harrick, vice president of sales and marketing for Woodspur, which owns date ranches throughout Southern California, including Oasis Date Gardens in Thermal. That’s due in part to an interest in healthier, all-natural eating. 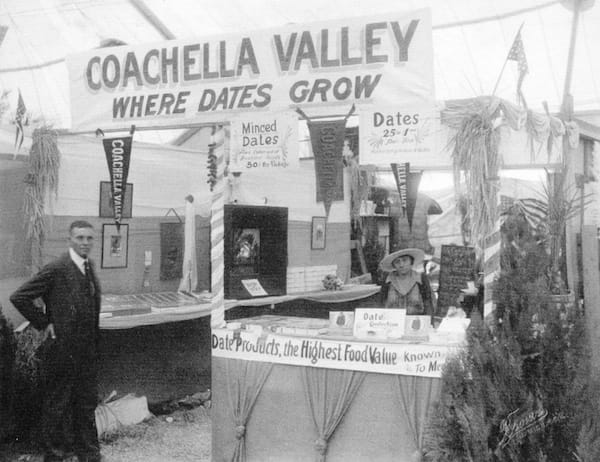 Dates have been a Coachella Valley staple since the 1920s.

“Date syrup has exploded because it’s now recognized as an alternative to artificial sweeteners,” Harrick says. “A lot of our corporate customers buy syrup for salad dressings, ketchup — all different products. It’s not considered an added sugar.” And many players in the multibillion-dollar nutrition bar market use Woodspur’s date paste, another all-natural derivative of dates.

A niche spirit like date brandy doesn’t only fill a void in the market, says Nicolas Palazzi, owner of PM Spirits, a Brooklyn-based importer-distributor of artisan spirits. “These are passion projects. It’s a matter of creating a product that is excellent and tastes like the food that it’s made from,” says Palazzi, whose portfolio includes a variety of eau de vies (clear, fruit-based brandies) derived from produce ranging from pears to prunes.

When Alemohammad’s mother, who had been heavily involved in the business, died in February 2018, he and his father put Sahara on hold for a few months, but they produced another batch at the end of the year.

Now, the company is ramping up for a larger rollout this fall with an emphasis on the date-loving Coachella Valley, working to ship bottles to retailers and encouraging restaurants and bars to create specialty cocktails that cater to the public’s increasing interest in locally sourced ingredients.