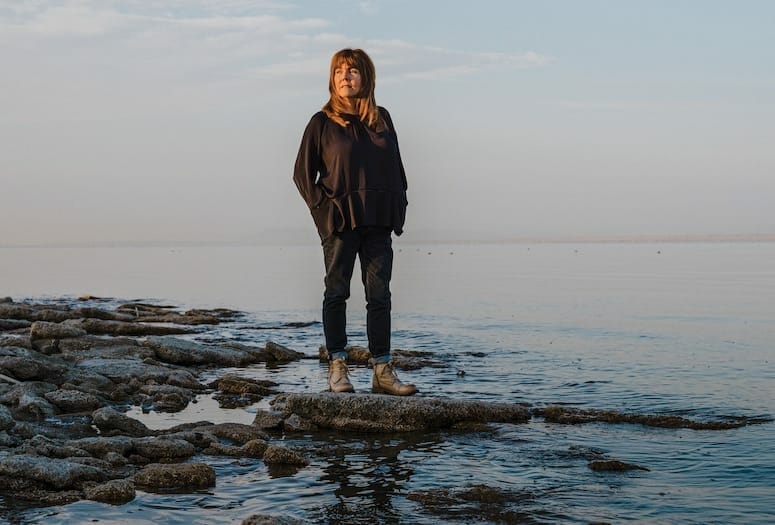 As managing partner and chief strategy officer of Online Land Planning LLC, Annette Morales Roe is advocating for a plan that would reroute recycled water that’s currently flowing into the Pacific Ocean to the Salton Sea and, in the process, address a variety of economic, social, and environmental challenges in the surrounding area.
PHOTOGRAPHY BY NATE ABBOTT

Annette Morales Roe learned how to waterski off the north shore of the Salton Sea in the 1960s. She didn’t grow up in the Coachella Valley, but her parents owned a vacation home here, and they often visited the sea for sun-drenched fun.

“It was a recreational location,” Roe says, smiling as she recalls the good times they had on her father’s small boat. “It sat six people, but it had enough horsepower to pull a person or two on the back. Those were the days when we were transitioning from two skis to one. I was somewhat of an obdurate child and decided I wasn’t going to do the two skis. I was going to try barefoot. I was not very good and sprained a number of ankles.”

Her family stopped visiting in the early 1970s, around the same time scientists began warning that the Salton Sea would shrink and become inhospitable to wildlife without a sustainable water source. In the late ’70s, a pair of storms flooded and wiped out towns and marinas along the shore. Bombay Beach, situated 223 feet below sea level on the eastern coast, was literally under water. Homes were destroyed, businesses shuttered, and people moved away. 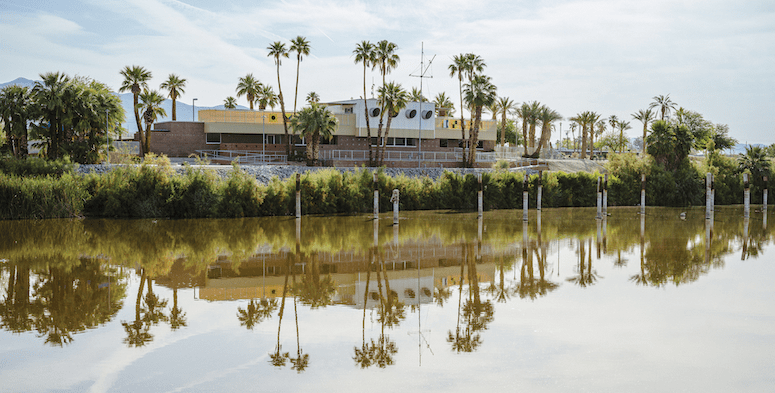 The 1959 Albert Frey–designed North Shore Beach and Yacht Club — restored in 2010 and listed on the National Register of Historic Places in 2015 — now serves as a community center. 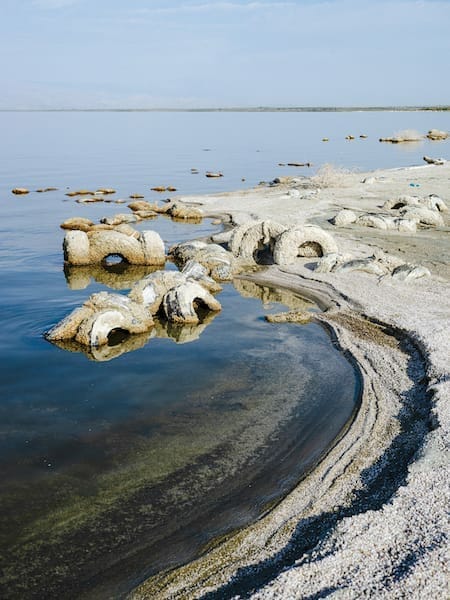 Along the shoreline, signs of warning and decay remind visitors the water is unsafe for swimming and recreation. 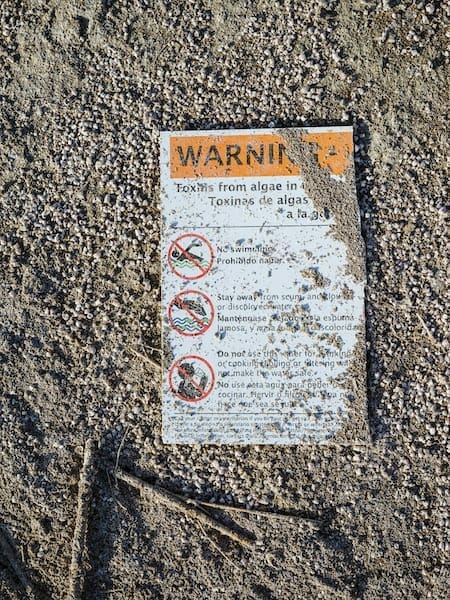 By the time Roe returned to the Coachella Valley with her husband 26 years ago to live in La Quinta, the shallow, landlocked Salton Sea, which formed in 1905 when inflow from the Colorado River filled the dry ancient lakebed, had become a beleaguered murk — a looming health and environmental crisis that has finally reached its moment of truth.

Now, Roe is certain that she knows how to fix the problem — and has the team to do it.

As managing partner and chief strategy officer of Online Land Planning LLC, she is advocating for a plan that would reroute recycled water that’s currently flowing into the Pacific Ocean to the Salton Sea and, in the process, address a variety of economic, social, and environmental challenges in the surrounding area.

“This is a pro-bono project because I am a constituent of the Coachella Valley,” says Roe, who joined the global master planning firm in 2015. “After reading for decades about attempts to try to rejuvenate, reinvent, and dismantle the Salton Sea, I worked with my firm to determine that there is another possible way to replenish the Salton Sea. My goal is to educate people that there are solutions that can be driven by the people.” 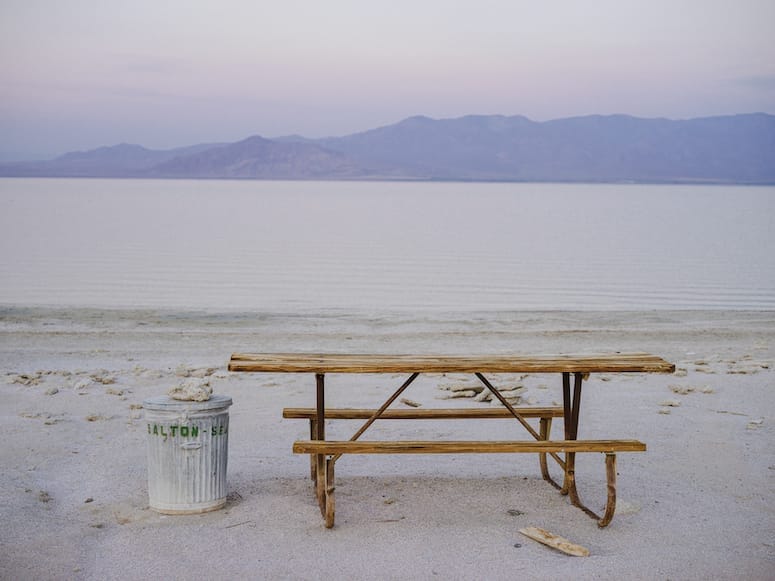 Campers and daytrippers visit the Salton Sea State Recreation Area — 14 miles along the northeastern shore — for stunning views of the water and sunsets over the far Santa Rosa Mountains.

California plunged into Salton Sea restoration when Colorado River users and the federal government signed the Quantification Settlement Agreement in 2003. That cleared the way for Imperial County to sell its water to San Diego, cutting off the flow into the sea and exposing thousands of acres of the dusty lakebed, which was a blow to local air quality.

“Our proposal is to bring that water back into the Salton Sea,” says Roe, who ends all her emails with “Viva Salton.” “We call this a green-to-green solution. It is a unique value proposition, a business plan that does more than bring in water. It develops the area economically, and it addresses operations and maintenance long term while a lot of other solutions might not.”

She refers to 11 other water importation proposals being assessed by an independent review panel facilitated by the University of California, Santa Cruz, for the next phase of the state’s Salton Sea Management Program. The first phase, better known as the “10-year plan,” delivered dust suppression and habitat projects. Now, they’re evaluating potential long-term solutions, which include water importation.

VIDEO: Experts discuss how the Salton Sea reached a crisis point and the variety of legislative actions aimed at righting the ship.

Under the firm’s proposal, recycled water would travel from Point Loma to San Onofre — “Southern California Edison is very interested in using that decommissioned [nuclear power plant] infrastructure in a positive way,” Abelson says — and then over land to the Salton Sea. “In the Pacific Ocean, there are six waste treatment facilities from L.A. to San Diego,” he explains. “Every day, about 900 million gallons of water are being discharged into the ocean. It’s all secondary-treated water, which is what we use in public parks and on golf courses. It’s purchased and used by municipalities right before it goes into the ocean. We want to buy some of it and turn it inland.”

The price tag is $6.5 billion, which can be paid for either by the state, private investment, or a public-private partnership. The plan builds in a 30 percent return on investment.

“In 2000, the California Legislative Administrative Officers Report on the Salton Sea said the state of California created this situation, and they are responsible,” Abelson intones. “[The report] said that if you do nothing to fix this, and you let this thing dry up, it’s going to be a $70 billion problem. We say, it’s not a $70 billion problem, it’s a $6.5 billion solution.”

That price could decrease by roughly a billion dollars, he adds, if the governor declares a state of emergency at the Salton Sea and puts the water to beneficial use for health and environmental reasons. Even at full price, it’s a bargain compared to plans to import water from the Sea of Cortez that are estimated closer to $20 billion. 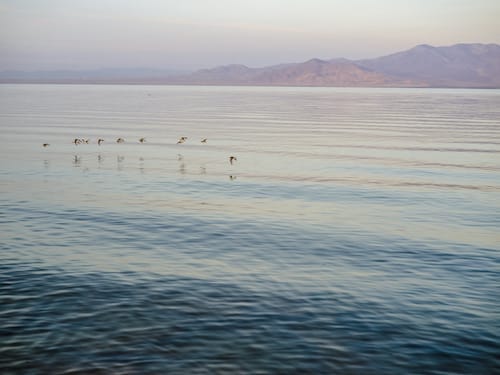 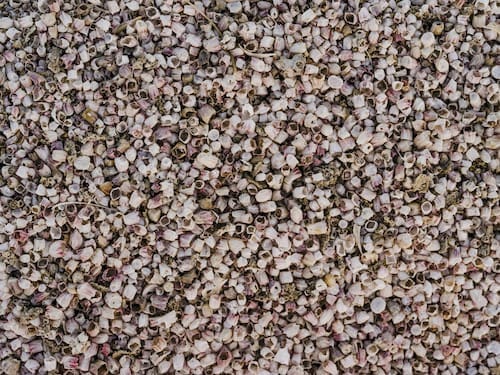 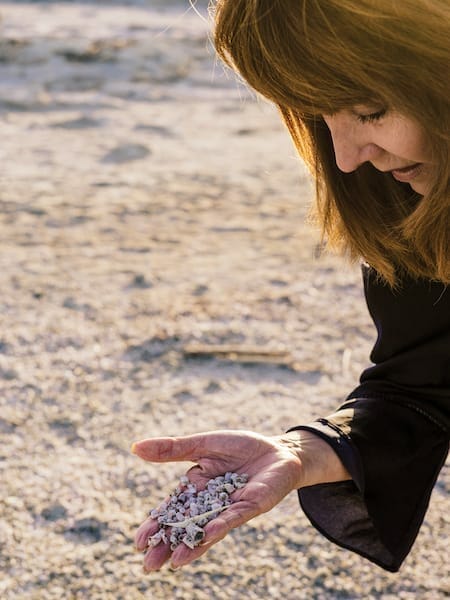 The landlocked Salton Sea has no sustainable source of water. Over time, the shallow, saline sea has been shrinking, exposing more of its shoreline, which has become a bed of toxic dust and fish carcasses.

Online Land Planning’s price includes tertiary treatment of the water — but only after gleaning the useful benefits of the secondary-treated water, which contains phosphorous (used in soap making and other industries) and ammonia (used in cosmetics), an enterprise that can create jobs and economic impact in the area. Abelson says the initiative would take about six years and bring 3,600 new jobs, 600 of them permanent.

Roe has presented the proposal to more than 50 public officials at every level of local, state, and federal government. While the response has been overwhelmingly encouraging and affirming, the plan’s fate rests with the review panel, which has not signaled a direction.

“The California Natural Resources Agency is going to evaluate these 12 solutions and decide whether or not they’ll do water importation,” she says. “Water is the only thing that’s going to solve the problems at Salton Sea. Our challenge is to keep that top of mind. We can monetize the water that’s spewing into the ocean and create economic development — new communities, jobs, and help for the hospitals and the school districts — and solve the crisis at the Salton Sea.”

• READ NEXT: Take a Strange and Wonderful Ride Through the Salton Sea Communities.