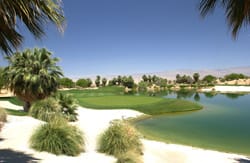 – Palm Desert craves a topflight hotel for its 36-hole Desert Willow Golf Resort. So, in mid-June, the city conveyed land and signed a 90-day exclusive negotiating agreement with a Los Angeles developer to build a super-luxury W hotel at city-owned Desert Willow — W is a recent brand of Starwood Hotels, owner of the Westin, Sheraton, and Le Meridien chains — with 275 rooms/suites, plus 250 timeshares. The timeshares seem certain. As for the hotel, the city isn’t counting its chickens prematurely. "This is our best shot yet, but we’ll see," Councilwoman Jean Benson says.

– The valley’s Multiple Species Habitat Conservation Plan was 10 years in the making. Yet in June, the Desert Hot Springs City Council rejected it. In brief, this hugely complex plan — which requires ratification by all nine Coachella Valley cities plus the county — protects habitat for 21 species in return for freeing development projects from federal/state wildlife agency vetoes. Only D.H.S. said no. The result: The Coachella Valley Association of Governments will immediately begin drafting a revised plan that excludes D.H.S.

– Riverside County’s population is soaring, its criminal population included. The resulting shortfall in cell space has already led to some 3,000 inmates gaining early release this year, with worse to come if more jails aren’t built. But how to finance those? For now, the county supervisors have decided against asking voters to hike the existing sales tax by a quarter-cent for this purpose. Instead, they hope to find private developers to construct the new jails and lease them to the county, thus avoiding the absurdly high state-mandated "prevailing wage" building costs.