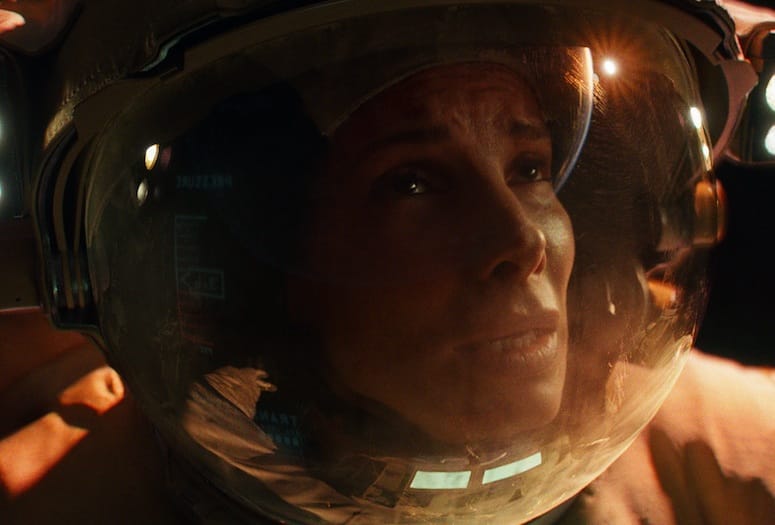 Each year the festival selects an actor and actress to receive this award. Matthew McConaughey has already been named the Desert Palm Achievement Award-Actor honoree. The PSIFF runs Jan 3-13, 2014.

The shuttle is destroyed by space debris, leaving Stone and Kowalski completely alone — tethered to nothing but each other and spiraling out into the blackness.

The deafening silence tells them they have lost any link to Earth…and any chance for rescue. As fear turns to panic, every gulp of air eats away at what little oxygen is left. The only way home may be to go further out into the terrifying expanse of space.

In addition to Gravity, Bullock also starred this year opposite Melissa McCarthy in the smash hit buddy cop comedy, The Heat. She has also recently starred in such diverse projects as the drama Extremely Loud & Incredibly Close, the romantic comedy The Proposal, and the Oscar-winning Crash.