Sara Petite Shares Her Tall Talent With a Captive Audience 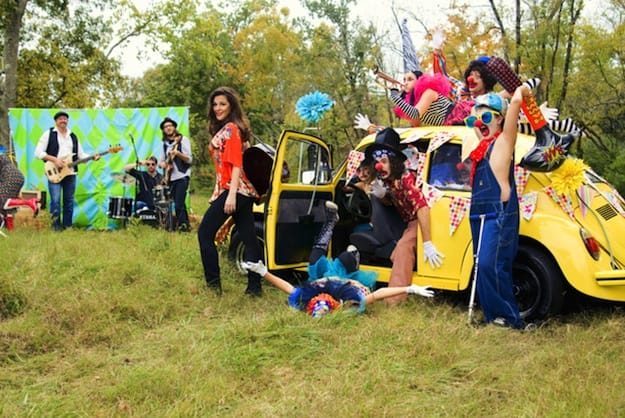 Sara Petite is an old soul.

She’s not one of those tragic drifters who bristles at modern technology, or praises the narrow-mindedness of the good old days. Instead, behind her expressive eyes and raven hair is the heart of a poet – a heart that’s been broken.

Petite’s boyfriend died a few years ago, leaving her “messed up for two years.” Bookending the loss are her memorable and sometimes unusual stints on the road, touring remote areas in the south and Midwest. Songs like the Garth Brooks’ hit “Friends in Low Places” became funny diversions while on tour. If she weren’t a musician, she reckons she might have tried her hand at a number of other professions.

“I would probably be a researcher,” she confesses. “I have a degree in poly sci (political science). Either that, or I would babysit dogs. I’d probably like to work for myself.”

But that old soul still needed to engage with an audience and purge its demons. She slowly picked up the pieces and kept making music.

The Americana and Bluegrass singer/songwriter released her latest effort, Circus Comes to Town in 2013.  It shines with songs like “Movin’ On”, “Barbwire” as well as its gorgeous title track. Her previous feature-length efforts showcase a cavalry of bold tracks like “Bikers Anthem” from Going Back Home Volume 6, or “Dead Man Walking” from Lead the Parade. Although critics and fans latched on to her 2010 release, Doghouse Rose, it’s her current work that truly captures her fancy.

“Doghouse Rose was the first really produced CD I ever did,” explains Petite, “but Circus Comes to Town was really stripped down.”

Minimizing one’s artistic trappings isn’t always easy – particularly when the person doing it hails from the sun-drenched streets of San Diego, Calif.  But its breezy shores have offered Petite respite from the maddening crowds, the lonesome road, and an unpredictable tour roster. Another driving force in her life is the inspiration derived from music by cherished performers Lucinda Williams, Bruce Springsteen, and Loretta Lynn.

“I think the combination of all those three would have to be my favorite,” she muses.

Petite has been fortunate to steer clear of the usual trappings that surround performers in larger markets like Nashville.

The blatant sexuality that so many young women in her industry must exude to carve out a viable career on the Billboard charts has bypassed the singer. She credits performers like Dolly Parton for inspiring her to balance femininity and sex appeal with musical skill and focus.

“She’s definitely one of my idols because she really found a way to work it,” Petite says.

She even admits to even embracing what she calls a “va-va-va-voom” image for Circus’ cover art, on her own terms and without feeling compromised in the process. Now that Petite is showing comfort in her own skin, and unquestionable strength in her artistry, she eyes the future with a solid foundation beneath her. When asked where she sees herself in 10 years, Petite delivers a surprisingly mature answer.

“Oh, God,” she explains. “I guess I want other people to sing and record my songs.”