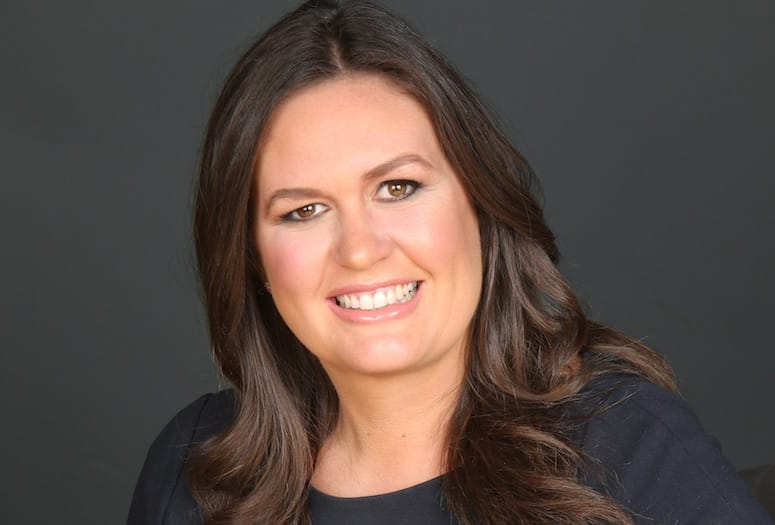 Sarah Sanders, former White House press secretary for President Donald Trump, will speak in the desert, Feb. 7-8, at a pair of fundraisers for Mama’s House, the only residential home within the Coachella Valley providing shelter for women in crisis pregnancies.

Sanders' visit will start with a private VIP reception and dinner with major donors from 5-7 p.m  Feb. 7 hosted by Mama’s House at a location to be announced.

On Feb. 8, Sanders will speak at the organization's seventh annual Heartbeat of Love Luncheon at the Indian Wells Renaissance Resort and Spa. The event will run from 11 a.m. to 1:30 p.m..

"We are anticipating a sold-out event once again this year, with approximately 1,100 guests in attendance," says Jan Lupia, founder and executive director of Mama's House. "Sarah Sanders is only the third woman and the very first mom to hold the job of White House Press Secretary. We look forward to hearing about her unique, challenging, and inspiring experiences in the White House, in addition to her perspective on some of the great events of our recent history. It is very gracious of her to come and lend her support to the work of Mama's House."

Sanders served as White House Press Secretary from 2017-19. A trusted confidante of the president, Sanders advised him on everything from press and communications strategy to personnel and policy issues. She was at the president's side, handling the media, working with lawmakers and CEOs, and staffing the president on every foreign trip, including meetings with many foreign leaders.

President Trump described Sanders as "irreplaceable, a warrior, and a very special person with extraordinary talents, who has done an incredible job." Sanders joined the Trump campaign as a senior advisor during the primaries, and she continued that role through Trump's election as president.

In addition to leadership roles in other political campaigns, Sanders has also advised major Fortune 500 companies and nonprofits to take action to end extreme poverty and preventable disease, particularly in Africa.

In 2007 and 2008, Sanders helped lead her father, former Arkansas Gov. Mike Huckabee, to victory in the Iowa Caucuses and in seven other states. As his national political director, Sarah Sanders has been named as one of Time Magazine's "40 Under 40," and has been recognized as one of the best political operatives of her generation.