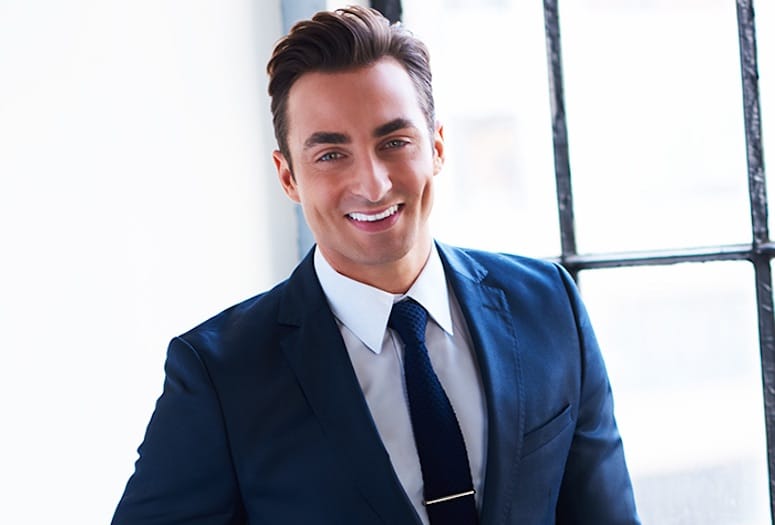 Scott Nevins will host the virtual one-hour of musical acts like Kristin Chenoweth and Matthew Morrison.
PHOTOGRAPHS BY CEDRIC TERRELL

But the LGBTQ activist and entertainer is on schedule to host Desert AIDS Project’s “Voices of Hope” on June 19 via the organization’s social media channels on Facebook, YouTube, and Twitter. The show was originally slated to be held June 5, but DAP offficials decided to postpone the event after the killing of George Floyd.

The virtual musical experience, featuring a cavalcade of entertainers who have performed in Greater Palm Springs before, includes Kristin Chenoweth, Matthew Morrison, Betty Buckley, Ann Hampton Callaway, Megan Hilty and Brian Gallagher and more. The one-hour program will open with Nevins and two of his co-horts — Emerson Collins and Blake McIver — from their time together on the Bravo show, The People’s Couch.

Nevins won’t have to travel to put on the show. He and his partner, Philip Hodges, bought a house in Palm Springs a year ago on their one-year anniversary. They were slated to be married at the house in March, but had to cancel due to the coronavirus outbreak and now have moved the date to March 2021.

“We've been sheltering in place out here since early March,” Nevins says. “I call going to the grocery store going on vacation now. That's our one time we go out and leave the house. We've really been playing it super safe and staying home. And luckily because of things like ‘Voices of Hope’ and other projects I'm able to work from here, which is a whole new world for me, but it's been great.”

Nevins spoke with Palm Springs Life about the DAP event and navigating his career virtually from Palm Springs.

How far back does your connection with the Desert AIDS Project go back?

I want to say over 10 years. I love the work they do and the services they provide. I got a call from Darryl Tucci (chief development officer) and he said, “We have this idea. I think we can pull this off." I said, "No, I know exactly how you can pull this off." I said, "I want to work with you on this." And that's how I became, just from being the host to the co-producer and then from there I said, "Let me call some of my friends. Let me call in some favors." And I'm not kidding, immediately everyone said yes, down the line, there was no delay. There was no, "Oh, let me think about it." It was, "Absolutely. What do you need from me?" All the way to Kristin Chenoweth, who had just performed for Desert AIDS Project at the Steve Chase Gala and they reached out to her and said, "Listen, we're doing this live stream. Would you maybe do something?" And she said, "Whatever you need from me, I will do."

You’ve hosted many live events, but what are some of the challenges of hosting one virtually?

You're always at the mercy of the tech gods the night of the show and we've been doing run-throughs and making sure everything will run smoothly. We know that everyone's performances will look and sound great. Technically, it's always scary, but as a producer, artistically, I'm really proud of what we're able to pull off and how great it looks. I'm just hoping the tech gods are kind to us.

How do you connect with the audience virtually?

Nothing beats a live audience. It's so great to feed off the energy. There's something also extremely exciting about doing these livestreams because there's an audience on the other end and we're going to have away for people to comment and interact with us in the comments section. There's lots of options for us to be able to have a real connection with the audience. And for me as the host, it's always exciting, obviously, a host and producer to be able to present these amazing artists, but also just to connect the dots for everybody of why we're there, how we're raising money, how we're supporting our local restaurants at the same time, and then being able to present these incredible artists.s

What else are you working on from home?

I'm also doing another live stream for North Jersey Pride on June 28, which is a Pride festival that I host every year for about the past six or seven years. And it's in this beautiful park in Maplewood, New Jersey, and there's tons of families and it's really this beautiful example of what America could be. So they reached out and they said, "We don't think we're going to be able to do it this year." And I said, “I have an idea.” And they were thrilled that I knew how to do this and that I could help them get some good guest artists and it’s coming together really well 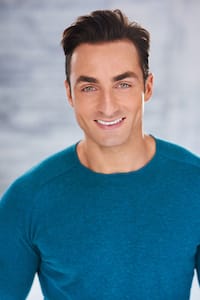 "I think that speaks volumes to the fact that everyone knows that every single American is included under protections and whether people are trying to use religion or any other means to discriminate against somebody else, it's not going to work."

You really are getting a lot of practice at this.

I am, right. It's interesting because also now, when I do my work with CNN or CNN International or any news station, I'm now doing that from the house, virtually, and I had to learn how to make that look good with lighting, a great camera, and it's all a big learning experience, but I also think it's incredibly useful. Now I know how to do this all on my own. I can run my own little quarantine studio here.

What does it mean to you to be seen as that champion of LGBTQ rights, and with events like this, be the face of organizations like DAP?

I always consider it a real honor. I always said that if I ever got the smallest amount of notoriety or fame or whatever you want to call it, I would use it to do something good. And listen, I also know that being so outspoken as I am, I'm a native New Yorker, so I got a big mouth and I use it. And I know that probably, people don't agree with me. I'm sure they really don't like that I do that, but at the end of the day, I try to align myself always with causes that help people.

This week we saw health care coverage for patients who are transgender get rolled back by the Trump administration. But then the Supreme Court upholds the law that forbids job discrimination on the basis of sexual orientation or transgender status. How would you gauge the fight for LGBTQ-plus equality?

I was very excited when I received the news about the Supreme Court decision. And if you look at those numbers of how the decision split (6-3), it was not conservative versus liberal, it was a hefty decision in favor of, and I think that speaks volumes to the fact that everyone knows that every single American is included under protections and whether people are trying to use religion or any other means to discriminate against somebody else, it's not going to work. Now, when you have someone like the current person we have in the White House, who is doing it to gain votes with evangelicals and other religious people, you know that's the game. I don't think Donald Trump cares about transgender people, either in a good or bad way. I think he knew that this was a topic that would be red meat for his base, like everything else he does, and that he could get people riled up.

Unfortunately, he had egg on his face now as does the whole Republican party, because here, the Supreme Court, which they have tried to stack in their favor, just ruled against what they're trying to do. I think it was a great day to get this news and I think we have a lot more of this fight ahead of us. That's why it's important to vote correctly and vote for those who support you. And unfortunately, as it stands, the Trump administration and the Republican party do not support LGBTQ plus causes. And it's time to get back to where we were with the Obama administration. It's time to light up the White House in rainbow again, and celebrate all people in this beautiful country.

Register to participate in the Desert AIDS Project’s “Voices of Hope”. The free event offers three ticket levels to choose from including ones where your donation gets you a place in a special drawing. Visit desertaidsproject.org/hope.

• READ NEXT: Palm Springs Cultural Center to Turn Its Parking Lot into a Drive-in Theater.