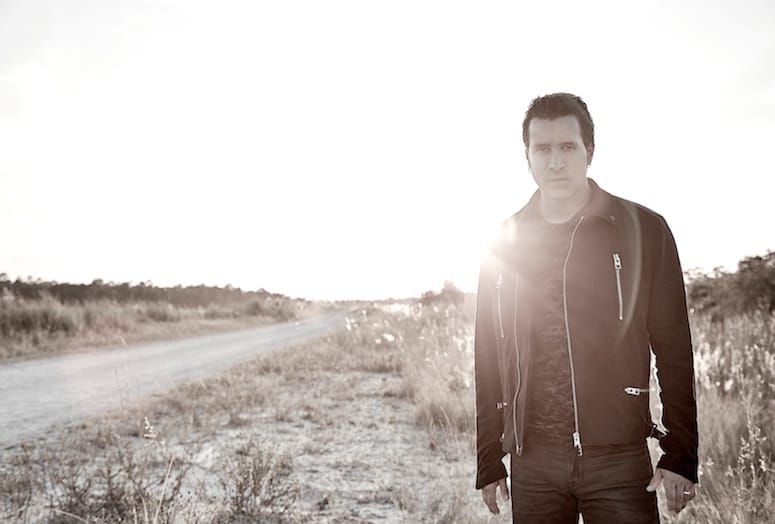 Scott Stapp says listening to Def Leppard growing up ignited the idea of a career as a singer.

To borrow a line from one of Scott Stapp’s favorite bands, The Doors, the voice of Creed is making sure their clarion call to “break on through to the other side” has since been repositioned as a mantra for positive living.

“It’s about going through this journey of life and experiencing its ups and downs, and always keeping your eyes set on getting through whatever it is you’re dealing with,” Stapp observes. “That’s absolutely where I’m at today, man.”

Stapp will be bringing a set chock-full of monster Creed hits like With Arms Wide Open, My Own Prison, Torn, What’s This Life For, One, and My Sacrifice, plus material from his two heartfelt solo albums, The Great Divide and Proof of Life, on Aug. 20 to Morongo Casino Resort in Cabazon.

Palm Springs Life called Stapp between tour stops to discuss the differences between Southern California and Florida, the upside and the downside about streaming, and why The Doors and Def Leppard continue to mean so much to him artistically.

You grew up in the Orlando area of Florida. Did you feel a completely different vibe between the West Coast and the East Coast when you first came out to Southern California?
“Yeah, it was a totally different vibe — just night and day. I felt it was very much a place that cultivated the value of a free spirit. It was really cool. It was something that stuck with me. I absolutely fell in love with Southern California — the mountains, the ocean, the scenic beauty, and the weather. It was very inspiring, man. I love it to this day.” 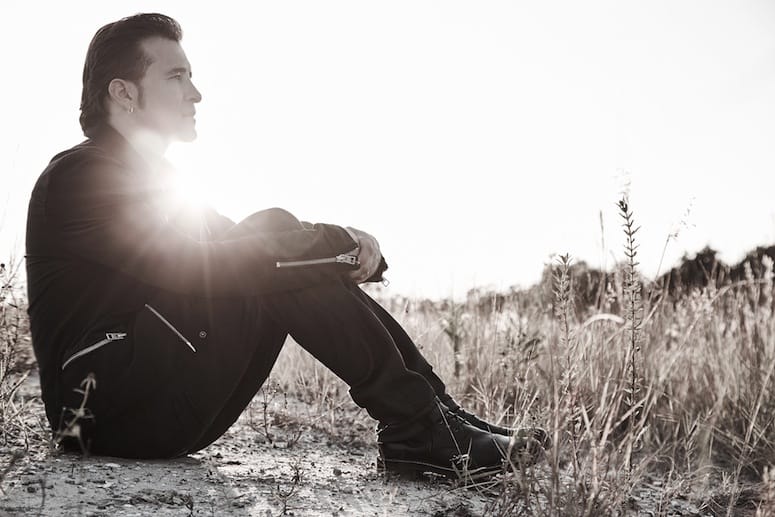 PHOTOS COURTESY OF SCOTT STAPP
Scott Stapp: “I’m kind of a throwback. (chuckles) I like to record analog-style, on tape, with all the vintage equipment. I think that captures the purity of the sound, and represents the quality of the sound as it was meant to be digested by the human ear.”

How about the Palm Springs area?
“I’ve spent quite a bit of time there — a month here and a month there over the last 15 years. I travel quite a bit every year, and I’ve probably spent about 4 months total in Palm Springs.”

Have you ever golfed there?
“Yeah, I love golf, and I have played in Palm Springs. But my dream course to play someday would be Pebble Beach.”

Hard to argue with that. What can folks expect to see in the late-night set you’ll be playing at Morongo?
“It’s like they’re getting two shows in one. They’ll get the best from the Creed catalog, and the best from my solo records. Most of my solo fans are Creed fans, and they want to hear those records too.”

Those songs are all part of your DNA as an artist, so we want to hear how they sound in 2016.
“Yeah, man. It’s part of the musical journey. It really translates well live — the mix of the Creed tunes and my solo stuff. I do play more Creed tunes than solo tunes. It’s more like a Creed greatest hits set along with a couple of cool album tracks from the catalog that I love. And sprinkled in between are some solo cuts.”

Are you seeing a new generation of fans coming to your shows now?
“Definitely. One thing about doing the solo records is that they’ve tapped into a younger generation that may have missed Creed during our prime. Not only do they know my solo stuff, they’ve gone back and dove into the Creed catalog. They’re now getting a chance to see the whole Creed experience for the first time. It’s pretty cool to see that whole thing happen.”

Rarities & Demos disc set has Creed’s version of Riders on the Storm that you did for the Stoned Immaculate: The Music of The Doors tribute album in 2000. The Doors must have been an important and influential band for you while you were growing up.
“Absolutely. They were one of the Top 3 or 4 most influential bands on me, especially in my teen years. I really fell in love with the band, and I really love the way [Jim] Morrison approached lyric writing as a body of work — as poetry in itself. It took me down the long and winding road of rock & roll, and the rock & roll lifestyle — the good and the bad.” 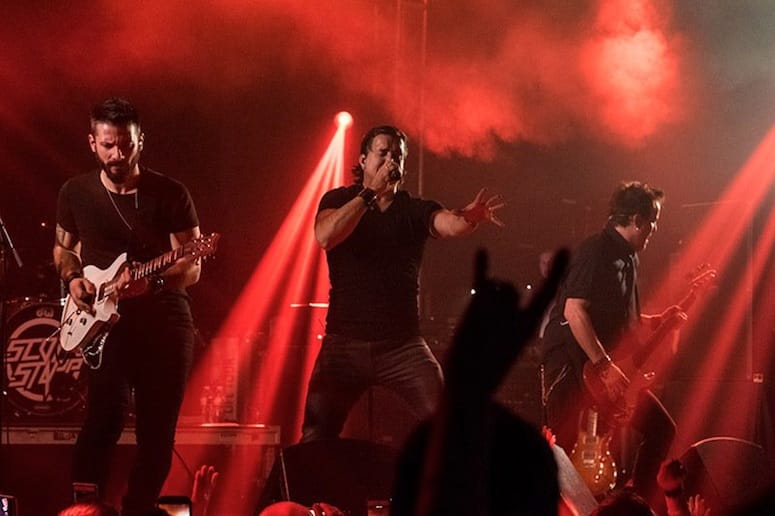 Scott Stapp will mix songs from Creed and from his solo albums for the Morongo concert.

What was the first record you heard growing up that still has impact on you today?
“Oh, when I was 8 or 9 years old, it was Def Leppard, Pyromania (1983). That record changed my life. Not only did I fall in love with rock & roll because of that record, but it sparked a dream inside of me that that’s what I wanted to do when I grew up. I wanted to be just like those guys.

“It’s an amazing record, and it totally sparked me getting bit by the rock & roll bug. I remember jamming on a coffee table with a tennis racket, playing air guitar while watching Photograph on MTV and just thinking, ‘One day, I want to be a rock star, and marry a model like that.’” (both laugh)

Have you ever had a chance to meet Def Leppard?
“No, I haven’t. Not yet. But they inspired me to do what I’m doing.”

On the other side of the listening coin, we can go into Spotify right now and see there’s over 20 million listens each to Creed songs like With Arms Wide Open, Higher, and One Last Breath. As an artist, what do you think about streaming?
“Well, on one hand, on the positive side, it’s great that we have a new medium that connects our music with the fans, because, ultimately, that’s what we want — to connect our music with as many fans as possible.

“But on the other hand, the downside, is how the artist is compensated. I’m on the side of, ‘It’s not right.’ Legislation needs to happen to change that so artists are properly taken care of. It’s outrageous, the tenths of a cent an artist gets paid per spin! It’s crazy, man. It needs to be changed — at least to the royalty rates Sound Exchange, BMI, and ASCAP pay. It needs to be comparative, in my opinion. That’s the only downside. And there’s going to have to be a fight for it.”