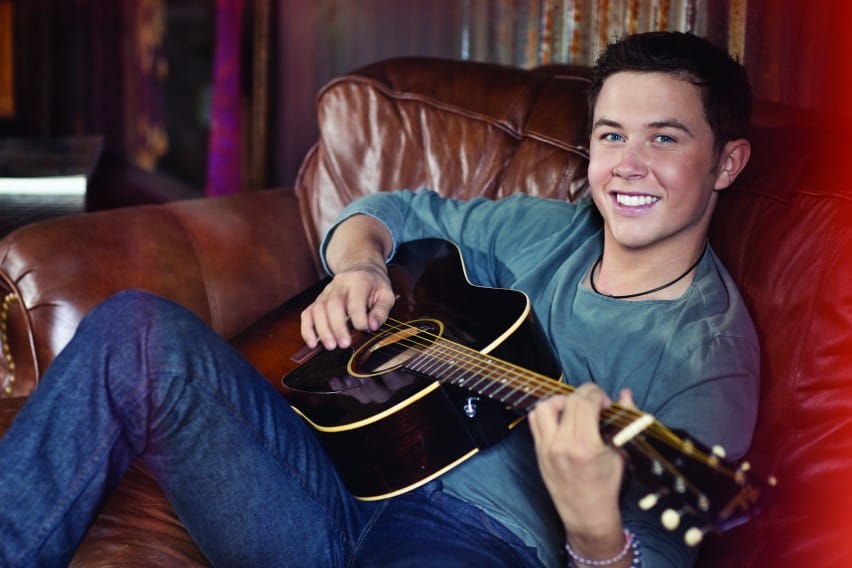 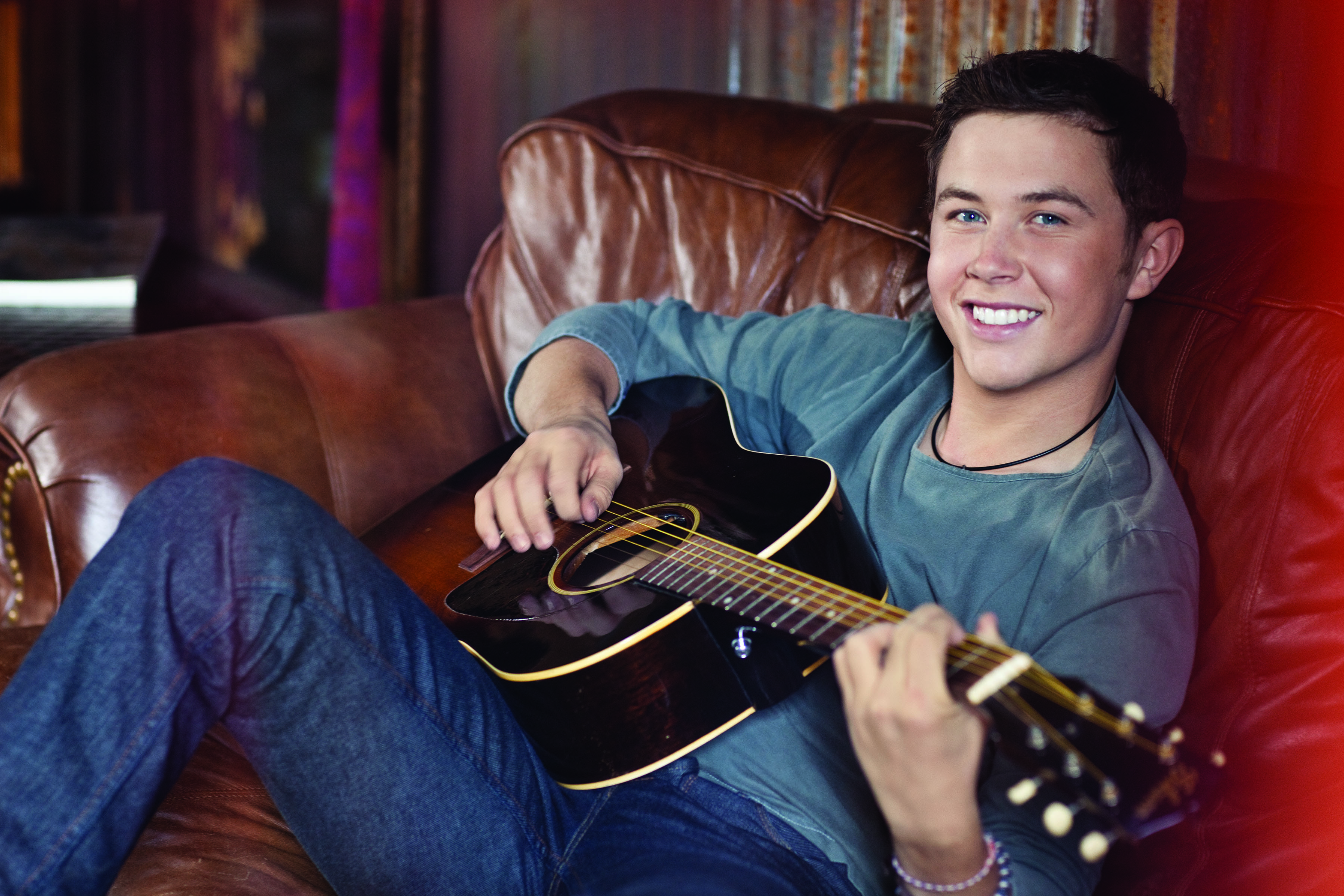 When most of his peers were listening to The Backstreet Boys in the 1990s, Scotty McCreery was tuned into Elvis.

That alone should have indicated the North Carolina native was unique.

“Elvis was cool because he had many influences that went into his music.” McCreery said. “He had the deep country roots, the R&B, the gospel. I think that’s what made him so cool. I don’t know what it was that made me latch onto him at an early age, but it was pretty intense.”

There was more. McCreery, who became the youngest male performer to ever win American Idol in 2010 at the age of 17, quickly separated himself from the rest of the show’s contestants with a deep, resonating voice.

He came to hit those lower-register notes quite easily by letting Mother Nature do the work for him.

“I went through puberty like everyone else, but I went through it pretty quick,” he said. “I skipped the whole cracking stage. I guess I got lucky. I don’t know where I got the deep voice. There is not a deep voice person on my side of the family. I’m glad it came, you know!”

McCreery arrives June 1 to perform at Spotlight 29 Casino in Coachella as part of his Weekend Road Trip 2013 Tour – his first as a headliner. Last year he built the foundation for that move by capturing New Artist of the Year at the Academy of Country Music Awards in April 2012 and won the same award at the American Country Awards in December.

He is still recording songs for his second album, which he said could hit stands by late September or early October. McCreery just finished his freshman year at North Carolina State a few days before this interview, and he talked about trying to fit in college around his singing career among other topics.

You sang on American Idol in April. How was it to go back to that environment after being away from it for a while?
“It definitely takes me back. It’s different, but the main parts and main people are still there. It’s like a family reunion of sorts. It’s a little weird. That was my life for four months. It was good to see everyone again. I did it once and that was enough because it was pretty intense. Going back once a year is fine with me.”

What was the last week on Idol like for you? How did you maintain your sanity?
“You’re right on there. It was definitely one of those weeks because it was the big show and not just singing three songs. I was recording songs for my first album (Clear As Day) while also learning the whole performance stuff with everyone else. We had to make appearances, it was a 24/7 off-time, for that week, and they were squeezing in even more.”

Lauren Alaina, who finished runner-up to you on Idol, also returned to perform on the show this year. What kind of changes have you seen in her?
“She has grown up. She was great on the show, but just to see her progress, how strong her voice is now and how good of a performer she is. She is really something else to watch.”

You think the two of you would consider performing together?
“If that opportunity arises that would be cool. We both came off the show and we both had that initial success. We’re still doing great, but we’re both looking for that hit that will take us to that next level in country music. Once we both hopefully get that, we could do a duet or a performance that would take us back to the beginnings.”

You talked about the chance to contribute to the writing of the songs on your new album compared to the first album? What was that experience like, and how much writing have you done in the past?
“The finale for Idol was May 26. May 26 they were sending me songs. It was definitely a quick deadline. We were recording songs while I was on the Idol Tour. I’m still proud of it, but it was definitely one of those things like, ‘Let’s get it out’. Now for this album, there is no deadline, looks like it will be out late September, early October, but if that doesn’t pan out and we get it out a little later or a little earlier, that’s fine. I have been in Nashville the last two days writing and recording. That process has been really good. Luckily, three or four of my tunes have been cut that I have written. I’ve been writing my whole life. I was writing songs in my bedroom upstairs and just writing them down. You hone your craft that way. Now I get a chance to write in Nashville and really hone into the whole art of doing it.”

How many hours did you take this past semester?
“I took 13, so I was full-time. After every year, I will have to take a look back and see if college is the right thing for me. My career has to be No. 1, my first priority. I think I’m still going to able to continue with college. It worked out pretty well this year. I might jump down to part-time next semester. It was definitely a lot, but it was tough. It was fun, but it was a pretty big challenge to do both.”

How did you find that balance and not get pulled away by distractions?
“It worked out alright. I took classes Mondays and Wednesdays, so I could head out on the road Wednesday night or Thursday morning. We could do what we wanted to with that schedule. But there are distractions. You want to go outside and play basketball when you should be typing a paper, but it was fun. I enjoyed it.”

Does this album go back to your true country roots more than the first one?
“The thing about my music that I want to keep true is that it has country roots while keeping it current. I couldn’t go out there and do a straight traditional country record right now. It might not make it off the shelves. It’s just not what is happening right now. I love the music, but it’s not current. I want to have that country roots with the steel guitar and fiddle. All of that makes a true country record. But still you keep it current. If you listen, you’ll hear the traditional country but you’ll still feel this could be played on the radio.”

How do you stay true to the person you are. There are temptations or things that go on in the business that can try to steer you in another direction. How do you remain the person you are before all of this started?
“I think it comes down to the people around you. When I go on the road, I try to keep my family with me. I try to bring friends with me. I just need to keep the people who have my best interests at heart. You can trust people in the industry. There are good folks for the most part. But there are people out there who aren’t looking out for you, so you just got to be careful whom you trust and keep the close ones around you. I think I’ll be alright."

What have you learned about yourself as a performer from when you are on Idol to now?
"I feel more relaxed, more comfortable. That just comes with time. Before Idol, I had never performed outside of having my guitar and having a microphone in front of me. I didn’t have to move around the stage or anything. But when I got on Idol, it was kind of like ‘What the heck?’ Now I enjoy running around, but now in a more relaxed way.”