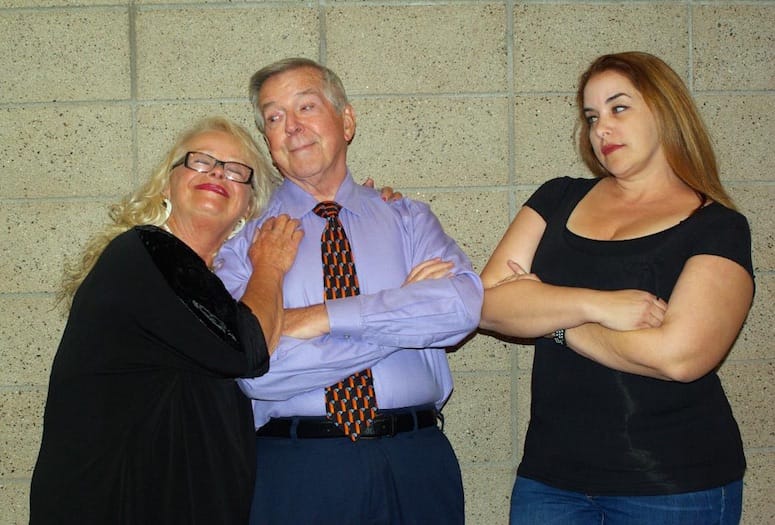 “Script2Stage2Screen is really unique,” says writer, performer, and director Jason Hull about the innovating performing arts organization founded in 2010 as a vehicle to showcase original plays. “It exists for the benefit of the playwright. They’re currently wrapping up their tenth season. Anytime you see an S2S2S show, you’ll be seeing something you’ve never seen before, hearing a script you’ve never heard before.”

Every summer from May 1 to July 1, a reading committee accepts submissions from playwrights all over the country who are eager to see/hear their work read for the first time. The approximately seven plays selected then comprise the company’s next season of staged readings. But these are not your typical “staged readings,” Hull says: “You won’t just see a group of actors standing behind music stands reading from scripts. S2S2S productions are blocked and incorporate both props and sound.”

Each show has a brief rehearsal period before it’s mounted for two performances. “Most full staged productions have 20, 25 rehearsals,” Hull says. “We generally have a table read followed by eight rehearsals.” The main difference between a S2S2S show and a fully-staged production is the lack of stage lighting — and the fact that the performers hold their scripts throughout. However, “if we do our jobs well as actors,” Hull says, “the script will just disappear in about 15 seconds. The audience will just forget we’re even holding it.”

The benefit for the playwright is the opportunity to get a sense of what their play will look and sound like on stage. And not just to hear it, but to actually see actors moving around and doing business and working with props. And since readings are usually followed by a quick Q&A, they’re also able to get immediate feedback from audience members, who share their thoughts on what they thought worked and what didn’t. 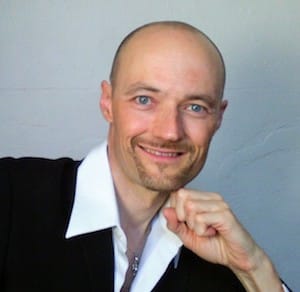 Jason Hull, writer and director of Myrna’s Getting Married.

Opening this weekend is Myrna’s Getting Married, written and directed by Hull. The action centers around Myrna, the owner of a traveling carnival, who was born to a loving, wealthy — and now deceased — father with two children from a previous marriage. A trust is due to split his hefty fortune evenly among his three offspring in one month’s time — unless one sibling happens to marry before that date, and in that case he or she gets it all. One sibling is gay and supportive of Myrna, while the other is hatefully un-wedable and hell-bent on putting a stop to the nuptials. “It’s very silly, and it’s very funny,” Hull says. “It’s a family [tale of] love, greed, money, all wrapped up — and with wombats strewn in as well.”

Hull, a Tennessee native who moved to the Coachella Valley in 2008 and has since appeared in a number of plays in Greater Palm Springs and rocked his share of open mics, is also the author of a novel, Sand Drawings. But he clearly has a soft spot for the projects he’s done with S2S2S.

“I have been fortunate enough to have worked here every year,” Hull says. “There’s no guarantee; I still have to crank something out and submit it to the reading committee by the deadline. I keep my fingers crossed that they’re going to like it. But I’m very lucky — my work has been featured more than any other playwright.” 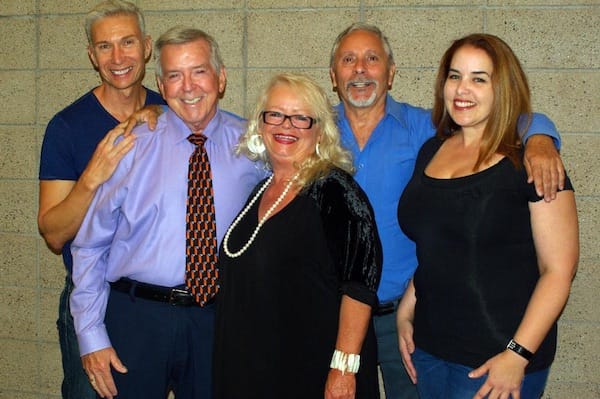 The cast of Myrna’s Getting Married.

Myrna’s Getting Married, a comedy about love, family, greed, and wombats, runs May 3–4 at the Unitarian Universalist Church of the Desert in Rancho Mirage. Tickets are $10 at the door. For more information, visit script2stage2screen.com.