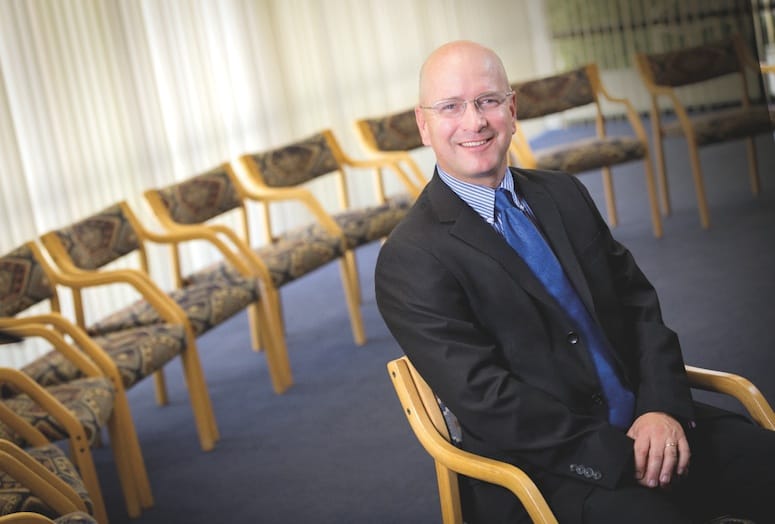 Forging healthier connections can mean everything to a recovering addict, so it’s fitting that Dr. Sean A. Barlow, chief psychiatrist at Betty Ford Center, is driven by the interconnectedness of emotions, biology, and society.

“Whether it’s helping people get sober, treating their depression or mania, or hearing their thoughts about being abused, I get to go into people’s psyches every day,” Barlow says. “I hear their deepest, darkest secrets and get the opportunity to make a big difference in their lives.”

It was this curiosity about the human condition that motivated Barlow to begin reading psychology and psychiatry texts at age 12. It carried him all the way to his current position as a specialist in addiction psychiatry.

Barlow’s outlook integrates traditional methodologies with developments in addiction therapy that took place in the 1990s.

“That’s when it became clear that addiction is a medical illness and not a moral issue,” he says. “Addiction came to be seen as more of a biological illness, like diabetes or hypertension.” However, Barlow also credits factors that contribute to addiction outside of biology, such as psychological and social factors. “We meld all three of those modalities into one cohesive unit to come up with the best treatments,” he says.

Barlow is also a consulting mental-health physician at the Barbara Sinatra Children’s Center, an outpatient facility that treats children who have been emotionally, sexually, or physically abused.

“In treating adolescents, my approach is to create a strong interpersonal connection,” Barlow says. “Not that my style with adults is authoritarian — I strive for humanity and ease of interaction — but with teens, I can still access my own adolescent years, even though they’re far past me.”

An active outdoorsman who finds spiritual connection in nature, Barlow believes in a synthesis of approaches to healing.

“There can be a union of the psychiatric medications with therapy, whether it’s talk therapy, exercise, movement therapy, whatever it may be,” he says. “Together, globally, all those things work better than one of them alone. Whether we’re talking about recovery from substances or recovery from mood disorders or anxiety disorders, there is a good success rate. If people keep on working at it, success can be around the corner.”

VIDEO: A conversation with Dr. Sean A. Barlow.